Two weeks ago I wrote about how the Salvation Army in Victoria proudly published on their website their complete endorsement of the diabolical “Safe Schools” program. It was utterly shocking, and caused widespread angst, consternation and criticism – and rightly so – from countless ordinary Salvos and concerned Christians worldwide.

That piece can be found here: billmuehlenberg.com/2016/11/16/compromised-christianity-treachery-betrayal/

In the past 14 days TSA received heaps of flak from folks in Australia and overseas, so much so that the National Salvo leadership was forced to step in and order a review of the whole sad episode. As a result, TSA has gone from complete (Victorian) support of this wretched program to qualified (National) support. 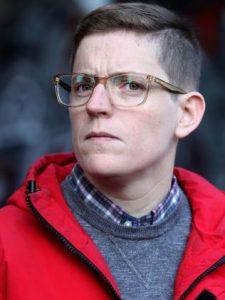 That is a small but welcome step. Of course the Victorian Salvo leadership should never have gone down this path in the first place. Just what were they thinking? A filthy and perverted pro-homosexual indoctrination program created by an avowed Marxist is something they could wholeheartedly support and endorse? Seriously?

So we are indeed grateful that so many ordinary believers let their concerns be known to the Salvos, and that they saw the need to take a somewhat new direction on all this. That is good news and that is clearly an answer to probably millions of prayers.

The new statement is far from satisfactory, but at least it is a step in the right direction, and we can hope that things continue to improve from hereon in. Here in full is the new national statement which circumvents the older Victorian one:

The Salvation Army is a Christian movement dedicated to sharing the love of Jesus. We purposefully work to reveal this love to everyone by building loving communities combined with the provision of spiritual, emotional and material support. Our compassionate participation has evolved over 136 years of service in all spheres of the Australian community, especially to people who are vulnerable, suffering and underprivileged and we are humbled that our efforts are so widely welcomed, encouraged and supported.

This non-discriminatory commitment to love and serve others is highlighted in our international mission statement which says we are: ‘to preach the gospel of Jesus Christ and to meet human needs in His name without discrimination’. We believe that God loves everyone. We call on all Salvationists and community members to show this same love to others.

We have zero tolerance for bullying and as such, there is no situation where it is acceptable. Every person regardless of race, disability, sexual orientation, gender identity, age or religion has the right to feel safe so they can achieve their full God-given potential. We emphasize that the alarming high rate of bullying and suicide among LGBTIQ school students evokes deep concern within The Salvation Army.

There are many accounts of marginalised students benefiting from aspects of the Safe Schools programs which have resulted in a safer, more caring culture forming in those schools. In this regard, we recognise the program’s intent to address bullying. Whilst acknowledging such positive outcomes, The Salvation Army cannot unconditionally support the Safe Schools programs in Australia in their current form. We believe there needs to be consideration and refinement to the scope and form of implementation.

We believe the availability of support services for every vulnerable student including those identifying as LGBTIQ is vital. We also believe the provision of a government approved anti-bullying program needs to consider all high risk student groups. To this end, The Salvation Army is open to working with State and Federal Governments and other agencies to develop a program that more comprehensively addresses the issues associated with bullying within schools.

For further information or to make comment, please email the National Secretary for Communications at – nsc@aus.salvationarmy.org

As mentioned, this is a good start, although there are probably more questions raised than answered here. All we are told is that TSA “cannot unconditionally support” the SS program and “there needs to be consideration and refinement to the scope and form of implementation”.

What exactly that means is of course anyone’s guess. What sort of “consideration and refinement” are we talking about here? A few bits of tinkering around the edges, or something much more fundamental? Given that the entire program is about Marxist social engineering and the total promotion of all things homosexual and transgender, along with the complete assault on gender and sexuality as God designed it, cosmetic changes certainly will not suffice.

One could also assess the new statement in terms of the whole counsel of God. In the 400-word statement, the word ‘love’ is mentioned 9 times. We also have plenty of words from the progressive lexicon such as discrimination, compassion, tolerance, sexual orientation, and the like.

But how many times do we find biblical words and concepts like the following mentioned: holiness, righteousness, purity, sin, justice, marriage, the sin of homosexuality, and so on? Not once. All in all this reads like something that the Labor left or the Greens might have written, rather than something William and Catherine Booth might have penned.

One can understand seeking to be very careful in what one says publically, especially when government funding is involved. However Christian organisations should never shy away from proclaiming biblical truth in all its fullness. But the fact that this retraction of sorts has occurred is something I and many others can applaud as a first step.

It remains to be seen however how all this will pan out. As mentioned, if just a few cosmetic changes are run with, then we are back to square one. But if a substantial and deep-rooted set of changes is proffered, then we will be moving in the right direction indeed.

For what it is worth, my suggestion would be that they not support the SS program at all, and instead develop a genuine anti-bullying program which covers everyone, and is not just a cheap excuse for homosexual propaganda and proselytising.

In the meantime, please keep praying for the Salvo leadership, and please keep letting them know what you think. Well done to all of you who prayed, and all of you who raised your voices and expressed your deep concerns. You are champs.