The process of salvation, and how it occurs, is at the heart of the Christian faith. While it is such a basic part of our faith, I find myself needing to keep writing on this, seeking to clarify things, deal with misconceptions, and make the biblical case once again. It seems all sorts of misunderstandings and distortions abound on this matter.

This is done by grace through faith (Ephesians 2:8-9). This initial step is really all God’s doing. We cannot save ourselves, but we can only cast ourselves on his mercy, and come to him under his terms. So in that sense salvation is all about what we call monergism (the work of one alone – that is, God). 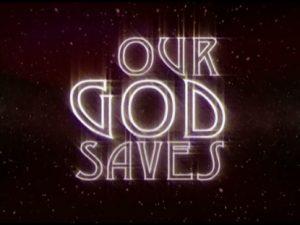 But the rest of the Christian life (what we call sanctification) is indeed a fully cooperative effort. In this sense salvation is all about synergism (the combined work of God and man). We work together with God to grow in grace and become more Christlike and holy.

If we can keep these distinctions in mind, a lot of our debates and arguments over salvation and how it is achieved could be greatly reduced. A lot of theological skirmishes and battles would be unnecessary if we could keep this dual understanding of salvation in mind.

I mention all this for two reasons: One, these debates occur all the time, and on a regular basis one can see Christians fighting over this. So it is good to keep trying to make these sorts of clarifications and distinctions. But two, I am again reading through the Pentateuch, as I do each year at this time, and I am again impressed at how the story of Israel is just so similar as it is for Christians in this regard.

That is, they too had a justification by grace experience, and they too had a cooperation with God sanctification experience. More specifically, Israel was saved by Yahweh and his grace alone at the time of the exodus. God called them, God saved them, and God delivered them – it was all the work of Yahweh alone.

Israel could not have saved herself. But, after the exodus we had the wilderness wanderings leading to the entry into the Promised Land. Simply look at how they were to take Canaan: it was a cooperative effort all the way. Over and over again God told them that he would give them the land, but over and over again God commanded them to go and take the land.

A contradiction? No, and it is the very same thing as New Testament sanctification. God promises by his grace to conform us to the image of his son, but we are given hundreds of commands in the NT in helping bring this about. We must obey God, we must deny self, we must say no to sin, we must crucify the flesh, we must put off the old man, we must put on the new man, and so on.

We are commanded to do all sorts of things to make progressive sanctification a reality, yet at the same time we read about how God is at work in us, making all this happen as well (see Philippians 2:13 eg.). Thus it is a joint effort. Our sanctification could never happen if God were not there helping and enabling us every step of the way by his Spirit. But neither could it happen if we did not do all the things we are commanded to do. Synergism, in other words, is going on here.

But let me return to the Old Testament. Consider some of the many OT texts on this (I have over 60 such passages I have noted on this topic). Over and over again we see God promising to give Israel the land, but also he insists that they must take possession of it and fight for it. Here are just two of them from Numbers:

Numbers 33:51-53 When you cross the Jordan into Canaan, drive out all the inhabitants of the land before you. Destroy all their carved images and their cast idols, and demolish all their high places. Take possession of the land and settle in it, for I have given you the land to possess.

Numbers 32:20-22 Then Moses said to them, “If you will do this—if you will arm yourselves before the Lord for battle and if all of you who are armed cross over the Jordan before the Lord until he has driven his enemies out before him— then when the land is subdued before the Lord, you may return and be free from your obligation to the Lord and to Israel. And this land will be your possession before the Lord.”

Deuteronomy 1:8 See, I have given you this land. Go in and take possession of the land the Lord swore he would give to your fathers—to Abraham, Isaac and Jacob—and to their descendants after them.

Deuteronomy 1:21 See, the Lord your God has given you the land. Go up and take possession of it as the Lord, the God of your ancestors, told you.

Deuteronomy 2:31 The Lord said to me, “See, I have begun to deliver Sihon and his country over to you. Now begin to conquer and possess his land.”

Deuteronomy 3:18-20 I commanded you at that time: “The Lord your God has given you this land to take possession of it. But all your able-bodied men, armed for battle, must cross over ahead of the other Israelites. Even you, until the Lord gives rest to your fellow Israelites as he has to you, and they too have taken over the land that the Lord your God is giving them across the Jordan. After that, each of you may go back to the possession I have given you.”

Deuteronomy 12:29-30 The LORD your God will cut off before you the nations you are about to invade and dispossess. But when you have driven them out and settled in their land, and after they have been destroyed before you, be careful not to be ensnared by inquiring about their gods.

There are dozens more such passages in Deuteronomy, and they can also be found in Joshua, Judges and other OT books. They could not be clearer. God gives the land. Israel fights for the land. This is not a contradiction. It is a cooperative effort. One without the other just will not cut it. Without God fighting on their behalf, Israel is toast. But without Israel actually going in, armed for battle, and waging war, they will not take Canaan.

As mentioned, our sanctification as believers today is of the same variety – a team effort. Just as with ancient Israel, so too the Christian today: the initial work of salvation and deliverance is fully of God, but an ongoing life of faith and obedience characterises the remainder of our walk with God.

Yes God saves us by his grace, but that is only the beginning. The rest of our life as Christians is one of cooperating with God, obeying God, taking possession of all that he has for us in Christ. Yes he graciously and freely blesses us with all this, but we have to lay hold of it and appropriate it. It is a team effort.

Sure, this does not cover all aspects of the debate, and plenty of theological questions and discussions remain. And such things have their place. The mysteries of divine sovereignty and human responsibility will never be fully comprehended in our lifetime. But we all can thank God that however it all works out, it does indeed work.

Our God saves. And the words of Yahweh to Joshua are fully applicable to us as well: “There remains yet very much land to possess” (Joshua 13:1).

5 Replies to “Salvation, Cooperation with God, and the Christian Life”