Anyone involved in the culture wars, in political debates, or in discussing the various social and moral hot potato issues of the day, will be well aware of what it is like to have to deal with ideologues. They can be a very scary bunch indeed.

So just what is an ideologue? A quick search for a few online definitions gives us this:
-an adherent of an ideology, especially one who is uncompromising and dogmatic.
-an often blindly partisan advocate or adherent of a particular ideology.

Victor Reppert, author of C. S. Lewis’s Dangerous Idea: In Defense of the Argument from Reason (IVP, 2003), once put it this way:

“An ideologue is someone who looks at everything through the ‘glasses’ of their favored viewpoint, and refuses to allow any merit in the perspective of someone who sees things from an opposing perspective. In debate or discussion an ideologue will invariably make no concessions whatsoever to the other side. Nothing that someone on the other side says has any legitimacy whatsoever.” 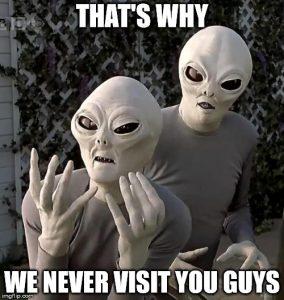 And someone who holds fiercely to a particular point of view even though it is incoherent and not at all in sync with reality would be another type of ideologue we would want to resist, or give a very wide berth to. Folks defending the indefensible, and those defending just plain absurd stances are among the worst of the ideologues we have to contend with.

An absolutely perfect example of this (and yes I know, there would be plenty to choose from here), was just featured in a recent debate on Fox News. This guy was a real lulu. Talk about a mindless ideologue who refuses to let facts and reality get in his way.

I refer to DNC Senior Adviser and head of the Democrats’ Trump War Room Zac Petkanas, and his debate with Fox News host Tucker Carlson. The discussion was on transgenderism, and Trump’s decision to reverse President Obama’s guidelines on transgendered students.

Petkanas called Trump a “monster” for doing this, so Carlson asked him if Obama was also a monster since for seven years he did not come out with this policy. Petkanas simply kept changing the subject instead of answering that question. But soon the debate got real interesting, as Carlson pressed Petkanas to explain just how one can become a different sex simply by saying so.

The gender bender ideologues of course have this at the very heart of their position: gender is simply a social construct, and it has no basis whatsoever in biology or reality. Thus one’s gender is determined in exactly the same way as one decides which colour of socks one will wear for the day: entirely by choice.

Carlson said the debate must move from politics to the actual science: “The core question is, ‘What constitutes male and female?’” If sex is determined by the individual, how do I know if a person is a man or a woman? Is there some absolute standard to meet on this or not?

Carlson had to remind the Democrat ideologue that such anti-biological and anti-reality views have very real implications for all sorts of things. Consider the sex-segregated basis for women’s sporting teams, women’s prisons, women’s colleges, and so on. Can any guy simply call himself a woman and roll up to these things, demanding to be included?

And could a guy for example get a Small Business Administration loan for women-owned businesses if he simply identifies as a woman? Again, Petkanas refused – or was unable – to answer Carlson. All he could come up with was the most moronic and appalling gender bender moonbattery: “One’s gender identity is enough to show what gender they are.”

And again: “Your gender identity determines your gender, period.” Now this is the stuff of mentally challenged ideologues in action. It does not get any better – or worse – than that. When folks live with both feet planted in mid-air, this is the sort of stuff you are going to get.

Thankfully Carlson kept pressing him on this. He kept asking Petkanas to name one scientist or one biologist anywhere in the world who says that your gender is simply whatever you want it to be. “Is there science behind this? I want you to name a single scientist, just one, who says you can determine your own sex just by saying so. Can you name one scientist who says that?”

Petkanas could not, so Carlson took the argument a step further. “What’s the science exactly? That you are what you say you are? Can I change my race too?” Petkanas tried to wiggle out of this one, even accusing Carlson of “right-wing pseudo-science”.

Yes he actually said that! So to insist that a man cannot just become a woman by magic, like pulling a rabbit out of a hat, is just “right-wing pseudo-science”? Really. Thankfully Carlson continued, “If you can change your sex, why can’t you change your race?”

As Petkanas struggled to say anything that made the slightest bit of sense, Carlson kept at it: “What if I said I’m another race, who are you to say I’m not?” Once again, Petkanas was utterly unable to answer. How could he? As an ideologue, he had to stand his ground on his bizarre gender bender ideology no matter what.

He could not admit to any contrary evidence, or indeed, to any evidence at all. He simply had to defend his ideology at all costs. And that my friend is what an ideologue is. Petkanas is the perfect example of an ideologue who has decided that the renunciation of reason, fact, biology and even reality is worth it in order to maintain and defend one’s ideology. No matter how utterly idiotic and lunatic it is, you defend it to the death.

No wonder so many have insisted that liberalism is a mental illness. How else can one explain such total madness? Liberal ideologues are as bad as they come. Petkanas, you sir are an ideologue. Or, to use fully acceptable biblical parlance, you sir are a fool.

You can see the full exchange in this 8 ½ minute video clip: www.youtube.com/watch?v=0fZ6bPjj0OI