The Easter event is the most important event in human history. Without the death and resurrection of Jesus Christ we would all be lost – forever. The love relationship God desired with his creatures was marred by sin and rebellion, and there was nothing we could do to make things right.

So he took the initiative, he sent his Son, he allowed our punishment to fall on him, and he let himself, in some strange way, die on our behalf. But he rose again and all who now come to Christ in repentance and faith can experience new life, and a restored relationship with God. 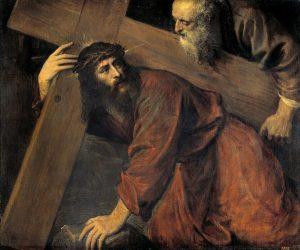 There is nothing greater or more important than this. That is why Easter is so utterly important, and that is why we must never trivialise it nor minimise it. It is the turning point of human history. It is indeed the greatest story ever told. With two thousand years of reflection and meditation and writing on this, I have nothing new to add here.

With so much already written on the Cross of Christ and what it has achieved for us, allow me if you will to simply offer a number of stirring and inspiring quotes. They are just a drop in the bucket, and plenty more could be offered here of course.

But taken together they offer us something of what the Easter story is all about, and why the Cross is the lynchpin of human history. Here they are in no particular order:

“God undertook the most dramatic rescue operation in cosmic history. He determined to save the human race from self-destruction, and He sent His Son Jesus Christ to salvage and redeem them. The work of man’s redemption was accomplished at the cross.” Billy Graham

“Easter is always the answer to ‘My God, my God, why hast thou forsaken me!’” Madeleine L’Engle

“As they were looking on, so we too gaze on his wounds as he hangs. We see his blood as he dies. We see the price offered by the redeemer, touch the scars of his resurrection. He bows his head, as if to kiss you. His heart is made bare open, as it were, in love to you. His arms are extended that he may embrace you. His whole body is displayed for your redemption. Ponder how great these things are. Let all this be rightly weighed in your mind: as he was once fixed to the cross in every part of his body for you, so he may now be fixed in every part of your soul.” Augustine

“It was Christ who willingly went to the cross, and it was our sins that took him there.” Franklin Graham

“As we face the cross, then, we can say to ourselves both, “I did it, my sins sent him there,” and “He did it, his love took him there.” John Stott

“It costs God nothing, so far as we know, to create nice things: but to convert rebellious wills cost Him crucifixion.” C. S. Lewis

“The heart of the Christian Gospel with its incarnation and atonement is in the cross and the resurrection. Jesus was born to die.” Billy Graham

“The great event on Calvary . . . is an eternal reminder to a power drunk generation that love is the most durable power in the world, and that it is at bottom the heartbeat of the moral cosmos. Only through achieving this love can you expect to matriculate into the university of eternal life.” Martin Luther

“Jesus has borne the death penalty on our behalf. Behold the wonder! There He hangs upon the cross! This is the greatest sight you will ever see. Son of God and Son of Man, there He hangs, bearing pains unutterable, the just for the unjust, to bring us to God. Oh, the glory of that sight!” Charles Spurgeon

“Miserable indeed is that religious teaching which calls itself Christian, and yet contains nothing of the cross.” J. C. Ryle

“All of heaven is interested in the cross of Christ, hell afraid of it, while men are the only ones to ignore its meaning.” Oswald Chambers

“When Jesus died on the cross the mercy of God did not become any greater. It could not become any greater, for it was already infinite. We get the odd notion that God is showing mercy because Jesus died. No – Jesus died because God is showing mercy. It was the mercy of God that gave us Calvary, not Calvary that gave us mercy. If God had not been merciful there would have been no incarnation, no babe in the manger, no man on a cross and no open tomb.” A. W. Tozer

“Let us go to Calvary to learn how we may be forgiven. And then let us linger there to learn how to forgive.” Charles Spurgeon

“The most obscene symbol in human history is the Cross; yet in its ugliness it remains the most eloquent testimony to human dignity.” R. C. Sproul

“Outside of the cross of Jesus Christ, there is no hope in this world. That cross and resurrection at the core of the Gospel is the only hope for humanity. Wherever you go, ask God for wisdom on how to get that Gospel in, even in the toughest situations of life.” Ravi Zacharias

“The cross … is the watershed event for the whole of the cosmos, affecting everything after it”. J. Louis Martyn

“God, who needs nothing, loves into existence wholly superfluous creatures in order that He may love and perfect them. He creates the universe, already foreseeing – or should we say ‘seeing’? there are no tenses in God – the buzzing cloud of flies about the cross, the flayed back pressed against the uneven stake, the nails driven through the medial nerves, the repeated incipient suffocation as the body droops, the repeated torture of back and arms as it is time after time, for breath’s sake, hitched up. If I may dare the biological image, God is a ‘host’ who deliberately creates His own parasites; causes us to be that we may exploit and ‘take advantage of’ Him. Herein is love. This is the diagram of Love Himself, the inventor of all loves.” C. S. Lewis

“God Hold us to that which drew us first, when the Cross was the attraction, and we wanted nothing else.” Amy Carmichael

“Jesus’ death was seen by Jesus himself … as the ultimate means by which God’s kingdom was established. The crucifixion was the shocking answer to the prayer that God’s kingdom would come on earth as in heaven.” N. T. Wright

“In the cross of Christ justice was fully done, its claims were fully met and God’s mercy to sinners triumphed in the provision of a complete forgiveness and a full salvation. . . . Judgment looks at our deserts; mercy at our needs. And God himself looks at the cross of his Son.” John Stott

“The reconciliation of justice with mercy lies in the Cross. God does not balance mercy and justice; He accomplishes both to the full.” J. Budziszewski 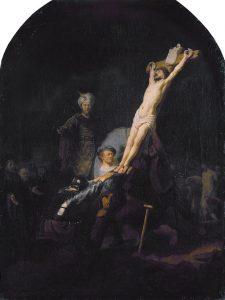 “Look again at the cross, my friend. Take another survey. Examine it again with greater depth and profundity, and having seen the grace and the mercy and the compassion and the kindness of God, look again and this is what you will see. You will see the righteousness of God. You will see the justice of God and his holiness. It is the place of all places in the universe where these attributes of God can be seen most plainly.” Martyn Lloyd-Jones

“I wonder maybe if our Lord does not suffer more from our indifference, than He did from the crucifixion.” Fulton J. Sheen

“Life is wasted if we do not grasp the glory of the cross, cherish it for the treasure that it is, and cleave to it as the highest price of every pleasure and the deepest comfort in every pain. What was once foolishness to us—a crucified God—must become our wisdom and our power and our only boast in this world.” John Piper

“Come, and see the victories of the cross. Christ’s wounds are your healings, His agonies your repose, His conflicts your conquests, His groans your songs, His pains your ease, His shame your glory, His death your life, His sufferings your salvation.” Matthew Henry

“But far be it from me to boast except in the cross of our Lord Jesus Christ, by which the world has been crucified to me, and I to the world.” The Apostle Paul

Let me conclude by reminding you of the wonderful painting “The Raising of the Cross”. In it we find Rembrandt crucifying Christ. He sure got the gospel right. Have we done the same? Do we really understand the vital truth that we (you and me) put Christ on the cross? We can never become a true Christian until we personally and profoundly grasp that reality.