The Old Testament prophets were well known as bearers of bad news. Their hard words, especially about judgment to come and the need for repentance, did not exactly make them the life of the party. They certainly were not on very many ‘Most fun people to be around with’ lists!

They were not exactly regarded as upbeat types, who made people happy and comfortable to be around with. It was a very lonely calling therefore. They had to be faithful in delivering the word of the Lord, even if it was mainly bad news instead of good news.

And those who preferred their religion to be on the happy-clappy side of things, with no negative vibes attached, would certainly steer well clear of any prophets or watchmen on the wall. They were avoided like the plague by most folks, and their social calendar would have been completely empty. 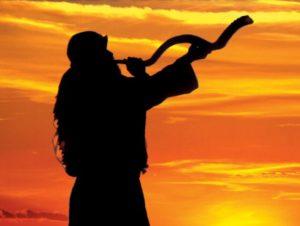 Such is the lot of those God raises up to offer a prophetic type of ministry. It is never much fun, and you don’t exactly have heaps of friends or get invited to many parties! Over the years I have come to realise that this is basically the calling God has placed on my life.

I can seek to run away from it, just grin and bear it, or seek to fulfil it as best I can by God’s grace. But taking on the prophetic ministry means you have to resign yourself to the fact that you will not have heaps of friends, you will get few speaking gigs, and you will be routinely criticised, disliked and shunned by many – including most other Christians.

But just as the prophets and watchmen and sentinels of old fulfilled their God-given calling regardless of all the negative reactions they produced – and I am so glad they did – so too those who have a similar calling today must remain faithful and resolute, and they must persevere despite all the hostility and criticism.

So if you find yourself called to such a ministry, you need to surround yourself with those who will solidly support what you do and regularly pray for your work. The prophet’s life is lonely enough, and without some encouragement along the way and consistent prayer support, the burden can become too much.

But as stated, the critics and the knockers will always be out there. Whether they are well-intentioned or ill-intentioned, they will seek to deter you from what you are doing and may cause you to walk away from your calling. You need to be very wise and prayerful about their criticisms and concerns.

Yes we can all learn from our critics, and we must take their rebukes and accusations to the Lord to see if there be any truth to them. But we also need to develop a tough skin, so that the least bit of criticism does not throw us off our appointed paths.

It is so very easy to just want to give up as the criticism and rebukes flow in. As but one example, I was recently going to post something elsewhere, but ended up not doing so, since a criticism of a brother had just come my way. I am still not fully sure if I chickened out because of the fear of man, or if I was maybe being wise there in not running with the post.

But I share all this since some of you do have such a calling, and you need all the support and encouragement that you can get. It is so easy to let the attacks of other believers get the best of you. And they may be well-meaning as I said, but they may be missing what God has called you to do.

So remaining humble and teachable – as always – is a great place to be in as you seek to do the work of the Lord. Being open to the many criticisms that will come your way is also important. And come they will. I get them all the time, as do others in this sort of ministry.

Let me mention just a few recent examples. One person, commenting on a post about some ugly abortion activities, said that he deleted it and did not care whether it was true or not. The person said that he did not think he needed to know about such evil, and would just think about how great Jesus is. Another person said she wanted to hear some positive stories, something uplifting, something to praise God about, and not just all the negative ones.

So how might we respond to such things? As is often the case, there is a yes-no response here. Yes, we do not need to be familiar with all the evil that is out there, but no, we should not hide our heads in the sand. We need to be aware of what is going on in our world, within reason.

Pretending the Nazis were not killing and enslaving millions for example is not exactly a Christian response. Pretending millions of babies are not being slaughtered every year is also an unbiblical response. Wilberforce knew all about the evils of the slave trade, which is why he was so effective in fighting it.

So while we should not fully immerse ourselves in all the evil that is out there, we cannot pretend it does not exist either. Thus a biblical balance is needed here, as is so often the case. As to the charge that we are mainly negative, well, I cannot speak for others and what they may be called of God to do, but I can speak of my own ministry and calling.

As I have said, the watchman on the wall role seems to be what I am engaged in. As found in Ezekiel 3 and 33, this involves offering warnings of danger or judgment to come when necessary. And contained in these two passages are some very frightening words: if the watchman will not carry out these words of warning, he will have blood on his hands. I do not want to be in that place.

To those who complain that I don’t write anything uplifting, praiseworthy, and good news-ish, I simply ask them if they have read all 4000 of my articles. The truth is, I have penned many such positive articles over the years. While they may be in the minority, they are certainly there.

If one simply reads the articles found in my “Sermons and Devotionals” section they will find 630 articles, most of them very encouraging and edifying I would have thought. But it is not my calling to artificially have 50 per cent positive articles and 50 per cent negative ones.

Those who just want the positive stuff alone are well serviced elsewhere. There exist plenty of ministries – often mega-ministries with millions of followers – where only happy-clappy good news is proclaimed. You will never hear anything negative or discouraging or sober there. Indeed, you will hear only what you want to hear, not what you may need to hear.

Well, that is not my calling, sorry. So if you want only the stuff that makes you feel good, then you will really want to stay away from places like CultureWatch and other such sites. We do not offer sickly sweet sentimentalism or feel good, upbeat pop sermonettes.

I write all this as much for others as for myself. I have long ago accepted the call of God on my life, and have also accepted the fact that such a ministry will not be making me a lot of friends, but will result in plenty of opposition and enmity. As mentioned, I need to listen to the critics prayerfully to see if they have truth that I need to receive and apply to myself.

But I also must set my face like flint (as Isaiah put it), to carry out the prophetic task. Sure, I often offer back to God the work that I do, reminding him I am quite happy to give it all up if he so leads. I would be more than happy to not have the regular flow of hatred, abuse and vitriol! But I will remain faithful as long as he still calls me to do this work.

So keep on keeping on for God. Remember that the prophet’s job is never an easy one. Let me close with the words of a few saints who know far more about all this than I ever will:

“The prophet must needs have the heart of a child and the hide of a rhinoceros. His problem is how to toughen his hide without hardening his heart. That combination can be achieved only by the grace of God.” Vance Havner

“The voice of the prophet today is seldom heard, not because there are no prophets speaking for God, but because the noise and clatter of our culture have so invaded the church that they have drowned out that voice.” A. W. Tozer

“We are not diplomats but prophets, and our message is not a compromise but an ultimatum.” A. W. Tozer

“Yes, if evangelical Christianity is to stay alive she must have men again, the right kind of men. She must repudiate the weaklings who dare not speak out, and she must seek in prayer and much humility the coming again of men of the stuff prophets and martyrs are made of.” A. W. Tozer

“The true prophet of God is not concerned first of all about the nation, or even about the Church. He is concerned that God is insulted openly; that God’s laws are broken; that God’s Son is rejected, and this in a land that is seemingly saturated with the gospel.” Leonard Ravenhill

“The prophet is violated during his ministry, but he is vindicated by history. There is a terrible vacuum in evangelical Christianity today. The missing person in our ranks is the prophet. The man with a terrible earnestness. The man totally otherworldly. The man rejected by other men, even other good men, because they consider him too austere, too severely committed, too negative and unsociable.” Leonard Ravenhill