In the Christian life we are not on a holiday but in a war. I realise that most Western believers do not think in these terms, but that is because carnality, compromise and cowardliness have so very much ravaged our churches today. So most contemporary Christians are on a cruise ship when they should be on a battleship.

The great champions of the faith of yesteryear knew all about the battlefield that Christians are in. Let me highlight just one of them: Charles Spurgeon, the great English preacher of 19th century. He often spoke about how Christians are at war and how they need to act accordingly. Here are just two quotes of his: 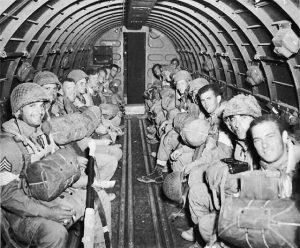 “Where are you? You are in enemy country, a stranger and an alien. The world is not your friend. If it is, then you are not God’s friend, for whoever is the friend of the world is the enemy of God. Be certain that you will find enemies everywhere. When you sleep, remember that you are resting on the battlefield; when you travel, suspect an ambush in every hedge.”

“The Church of Christ is continually represented under the figure of an army; yet its Captain is the Prince of Peace; its object is the establishment of peace, and its soldiers are men of a peaceful disposition. The spirit of war is at the extremely opposite point to the spirit of the gospel. Yet nevertheless, the church on earth has, and until the second advent must be, the church militant, the church armed, the church warring, the church conquering. And how is this? It is in the very order of things that so it must be. Truth could not be truth in this world if it were not a warring thing, and we should at once suspect that it were not true if error were friends with it. The spotless purity of truth must always be at war with the blackness of heresy and lies.”

I was just recently reading in the daily devotional, Mornings and Evenings with Spurgeon. In his August 5 evening devotional he wrote on Numbers 32:6 which says, “Moses said to the Gadites and Reubenites, ‘Should your fellow Israelites go to war while you sit here?’”

He points out that just as all the Israelites had to be involved in warfare and join in the battle, so too believers today must do the same. Spurgeon begins his piece with these words:

Kindred has its obligations. The Reubenites and Gadites would have been unbrotherly if they had claimed the land which had been conquered, and had left the rest of the people to fight for their portions alone. We have received much by means of the efforts and sufferings of the saints in years gone by, and if we do not make some return to the church of Christ by giving her our best energies, we are unworthy to be enrolled in her ranks.
Others are combating the errors of the age manfully, or excavating perishing ones from amid the ruins of the fall, and if we fold our hands in idleness we had need be warned, lest the curse of Meroz fall upon us. The Master of the vineyard says, “Why do you stand here all the day idle?” What is the idler’s excuse? Personal service for Jesus becomes all the more the duty of all because it is cheerfully and abundantly rendered by some.
The toils of devoted missionaries and fervent ministers shame us if we sit still in indolence. Shrinking from trial is the temptation of those who are at ease in Zion: they would try to escape the cross and yet wear the crown; to them the question for this evening’s meditation is very applicable.

Exactly. There are so many devout disciples of Christ who are working so hard for the Kingdom, but they feel so very much alone. They are on the frontlines, facing vast opposing armies, but when they look back they find very few of their own side out there with them.

Yes it is true that God works through a remnant, through a minority. But even the bravest soldier needs some backup. Even the greatest Christian warrior can use some reinforcements. No believer can do all the fighting alone. He needs the support of others.

But so often that support is lacking. So often those who are on the frontlines are battling away with very little help from other Christians. Even some spiritual firepower in the form of intercessory prayer and spiritual warfare would be appreciated, but that too is so often lacking.

In a time of war there must be no lone soldiers. We need a united and dedicated army. But so many believers are flopped in front of their tellies instead of out there in the trenches. No wonder our side keeps losing so often. When believers refuse to engage in battle, they have effectively gone over to the other side. They are aiding and abetting the enemy.

Let me finish this piece by briefly noting two other related matters. These things I think about now and then and it bothers me somewhat. First, there are many individuals and groups who love to have you promote, endorse and share their Christian ministry and activities. I try as often as I can to do this on their behalf. And why not? If it is a good cause we all should pitch in and share it, promote it, advertise it, be involved in it, etc.

But sadly many of these same folks will never return the favour: they will not promote or run with what others are doing. They seem far more interested in building their own kingdom and getting all the glory than they are in promoting God’s kingdom, whether they get the credit or not. I find this to be so very sad.

For example, if a group claims to be concerned about, say, prolife issues, I would have thought that as much as possible they would support the work of other prolife groups. But often these groups will only promote their own ministry, and remain fully silent about what others are doing.

But if they are really dedicated to the prolife cause, why not support others and seek to work more with other groups? There seems to be so much pride out there, with so many folks building their own little empires, while ignoring what others are also doing. If this grieves my heart, I am sure it grieves God’s heart even more.

Another thing that I find a bit curious is this: I am surprised that some folks will be involved in the Lord’s work quite heavily and faithfully, but then they pull out and you never hear from them anymore, whether because they have retired or for some other reason. Sure, it is up to them and God as to what they do and when they do it.

But sometimes it seems that they were so super passionate one minute, but the next minute, silence – as if it were just a passing fad or something to do for a short season. Some of them were in paid positions as they did the work, but no longer are. I would have thought that deep convictions about something always stay with you, even if you no longer have a paid position.

As I say, it is up to them how they proceed. But for what it is worth, the idea of retiring sounds a bit odd to me. How can a disciple of Christ retire? God willing, I expect to keep working for the Lord as long as I live. Sure, illness and such can slow you down if not stop you altogether.

But as long as I have my health, it seems somewhat strange to speak about retiring. The needs are always out there, and it seems to me all believers still have something to contribute to the Lord’s work. The idea of burning out instead of rusting out seems like the appropriate ideal for the Christian.

As I say, the battle can get quite intense out there – and very lonely as well. Where are all the reinforcements? Where is all the backup? Why are there so few workers when the needs are so great? As Jesus lamented, “The harvest is plentiful, but the labourers are few” (Luke 10:2).

Spurgeon went on in his devotional to speak about those who “choose a downy pillow and a silken couch” instead of being “a soldier of the cross”. Which will we choose?

18 Replies to “Where Are All the Reinforcements?”