Activists who push for things like homosexual “marriage” routinely rely on falsehoods, sloppy thinking, emotionalism, and the endless promotion of myths. And one of the most common myths perpetuated by the activists is that it is only religious folks who oppose their agendas, and they should not be allowed a say because we live in a secular nation. 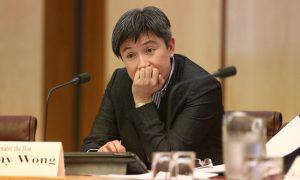 This myth is repeated constantly in the hopes that enough gullible people will eventually start believing it. Of course there is no truth to this at all, but that does not stop the activists from keeping on bringing it up. I have dealt with this often already, but it looks like I need to do so yet once again.

This is because we have just had a leading Labor politician again pull out this old canard and use it to silence her opponents. The Labor leader in the Senate Penny Wong gave a speech on Wednesday night in which she once again regurgitated these tired old myths about nasty religious views encroaching on society and a new theocracy about to raise its ugly head in Australia.

She was quite upset that some religious folks and some religious organisations have actually dared to enter into public debates over some of the most pressing social and cultural issues of our time. Be it homosexual marriage or the dangerous “Safe Schools” programs, Ms Wong thinks it is entirely inappropriate for religious folks to have a say on these crucial matters – at least in the public arena.

Let me offer here some moral and mental clarity to offset the silliness and falsehoods of Ms Wong. Those who are interested in what she had to say – some of which I will quote below – can read it by using the link at the end of this article. Here then are six rebuttals to her thoroughly mistaken and woefully inaccurate views.

Ms Wong seems to think that Christians and religious types are somehow ‘imposing their beliefs’ on others when they speak about controversial issues such as the sexual education of our children or the redefinition of marriage. She said this: “Religious freedom means being free to worship and to follow your faith without suffering persecution or discrimination for your beliefs. It does not mean imposing your beliefs on everyone else.”

Um, earth calling Ms Wong: This is exactly what you and your mates are guilty of: you are forcing your views onto the rest of us. You are forcing your patently false belief that religious folks must butt out of all public discussions and debates, and you are pushing your radical view that two men and their sexual relationship can somehow equate to heterosexual marriage.

How bizarre for her to claim that groups like the Australian Christian Lobby are forcing their views onto the nation, but she and her colleagues are not! Of course she is pushing an agenda and of course she is trying to impose her values and beliefs onto everyone else.

And when I or any other faith-based individual or group speak out about these matters, I am not imposing my beliefs on anyone. I can’t – I am just a mere citizen using the rights of free speech to share my point of view. The main ones who can impose their views are politicians – like Ms Wong – who actually do have government power behind them to force certain views onto others.

What sheer arrogance and contempt Ms Wong has for ordinary Australians to suggest that they must sit down and shut up when it comes to these important social and moral debates. The simple truth is this: the majority of Australians still consider themselves to be religious, while hard-core atheists and secularists are still a minority group here.

Is she really saying that the majority of Australians should not be allowed to speak on vital issues of the day because their religion is somehow adversely affecting them and what they have to say? Does she really have that much disrespect and hatred of ordinary Australians that she expects that they must just exempt themselves from these crucial debates because they happen to have religious convictions?

Everyone has a worldview

Contrary to what Ms Wong may believe, we all have a worldview or set of presuppositions that we operate from. This is as fully true of Wong and all the other sexual militants as of anyone else. They do in fact work out of a particular religious orientation.

In this case their worldview happens to be that of secular humanism and the like. These are just as much faith-based systems as any other. Even the US Supreme Court has declared that non-theistic views like Buddhism and secular humanism are religious belief systems. So please spare us this silliness that you operate on a different level from most other Australians.

Another myth being pushed by Wong and others like her is that the only opposition one can have to something like homosexual marriage comes from some sort of religious bias. She wrongly assumes that only a handful of Christians and a few other religious types are making the no case on these sorts of issues.

The truth is, there are all sorts of people who are opposed to homosexual marriage, to the safe schools programs, and other radical left agenda items. Plenty of non-religious folks can be found in their ranks. I know many personally who are not at all religious.

And of course the case against fake marriage can be made entirely on secular grounds without the slightest reference to religion or sacred texts. Indeed, I have done that often now, including in full-length books. My debate book with homosexual activist Rodney Croome is made up entirely of non-religious arguments.

The book, Why vs Why: Gay Marriage (Pantera Press, 2010), features only social science, medical, philosophical and scientific arguments, and not one religious or biblical argument. The same is true of the first half of my 2011 book, Strained Relations. There would be hundreds of other examples of secular rebuttals to these things, be they in book, essay or article form.

Separation of church and state

Ms Wong and so many like her once again mangle what this particular debate has always been about. See what she says in her speech as one article puts it:

Wong said that religious belief should not be applied to frame laws in a secular society because “in societies where church and state are constitutionally separate, as they are in Australia and the US, this leads not only to confusion but also to inequity”.

And that Amendment was never about keeping religion out of the nation and its governance. It was specifically about government not officially endorsing and promoting one religion above another. That is all that was meant, and the Founding Fathers would scoff at any notion that they were trying to set up some secular state where religion had no value or influence. Quite the contrary.

For more on this important aspect of the debate, see here: billmuehlenberg.com/2006/10/20/separation-of-church-and-state/

Why is it that Wong and her secular left buddies never say a word when religious lefties come out and support their positions? Be it pro-homosexuality, pro-abortion, pro-Islam, anti-family, anti-capitalism or what have you, these leftist agenda items are being run with all the time by those of the religious left.

I have yet to hear Ms Wong and others in her party say that these folks must keep their mouths shut because they are “religious” and therefore not entitled to speak in a secular society. The exact opposite is true of course: they will praise these religious lefties, they will invite them to speak at their rallies, they will quote them in their speeches, and they will lionise them in public. The double standards here are utterly blatant and appalling.

Penny Wong as a citizen, a lesbian, and a politician, is entitled to push her point of view all she likes. That is what a democracy with genuine freedom of speech is all about. But she certainly is not entitled to misuse and abuse her political power, prestige and influence to seek to silence the majority of Australians and their legitimate concerns because they don’t happen to square with her radical secular left beliefs.

Dragging up the religious card is by now such a tired and such a discredited tactic. It is pure bunkum, and it tells us much about Wong and others that this is all they can come up with to make their case. Indeed, they are not making their case at all. They are just trying to silence all contrary voices.

23 Replies to “More Marriage Myths from the Militants”