At the turn of last century battles raged between theological conservatives and theological liberals, especially in Britain and America. The historical background to all this goes back another century to Europe – more on that in a moment. The issues however are still very much relevant to battles over the faith in the contemporary western world.

Today Christians who have a low view of Scripture and who reject many of the crucial doctrines of biblical Christianity like to refer to themselves as “progressives”. They somehow think they are making an improvement on things by rejecting much of the central content of New Testament Christianity.

Of course they are in fact regressive, and are engaged in some of the very things that Jesus and the disciples warned against. But I have written about this more recent form of theological liberalism elsewhere: billmuehlenberg.com/2011/01/23/progressive-christianity/ 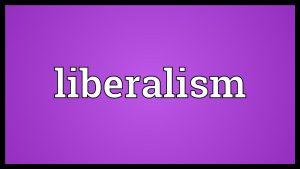 Here I just want to repeat some of the vital warnings that Christian champions of the past had made concerning the inroads of theological liberalism into the churches and seminaries of that time. Whenever apostasy and heresy breaks out, God raises up his soldiers to defend the faith and challenge the harmful revisionists.

So if we want to combat the more recent attacks on the faith by progressive Christianity, simply reading about what the defenders of biblical orthodoxy said about their theological predecessors is of use here. But first let me offer a brief explanation of what I mean by theological liberalism.

Springing from movements such as the German Enlightenment, human reason became the source of all truth as opposed to biblical revelation. Mankind, aided and abetted by science and rationality, became the final authority of all things – not Scripture. Enlightenment naturalism replaced biblical supernaturalism.

Thus the Bible was criticised as being outdated and errant, and core doctrinal truths were downplayed or denied. And the miraculous – including the resurrection of Jesus – was strongly attacked. In his important 1958 volume, “Fundamentalism” and the Word of God, J. I. Packer lists five “characteristic tenets of liberal faith in America.” Here is a slightly abridged version of his five traits:

1. God’s character is one of pure benevolence, that is, without standards. All men are His children, and sin separates no one from His love. The Fatherhood of God and the brotherhood of man are alike universal.
2. There is a divine spark in every man. All men, therefore, are good at heart, and need nothing more than encouragement to allow their natural goodness to express itself.
3. Jesus Christ is man’s Saviour only in the sense that He is man’s perfect Teacher and Example. We should regard Him simply as the first Christian, our elder brother in the worldwide family of God. He was not divine in any unique sense.
4. Just as Christ differs from other men only comparatively, not absolutely, so Christianity differs from other religions not generically, but merely as the best and highest type of religion that has yet appeared. All religions are forms of the same religion, just as all men are members of the same divine family.
5. The Bible is not a divine record of revelation, but a human testament of religion; and Christian doctrine is not the God-given word which must create and control Christian experience.

Today’s progressive Christianity basically runs with the same destructive, watered-down agenda. Packer goes on to say this about it all:

Liberalism was an attempt to square Christianity with these anti-supernatural axioms. The result was tersely summed up by Machen: “The liberal attempt at reconciling Christianity with modern science has really relinquished everything distinctive of Christianity, so that what remains is, in essentials, only that same indefinite type of religious aspiration which was in the world before Christianity came on the scene. . . the apologist has really abandoned what he started out to defend.” Liberalism swept away entirely the gospel of the supernatural redemption of sinners by God’s sovereign grace. It reduced grace to nature, divine revelation to human reflection, faith in Christ to following His example, and receiving new life to turning over a new leaf; it turned supernatural Christianity into one more form of natural religion, a thin mixture of morals and mysticism. As Hebert rightly says: ‘Religion was being substituted for God.’ It was in protest against this radical refashioning of the historic faith that ‘Fundamentalism’ arose.

Appealing to Machen was very helpful indeed. He was one of the main defenders of biblical Christianity at the time, and his writings still repay careful reading today. His classic work on this – the one Packer just quoted from – is of course his brilliant 1923 volume, Christianity and Liberalism.

Let me offer a few more select quotes from it, also just from his introductory chapter:

“But manifold as are the forms in which the movement appears, the root of the movement is one; the many varieties of modern liberal religion are rooted in naturalism, that is, in the denial of any entrance of the creative power of God.”

“[W]hat the liberal theologian has retained after abandoning to the enemy one Christian doctrine after another is not Christianity at all, but a religion which is so entirely different from Christianity as to be long in a distinct category.”

“[D]espite the liberal use of traditional phraseology modern liberalism is not only a different religion from Christianity but belongs in a totally different class of religions.”

“[L]iberalism in the modern Church represents a return to an un-Christian and sub-Christian form of the religious life.”

Machen was not alone here. Many others were challenging the destructive theological trends of the day. For example, in the 1930s H. Richard Niebuhr was lamenting the emptiness of liberal Protestant theology. He nicely summed it up as something in which “a God without wrath brought men without sin into a kingdom without judgment through the ministrations of a Christ without a Cross.”

Yep, that about captures its essence. Another champion of Christian doctrine was the fiction writer and English layperson, Dorothy Sayers. She delivered a short address in 1940 called “Creed or Chaos” which has since been printed in various forms.

A few quotes from this piece are well worth offering here:

Official Christianity, of late years, has been having what is known as bad press. We are constantly assured that the churches are empty because preachers insist too much upon doctrine – dull dogma as people call it. The fact is quite the opposite. It is the neglect of dogma that makes for dullness. The Christian faith is the most exciting drama that ever staggered the imagination of man – and the dogma is the drama. Christ, in His divine innocence, said to the Woman of Samaria, ‘Ye worship ye know not what’ – being apparently under the impression that it might be desirable, on the whole, to know what one was worshiping. He thus showed Himself sadly out of touch with the twentieth-century mind, for the cry today is: ‘Away with the tedious complexities of dogma – let us have the simple spirit of worship; just worship, no matter of what!’ The only drawback to this demand for a generalized and undirected worship is the practical difficulty of arousing any sort of enthusiasm for the worship of nothing in particular.

The thing I am here to say to you is this: that it is worse than useless for Christians to talk about the importance of Christian morality unless they are prepared to take their stand upon the fundamentals of Christian theology. It is a lie to say that dogma does not matter; it matters enormously. It is fatal to let people suppose that Christianity is only a mode of feeling; it is vitally necessary to insist that it is first and foremost a rational explanation of the universe. It is hopeless to offer Christianity as a vaguely idealistic aspiration of a simple and consoling kind; it is, on the contrary, a hard, tough, exacting, and complex doctrine, steeped in a drastic and uncompromising realism. And it is fatal to imagine that everybody knows quite well what Christianity is and needs only a little encouragement to practice it. The brutal fact is that in this Christian country not one person in a hundred has the faintest notion what the Church teaches about God or man or society or the person of Jesus Christ.

Many other defenders of the faith during this period could be cited here. But let me conclude with a humorous take on all this. It may have come from a television comedy, but what it says hits very close to the sad reality. I refer to a 1986 episode of Yes Prime Minister entitled “The Bishops Gambit” which dealt with the state of play of much of the Church of England at the time:

You can see it here starting at the 9-minute mark: www.youtube.com/watch?v=m3NGFFDQq0U
See also the 6-7 minute mark for more on theological liberalism as presented by Yes Prime Minister.