Here is my thesis, short and sweet: if you claim to be a follower of Jesus Christ, but you are living just like everyone in the world is, then chances may be good that you really are not a Christian at all. I do not say this by my own authority of course, but by the authority of the Word of God.

Everywhere Scripture highlights how God’s people are to be living lives radically different from those who are not God’s people. Thus if the life you live is indistinguishable from what any non-Christian lives, then it may be time to ask yourself some hard questions.

And when I say different, I don’t mean in a superficial or nominal way. Some Christians are different all right, but mainly because they are just plain weird. It is not that they are holy and Christlike, just odd and perhaps too religious. They may have all sorts of man-made taboos, habits and things they run with, but they demonstrate no real godliness or Holy Ghost spirituality. 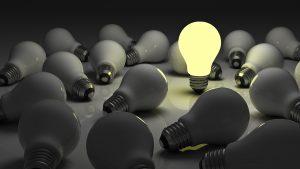 But the born-again Christian will think differently, act differently and relate to others differently. I will explain what this looks like in more detail in a moment. But let me first mention why this article has come about. There have been two main reasons for writing this piece.

The first is something I just caught a glimpse of on TV, while the second is an author I have been reading through of late. The first can be covered quite quickly: it turns out to have been a UK documentary on cam girls. The 60 seconds or so that I saw was enough to leave me all rather gobsmacked.

One moment it was showing what this gal was doing for her paid customers, and the next minute it showed her with her flatmate at the dinner table praying. (Was it perhaps her lesbian partner? I did not stay around to find out.) But it showed them before the meal praying together, asking God’s blessing on all they did.

As I say, I was just floored. Here we had sleaze and sexual sin at its most blatant, yet the folks involved actually seemed to consider themselves Christians with whom God was perfectly happy. Um, yes, we can speak about God’s pleasure and blessing on an ex-cam girl, or an ex-prostitute, or an ex-sex-worker, or an ex-murderer, etc., but not on those still proudly living in known, overt sin.

I thought this was just so utterly bizarre, and reflected on it for a few moments. It occurred to me that there are likely millions of people who live just like the world, or live just like the devil, who have convinced themselves that they are nonetheless just peachy Christians whom God is perfectly happy with. This is deception of the highest order.

The other thing I was doing at the time offered a very nice counter piece to all this. I was reading some of John Stott’s writings. He was terrific in almost everything he wrote, and was such a champion of biblical Christianity. See my introductory article on him here: billmuehlenberg.com/2011/07/28/notable-christians-john-stott/

I have around 25 of his books, and they are always worth pulling off the shelves and rereading. So I was looking at his short but really excellent 1978 commentary on the Sermon on the Mount (Matthew 5-7). Of interest, he subtitled the book, Christian Counter-Culture.

Of course that is a concept I am fully familiar with. I was part of the original secular counter-culture of the late 60s and early 70s. We radical lefties, hippies, druggies and peaceniks really did think we could set up a counter-culture to replace what we considered to be the corrupt, authoritarian, violent, patriarchal, hung-up middle class America.

Stott picks up on this theme and argues that the real message of the Sermon on the Mount is that we Christians are to be a genuine counter-cultural force. We are to be different. That is the major emphasis of these three chapters. Let me offer some lengthy quotes from the opening pages of this excellent commentary.

He begins by speaking about the great tragedy of the church conforming to the world. He says this:

No comment could be more hurtful to the Christian than the words, ‘But you are no different from anybody else.’ For the essential theme of the whole Bible from beginning to end is that God’s historical purpose is to call out a people for himself; that this people is a ‘holy’ people, set apart from the world to belong to him and to obey him; and that its vocation is to be true to its identity, that is, to be ‘holy’ or ‘different’ in all its outlook and behaviour.

He notes how this was certainly the case with the people of Israel: they “were his special people,” they “were to be different from everybody else. They were to follow his commandments and not take their lead from the standards of those around them.”

But sadly they did not do what was demanded of them, and soon enough they were saying, “We want to be like the nations, like the peoples of the world” (Ezekiel 20:32). Stott continues:

All this is an essential background to any understanding of the Sermon on the Mount. . . . It portrays the repentance (metanoia, the complete change of mind) and the righteousness which belong to the kingdom. That is, it describes what human life and human community look like when they come under the gracious rule of God.
And what do they look like? Different! Jesus emphasized that his true followers, the citizens of God’s kingdom were to be entirely different from others. They were not to take their cue from the people around them, but from him, and so prove to be genuine children of their heavenly father. To me the key text of the Sermon on the Mount is 6:8: ‘Do not be like them.’ It is immediately reminiscent of God’s word to Israel in olden days: ‘You shall not do as they do’ (Leviticus 18:3). It is the same call to be different. And right through the Sermon on the Mount this theme is elaborated.
Their character was to be completely distinct from that admired by the world (the beatitudes). They were to shine like lights in the prevailing darkness. Their righteousness was to exceed that of the scribes and Pharisees, both in ethical behavior and in religious devotion, while their love was to be greater and their ambition nobler than those of their pagan neighbors.
There is no single paragraph of the Sermon on the Mount in which this contrast between Christian and non-Christian standards is not drawn. It is the underlying and uniting theme of the Sermon; everything else is a variation of it.…
Thus the followers of Jesus are to be different – different from both the nominal church and the secular world, different from both the religious and the irreligious. The Sermon on the Mount is the most complete delineation anywhere in the New Testament of the Christian counter-culture. Here is a Christian value system, ethical standard, religious devotion, attitude to money, ambition, life-style and network of relationships – all of which are totally at variance with those of the non-Christian world. And this Christian counter-culture is the life of the kingdom of God, a fully human life indeed but lived out under the divine rule.

This my friends is the normal Christian life. But we do not hear this sort of teaching anymore, so it sounds strange, harsh, austere and even unChristlike. We think we can live any way we like and God is fully happy with us. We even think we can strip and gyrate before lustful men as a cam girl and still ask God for his blessings.

As I said above, if you are living just like anyone in the world is living, you may be in desperate need of a spiritual check-up. It is time we all get back on our faces before God and seek him afresh. Reading the Sermon on the Mount while on our knees in an attitude of humility, brokenness and penitence would be a good way to begin.

10 Replies to “Yes, Christians Are To Be Different”