George Orwell once said: “We have now sunk to a depth at which the restatement of the obvious is the first duty of intelligent men.” There are plenty of such truths that have long been buried under ideologies, political correctness, and social engineering. One such basic truth centres on the nature of marriage.

Closely related to this is a woeful ignorance about the nature of sex as well. Thus we now have an entire generation of young people who would be absolutely flummoxed to learn that there just might be some sort of connection between sex and babies (you know, that stuff you might have picked up in biology class about sperm and egg uniting?).

There was even a song about this years ago, something about ‘love and marriage, horse and carriage’. Ol’ blue eyes himself even went on to sing about “You can’t have one without the other” and “It’s an institute you can’t disparage”. Whether he always lived it or not, Frank was right you know. 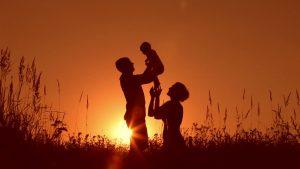 Of course marriage is about children – we would not have the institution of marriage if it were not for the fact that human sexuality is directly related to the possibility of procreation. If children did not come about through human sexuality, society would have no interest in marriage. Marriage is our most pro-child institution, cementing husband and wife together, and to any offspring they may produce.

Simply go back a half century and note how we still made this obvious connection. As Article 16, no. 1, of The Universal Declaration of Human Rights (1948) put it, “Men and women of full age, without limitation due to race, nationality or religion, have the right to marry and found a family.”

Yes, marry, and form a family. There’s that horse and carriage again. But today that connection has been completely severed – in ideology, in sloppy thinking, and in politics. Now we glibly talk about marriage as if it had nothing to do with children.

The wild and reckless demands for homosexual marriage heard everywhere today is directly built upon this fundamental fallacy – now universally paraded around – that children somehow bear no relationship at all to the institution of marriage.

Thus the need for “the restatement of the obvious” as Orwell bewailed. Let me do that ever so briefly by citing some of our important social thinkers of the past few decades who have sought to remind us of what marriage is really all about.

They have reminded us that marriage is not just a private relationship but a public institution. Social institutions exist to meet fundamental human needs, and as sociologist David Blankenhorn notes, the need for the institution of marriage arises because human beings are “sexually embodied creatures who everywhere reproduce sexually and give birth to helpless, socially needy offspring who remain immature for long periods of time and who therefore depend on the love and support of both of the parents who brought them into existence.”

It is this task of getting both parents to stay together for the sake of any children so conceived by their union that the institution of marriage came about. As American political scientist James Q. Wilson expressed it, “Marriage is a socially arranged solution for the problem of getting people to stay together and care for children that the mere desire for children, and the sex that makes children possible, does not solve.”

He went on to say this:

In virtually every society, the family is defined by marriage; that is, by a publicly announced contract that makes legitimate the sexual union of a man and a woman. Even in societies where men and women have relatively unrestricted sexual access to one another beginning at an early age, marriage is still the basis for family formation. It is desired by the partners and expected by society. Marriage, in short, is not simply a way of legitimizing sex, and so it cannot be dispensed with just because sexual activity need not be made legitimate. Marriage exists because people must take responsibilities for child care and assume economic obligations. Marriage, and thus the family that it defines, is a commitment.

English philosopher Roger Scruton discusses how marriage is about the next generation, and about the connection between the generations:

No honest anthropologist can fail to acknowledge the functional importance of marriage. In all observed societies some form of marriage exists, as the means whereby the work of one generation is dedicated to the well-being of the next. Marriage does not merely protect and nurture children; it is a shield against sexual jealousy and a unique form of social and economic cooperation.

Because children ARE the next generation, it is imperative that this generation looks after them very carefully indeed. And nothing has ever matched heterosexual marriage in securing that vitally important end. As Sherif Girgis, Ryan Anderson and Robert George, wrote in their invaluable 2012 volume, What Is Marriage?:

Marriages have always been the main and most effective means of rearing healthy, happy, and well-integrated children. The health and order of society depend on the rearing of healthy, happy, and well-integrated children. That is why law, though it may take no notice of ordinary relationships, should recognize and support marriage. There can thus be no right for nonmarital relationships to be recognized as marriages.

Although the details of getting married – who chooses mates, what are the ceremonies and exchanges, how old are the parties – vary from group to group, the principle of marriage is everywhere embodied in practice. . . . No matter how bizarre or peculiar the marriage customs of a given society, they are still recognizable as marriage customs. In any particular society there may be individuals, couples, or even groups who reject marriage as a norm, but these, being in the minority, do not determine the norms of the whole society. Other people may fail to marry because of conditions beyond their control, but the institution of marriage is present in the society.

He goes on to note that “the unique trait of what is commonly called marriage is social recognition and approval … approval of a couple’s engaging in sexual intercourse and bearing and rearing offspring.” And these aspects of marriage are both universal and historical. They are not unique to just a few cultures, nor are they found sporadically in history: “compared to most other aspects of human society, marriage has changed surprisingly little. As an institution, contemporary wedlock bears an indubitable likeness to marriage three centuries or three millennia ago. It still has the same essential character that it had then.”

Sociologist Patricia Morgan reminds us of the universal mother-child bond, and its central role in marriage. She writes, “there has been no known human society built upon the mother/child unit. Indeed, for an anthropologist, a widespread failure to marry is a sign of impending disaster. All societies that have survived have been built on marriage, and children have always been raised within ‘traditional’ families.”

All this explains why the homosexual attempt to redefine marriage is impossible. Heterosexuality alone is what marriage has always been about, and can only ever be about. Because only heterosexual couples are naturally able to have children. As Canadian professor of law and medicine Margaret Somerville has stated, “Marriage provides the right to marry and found a family. Homosexual marriage unlinks marriage from biology and denies children the right to both a mother and a father”.

And that is the most important right any child can have. As sociology professor Dr David Popenoe has put it: “We should disavow the notion that ‘mummies can make good daddies’ just as we should disavow the notion of radical feminists that ‘daddies can make good mummies’… The two sexes are different to the core and each is necessary – culturally and biologically – for the optimal development of a human being.”

Or as US social scientist Charles Murray put it in his important 2012 book Coming Apart:

Trends in marriage are important not just with regard to the organization of communities, but because they are associated with large effects on the socialization of the next generation. No matter what the outcome being examined — the quality of the mother-infant relationship, externalising behaviour in childhood (aggression and hyperactivity), delinquency in adolescence, criminality as adults, illness and injury in childhood, early mortality, sexual decision-making in adolescence, school problems, emotional health, or any other measure of how well or poorly children do in life — the family structure that produces the best outcomes for children, on average, are two biological parents who remain married. Divorced parents produce the next-best outcomes. Whether the parents remarry or remain single while the children are growing up makes little difference. Never-married women produce the worst outcomes. All of these statements apply after controlling for the family’s socio-economic status. I know of no other set of important findings that are as broadly accepted by social scientists who follow the technical literature, liberal as well as conservative, and yet are so resolutely ignored by network news programs, editorial writers for the major newspapers, and politicians of both major political parties.

Marriage matters. And it matters greatly for the wellbeing of children.

18 Replies to “Yes Marriage Really Is About Children”