After a long, protracted and often bitter few months of debate, electioneering and controversy, the vote is finally now in: the “Yes” vote has won. The results have just been released, and the percentages are these; 62% yes and 38% no. This is a tremendous disappointment in so many ways. 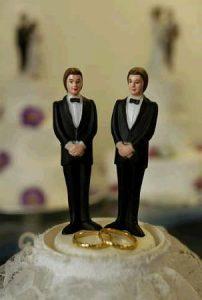 Of course it is a non-binding vote, but the activists already are pushing their homosexual marriage bills. Many of the bills, such as Liberal senator Dean Smith’s bill, will offer basically no protections at all for religious freedom, freedom of conscience, and freedom of speech for those who still believe marriage is between a man and a woman.

Thankfully Victorian Liberal Senator James Paterson issued a media release on Monday offering an alternative bill that would seek to safeguard many of these various freedoms. It said:

“I’ve long believed that same sex couples deserve the freedom to marry, just like every other Australian. That’s why I was proud to vote ‘Yes’ in the same sex marriage postal survey, and have consistently argued in favour of changing the law since I was first publicly asked about the issue in June 2011.
“I’ve never believed that allowing same sex couples to marry needs to come at the expense of the freedoms of other Australians. I have always argued that parliament is capable of ensuring there are no negative consequences for anyone else from allowing gay Australians to marry. Allowing same sex couples to marry is not mutually exclusive with preserving our freedoms, with the right bill.
“Today I’ve released a draft bill that achieves these two important objectives. It draws on the work of the Senate select committee inquiry into same sex marriage, which I was a member of.

The bill:
-Expands the definition of marriage to include same sex couples, granting them the freedom to marry for the first time in Australia.
-Ensures ministers of religion and celebrants who hold genuine belief in the traditional definition of marriage have a right to refuse to solemnise a same sex wedding.
-Establishes a limited right of conscientious objection, to ensure no one is forced to participate in a same sex wedding against their sincerely held beliefs.
-Protects freedom of speech so that Australians can discuss their view of marriage without fear of legal penalties.
-Enacts a narrow anti-detriment clause that prevents governments and their agencies from taking adverse action against someone with a traditional view of marriage. It does not apply to non-government organisations, businesses, or individuals, preserving freedom of association.
-Guarantees parents’ right to choose their children’s’ education by allowing them to opt-out of classes that conflict with their values.

“These protections are important because it should be possible for Australians with different values to live harmoniously alongside each other. All Australians should be able to live their lives according to their own values. No group should impose their values on another group.
“If the parliament opts for a narrower bill with fewer protections, I fear we will see some Australians seek to impose their values on others, with court cases and other legal mechanisms. No one should want to see the messy court cases that have occurred after same sex marriage was legalised in other countries.
“This bill is not a reason to delay legislating same sex marriage. If a ‘Yes’ result is confirmed this week, this bill could be passed by the parliament as quickly as any other bill. I believe the parliament should do so before Christmas, with additional sitting weeks if necessary.”

This is a big improvement on the various other bills. Of course I must say that I myself can never agree to call a sexual union between two men or two women “marriage”. It is not. It is fake marriage. It is exactly what Abraham Lincoln once talked about: “How many legs does a dog have if you call his tail a leg? Four. Saying that a tail is a leg doesn’t make it a leg.”

No bill has yet been accepted or voted on. So we are simply in the next round of lobbying, debating, making our case, and so on. The days ahead will continue to be intense and hardcore. Now is not the time to give up or go on vacation. Much work still remains to be done.

So the fight continues. But we must acknowledge all those who did so much hard work and so much praying over the past few months. They rightly deserve a mighty round of applause. And while singling out a few names here would be a disservice to all the others, still, let me do so nonetheless.

One public face of the campaign was that of Lyle Shelton of the ACL. Being so public, he received his fair share of abuse. It has not been easy on him and his family during this period. So thank you Lyle. You are a champ, as are so many others.

And on the prayer side of things there would be numerous saints to thank, but let me mention just one. Warwick Marsh of the Fatherhood Foundation has for decades known of the value of prayer and intercession. He has helped to lead the charge here with lengthy periods of prayer and fasting.

In sum, all your efforts were not in vain, and we must continue to stand up for what is right, even if the majority sides against us. When it comes to doing the right thing, one man plus God is still a majority, and we must keep standing strong. Four quotes from Margaret Thatcher may well be of some help here:

“You may have to fight a battle more than once to win it.”

“I am in politics because of the conflict between good and evil, and I believe that in the end good will triumph.”

In this case it seems we did not first win the argument. Politics always flows downstream from the culture. So to have success at the ballot box you must first target the culture. We have much more work to do in this regard. And this can only be done when we commit ourselves to the long haul.

Back in 1996 Robert Bork said some important words about all this, and we must pay careful attention to them:

Elections are important not only because of the policies adopted and laws enacted but as symbolic victories for one set of values or the other. But it is well to remember the limits of politics. The political nation is not the same as the cultural nation; the two have different leaders and very different views of the world. Even when conservative political leaders have the votes, liberal cultural leaders operate and exercise influence where votes do not count. However many political victories conservatives may produce, they cannot attack modern liberalism in its fortresses. If conservatives come to control the White House and both Houses of Congress, there will be very little change in Hollywood, the network evening news, universities, church bureaucracies, the New York Times, or the Washington Post. Institutions that are overwhelmingly left-liberal (89 percent of journalists voted for Bill Clinton in 1992) will continue to misinform the public and distort public discourse. The obscenities of popular entertainment will often be protected by the courts. The tyrannies of political correctness and multiculturalism will not be ejected from the universities by any number of conservative victories at the polls. Modern liberals captured the government and its bureaucracies because they captured the culture. Conservative political victories will always be tenuous and fragile unless conservatives recapture the culture…. This is at bottom a moral and spiritual struggle.

Yes it sure is. In sum, and speaking as a Christian, this is indeed a rather sad day. But it is not the end of all things. It is simply the beginning. The battles will continue, but we all know who ultimately wins the war. So with the view of eternity in mind, we keep on fighting. We must never give up.

We must keep on keeping on, so that we can say with the Apostle Paul:

“I have fought the good fight, I have finished the race, I have kept the faith.” 2 Timothy 4:7