Do you want to be used by God? Do you desire to make your life count for Christ and the Kingdom? Then you better find out what sort of people God uses! Thankfully he has told us this in his Word. Various passages could be appealed to here, but one that stands out is Isaiah 66:2:

These are the ones I look on with favor:
those who are humble and contrite in spirit,
and who tremble at my word.

The world of course gives us quite the opposite. It thinks of usefulness and greatness in terms of leaders and heroes who are macho men, super-strong, and even rather arrogant. It certainly does not think of great achievers as those who are humble, who fear God, and look only to God and his Word. 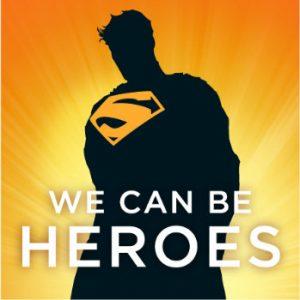 But God always takes a different view of things than the world does. He chooses strength through weakness. His leaders are servants. His great men and women are despised in the eyes of the world. His most useful saints are those who consider themselves to be least useful.

Now that should be good news for most of us. It certainly is good news for me. I often think I am the least qualified person out there to serve the Lord. But thankfully we know that God does not call the qualified. Instead, he qualifies the called.

In the world’s eyes I was never going to amount to much. I wasn’t even a Christian in my early days, and it was only by God’s amazing grace that I did not end up like so many of my friends back then: dead because of suicide or a drug overdose.

And I certainly did not have all the requirements for greatness that the world thinks we need. Yet by God’s grace I have managed to do a few small things for Christ and the Kingdom over the years. And whatever good has been done is of course due to him, not to me and any talents or abilities I have in myself.

Again, this is all in fact good news – or it should be. Those who think they have nothing to offer God and have nothing to contribute to extending the Kingdom can rejoice that this is God’s preferred way to take the nobodies of the world and turn them into somebodies.

He chooses the weak and despised things of the world to confound the strong and mighty. That is just what Paul tells us in 1 Corinthians 1:26-28:

And the reason for this is offered in verse 29: “so that no one may boast before him”. God alone should get all the credit and all the glory, and that is why he chooses nobodies. That is the normal way God operates. The biblical examples of this would be many.

Consider just one guy: Gideon. I always chuckle when I think of him and his divine calling for his mighty task (see Judges 6:11-12). He was basically hiding in a winepress from the Midianites when an angel of the Lord appeared to him. The first thing he said to Gideon was: “The Lord is with you, mighty warrior.”

That was some sort of mighty warrior! And we see further how Gideon does not think he is up to the challenge. As we read in verse 15: “‘Pardon me, my lord,’ Gideon replied, ‘but how can I save Israel? My clan is the weakest in Manasseh, and I am the least in my family’.”

So Gideon has no problems with pride and overconfidence here! (Of course this can turn into unbelief and rebellion if we make excuses and seek to say ‘no’ even though God has called us to do something – but that is the stuff of another article.)

An honest assessment of your own natural abilities is always a good thing. In this regard I was quite taken by what I recently read in a devotional commentary on Judges. In it some great things were said about the Gideon story. Let me quote some of what Dale Ralph Davis says about all this:

“Gideon is a most unheroic hero. . . . Here is not your conventional, crusty, immovable man of steel. Gideon is no fearless all-pro linebacker, no General Patton and John Wayne rolled into one huge ball of grit.” And in chapter 7 we see that Gideon is still wavering and hesitant.

He is still fearful and not so sure about all this. As we find God saying to him in verse 10: “If you are afraid to attack, go down to the camp with your servant Purah.” Davis goes on to say this:

The Lord knows the fears of his servants, knows how scared we can be in our various circumstances. ‘He [emphatic] knows our frame’ (Ps. 103:14). Yet God is not so strict to be harsh when we tremble; He does not ridicule us for our fears; He never mocks us because we are fragile.

In light of that we need to alter our current stereotypes of what a servant of Christ is (or, is like). We sometimes dupe ourselves into thinking that a real servant of Christ is only someone who is dynamic, assured, confident, brash, fearless, witty, adventuresome, or glamorous – with one or two appearances on a Christian television network. Don’t think you are unable because you don’t have that air about you. Christ takes uncertain and fearful folk, strengthens their hands in the oddest ways, and makes them able to stand for him in school or home or work. We must not forget how the writer of Hebrews describes those we sometimes call the ‘heroes of faith’: ‘They were weak people who were given strength to be brave in war and drive back foreign invaders’ (Heb. 11:34 NJB).

I very much like that paragraph, and I like the translation he uses for the Hebrews’ passage. It comes out a bit better than, say, the NIV which says, “whose weakness was turned to strength; and who became powerful in battle and routed foreign armies.”

So if you desire close fellowship with God and want to become a mighty man or woman of God, you know what to do, and how to make it happen. Forget the world’s formula for greatness and stick with God’s. Yes, we can be heroes.

6 Replies to “The People God Uses”