Christians believe that the Bible is the divinely inspired and infallible Word of God. However, this needs to be carefully unpacked, and it has been discussed in many millions of words over the centuries. I have written elsewhere about how we might think about some of these basic issues: billmuehlenberg.com/category/theology/scripture/ 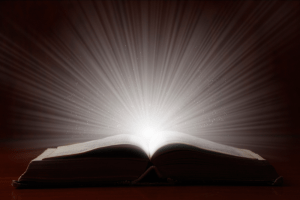 Here I want to discuss just one small part of these much bigger topics. It has to do with how sometimes we can confuse issues by not being clear on how various biblical and theological words are to be used. If we are not careful and precise in how we think and speak about such matters, we can get into trouble in various ways.

Often I will have folks make some of these rather basic mistakes in not distinguishing the various ways in which we are to understand the notion of being “inspired”. I need to remind them that while Scripture is inspired, they are merely perspired!

As a recent example, I had penned a piece on one of the famous early church creeds. Some folks wanted to go to war over it because of a few phrases found therein. While I did try to provide some understanding as to why those particular phrases were there, and may in fact be worth running with, I did conclude by saying that none of these creeds are inspired.

One person asked why we can’t speak of the creeds as being inspired. I sought to explain to him how we must distinguish between different meanings of the same word, lest we get into a theological quagmire. The response I gave to him went like this:

You are missing the point here because of some confusion over biblical words and concepts. We must define our terms carefully to avoid trouble. The word ‘inspire’ of course has different meanings. When we speak of the inspired Word of God, we have a particular meaning in mind. We refer to how God sovereignly worked with human authors to bring about the infallible 66 books of Scripture.

So in that sense God’s word says this sort of divine inspiration is no longer happening. The biblical canon is closed. Passages like Revelation 22:18 make that clear. We have no more inerrant, inspired books being added to the Bible. Only the cults believe that.

You are confusing this with people being “moved” or “led” or “spoken” to in a sense by God today. Yes that happens, but it is NOT the same as how the biblical writers were inspired to give us divine Scripture without error. Only the 66 books of the Bible are the authoritative word of God. We may be led by God to say things, and they may be true, but they are not divinely inspired in the same way as Scripture was.

Thus a pastor in the pulpit, or an early creed writer, was fallible. Both of course prayed for divine guidance and the help of the Holy Spirit, but none claimed they are inspired in the same way as the biblical authors were. Thus I think there is a lot of great truth in the early creeds. But no biblical Christian claims they are inspired.

With all this in mind, your last words are correct. Anything believers now say or write must be in line with the inerrant and inspired Word of God. Hopefully this helps clarify things for you.

Since we are dealing with the topic of inspiration here, let me proceed a bit further and expound a bit more on what Christians believe about the inspiration of Scripture. There would be many ways to do this, and many experts to draw upon.

Let me mention just one chapter of one book by one author. J. I. Packer is as good as anyone on these sorts of topics. In 1981 he released a book called God’s Words. It was retitled and released in 2007 as 18 Words. It is, as can be imagined, about 18 key biblical words and themes.

Chapter two of the book is on “Scripture” and is only 11 pages long. But it is an excellent distillation of the major theological truths about how we are to understand Scripture. In it he discusses several matters, including two main points on the relationship between revelation and Scripture. His second point is well worth sharing here:

The Scriptures are a revelation in the form of a historical record. They are the ‘oracles of God’ (Rom. 3:2) the disclosure, direct or indirect, of His mind and will. Scripture is divine writing. ‘All Scripture (or, every text of Scripture), is inspired by God’ (2 Tim. 3:16). This reference to inspiration, let it be said at once, has no psychological overtones. It does not imply that the biblical authors all wrote in a state of ecstasy, or abnormally heightened consciousness, nor yet that they wrote as automata, in some trance-state in which the normal functioning of their minds was suspended. Some maybe did, some plainly didn’t, but that is not the issue. ‘Inspired by God’ translates a single Greek word, theopneustos, meaning ‘breathed out from God’ – expired, in fact, rather than inspired. And it is not the writers, but the writings, of which the word is predicated. Thus, the statement means simply that all that comes into the category of Scripture came from God, and should therefore be received as instruction from God. Accordingly, inspiration, in its theological sense, is to be defined as the work of the Holy Spirit (God’s ‘breath’; ‘Spirit’ means ‘breath’) ensuring that men wrote precisely what God wanted written for the communication of His mind to men. It is that ‘bearing along’ by the Holy Spirit in virtue of which ‘men spoke from God’ (2 Pet. 1:21, NIV) – and wrote from God too, for it is the written ‘prophetic word made more sure’ (v. 19) of which Peter is speaking. Inspiration is the activity which ensures that what is written is in truth the Word of God. Thus inspired Scripture is written revelation.

That is certainly not all there is to be said on this matter, but it is a good summary statement. Obviously Christians understand that it is only the original manuscripts that are inspired in this fashion, not the later copies and translations. The work of textual criticism is to seek to get back to these original autographs as carefully as possible.

Thus no creed, or sermon, or book, or commentary, or devotional is divinely inspired as are the Scriptures. However, any Christian seeking to preach a sermon or write an article or share biblical truth will always ask for God’s enabling, and the Spirit’s empowerment.

They will pray that the human words they share contain biblical truth, and that the Spirit of God will use those words to have a life-changing impact on others. So the Spirit helps us as well, but not quite in the same sense that they enabled human authors of long ago to write the infallible Word of God.

But it is not just those who proclaim the Word that need the Spirit’s help. The reader or listener also does as well. Packer closes his chapter with some helpful words on this:

Why does contact with God’s scriptural Word transform some people while leaving others cold? First, some let the written word lead them to the living Word, Jesus Christ, to whom it constantly points us; others don’t. Second, not all come to the Bible hungry and expectant, conscious of daily need to hear God speak. ‘Open your mouth wide, and I will fill it,’ says God (Ps. 81:10). The open mouth is a gesture of hunger and dependence. ‘With open mouth I pant, because I long for thy commandments,’ says the psalmist (Ps. 119:131). Desire for God, springing from a sense of our need of him, is the factor that decides how much or how little impact Scripture will make upon us. Bible reader check your heart!