I have used the phrase “the death of the West” or something like it plenty of times now. And for good reason: the West has been in deep decline for decades now, and one wonders if this is reversible. It seems that never before has the West been in so much trouble and under such unprecedented attack – and that mainly from within. 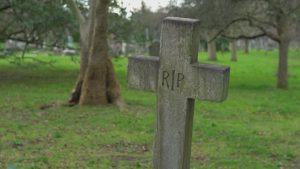 The war on faith, family and freedom in the West that I document on a regular basis here provides clear indications of a culture in big trouble – likely terminal trouble. Any culture that destroys its own, be it through abortion, or radical sexuality ideology, or a hostile education system, or socialist economic policies, or social and cultural suicide, is well on the road to the grave.

The barbarians are no longer at the gates – they are living among us and having free rein to do their thing. In his influential 2017 book The Benedict Option, Rod Dreher describes things this way:

When we think of barbarians, we imagine wild, rapacious tribesmen rampaging through cities, heedlessly destroying the structures and institutions of civilization, simply because they can. Barbarians are governed only by their will to power, and neither know nor care a thing about what they are annihilating.

By that standard, despite our wealth and technological sophistication, we in the modern West are living under barbarism, though we do not recognize it. Our scientists, our judges, our princes, our scholars, and our scribes—they are at work demolishing the faith, the family, gender, even what it means to be human. Our barbarians have exchanged the animal pelts and spears of the past for designer suits and smartphones.

Many commentators are saying much the same thing. A recent piece by Christian commentator Douglas Wilson has this ominous headline: “The West is Dead . . .” His closing paragraphs offer a nice summary of his entire piece:

And so my three exhortations to you have been these. Secularism is the name of our malaise, the name of our backsliding. We must have a cure for our disease, but our civilization is not our disease. Our civilization has a disease, and the name of it is secularism. So secularism is not the name of our guiding principle. It is not our cornerstone, but rather the corrosion of our capstone. I am not calling for us to throw neutrality away, for you cannot dispense with something you never had. Neutrality is impossible. Not one person ever had neutrality. Our society could jettison neutrality if we had it, but we don’t. We can, however, throw away our pretense of neutrality. Secularism is something that must be repented of. And as I say this, do not confuse it with religious liberty. Religious liberty was a Christian invention. Secularism was a Christian apostasy.

Our fundamental confession as Christians is that Jesus is Lord. Our confession is not that He is Lord someplace else. We are not proclaiming His authority over Heaven. Neither are we limiting His realm to our hearts.

Second, we must confess our sins, and we can tell we have done so if we receive forgiveness for them. You know that you are dealing with the Holy Spirit when you confess sin because His whole point in convicting you is to bring you into peace. You know that you are dealing with devils, with accusers, when you “confess sin” because their whole point in bringing it up is to bury you in condemnation. What was actually an oceanic enormity centuries ago has dribbled down to a small puddle made up of micro-aggressions. Micro-aggressions are to real sin what LaCroix is to fruit juice. And that is what we are told we must feel bad about, right alongside our current oceanic enormities—things like same sex mirage, abortion-on-demand, and the redefinition of “theft as generosity” that socialism attempts.

Many others could be mentioned here. Another new piece, this one by Tom Gilson and John Zmirak, is about “How To Destroy Western Civilization Without Spilling Your Latte.” Let me just offer their six bullet points here:
-Keep Western Civilization Secret
-Teach People That It’s Evil
-Get Rid of Jesus
-Dig Up Some Other Basis for Morality
-Free People from the Family
-Don’t Have Any Kids

Are there many enemies of the West who are working overtime to destroy it? Absolutely. And they must take a fair share of the blame. But so too must Western Christians who have also massively failed here. And this has been a dual failure: we have failed to stand up against these attacks, but we also have failed to properly represent Jesus Christ.

As to the first issue, the majority of Christians in the West are asleep at the wheel. They do not know – or, worse yet – they do not care about all the culture wars taking place around them. Be it the war on marriage and family, and now the war on gender itself, or the attack on human life, most believers have said and done nothing about it.

Thus we are no longer being salt and light. We have simply become irrelevant, inconsequential, and so much wasted space. Plenty of Christians have of course been saying the same thing for a long time now. They might have been recent prophetic voices like Tozer and Ravenhill, but many others have made the same claims.

Most recently Patrick Sookhdeo has made this case in his brand-new book, The Death of Western Christianity. His subtitle says it all: “Drinking from the Poisoned Wells of the Cultural Revolution.” In it he speaks of how the church in the West once blazed brightly, but now the flame is all but out.

He notes how the corruption is especially found in church leadership, and all this is resulting in declining church numbers and the irrelevance of Christianity for so many people. Writes Sookhdeo:

This has left the Church facing a fatal crisis of identity. Desperate to survive and remain relevant, it has struck a Faustian bargain with postmodern Western ideals, tolerating and taking on unorthodox beliefs and behaviours. This has, in fact, produced the opposite effect, alienating even more people and making the Church an object of ridicule.

He concludes his volume this way:

What if God does not bring the earthquake of reversal and the fire of revival? In that case, Christians in the West who are faithful in their love for the Lord must prepare for persecution. As anti-Christian pressures rise and lure Christians into apathy and apostasy, the faithful remnant will have to be ready to suffer or else to go into hiding as an underground church – and from there to mount a guerrilla resistance against the world and Satan’s throne.

Lest the reader finds all this too hard to grasp, let me remind you that the early Christians were in exactly the same place. And by the grace of God and a lot of hard work and fervent prayer, they eventually turned the world upside down. It has happened before, and if need be, it can happen again.

Do I share Sookhdeo’s pessimism, and that of others? Yes I do. No one carefully looking at the state of the church and the state of the world right now can be bubbly optimistic. Often when I speak of such things people will ask me: ‘So how do you think things will fare in the days ahead?’ My answer usually goes something like this:

In the short term I believe it will get worse – much worse. But if the Lord should tarry, and if we take the long-term view, we may need again to deal with this new barbarism and paganism as the early Christians did. We will need to start from scratch, and seek to extend the kingdom, be salt and light, and perhaps rebuild Western society. But that is not the stuff of years or decades, but of centuries.

However, getting most Christians to get this big picture and see the long term is often the most difficult of our challenges. I speak to this more fully here: billmuehlenberg.com/2016/04/18/big-picture-long-term/

Yes revival is the need of the hour, as is reformation. I often have quoted from T. S. Eliot on this, so let me finish here with his incisive words:

If Christianity goes, the whole of our culture goes. Then you must start painfully again, and you cannot put on a new culture ready made. You must wait for the grass to grow to feed the sheep to give the wool out of which your new coat will be made. You must pass through many centuries of barbarism. We should not live to see the new culture, nor would our great-great-great-grandchildren: and if we did, not one of us would be happy in it.

Or as G. K. Chesterton put it on his deathbed: “The issue is now quite clear. It is between light and darkness and every one must choose his side.”