OK, so I better offer a few preliminary remarks here before I go any further. I just penned a piece earlier today on beauty pageants! Yes, I really did. But there was a solid reason for doing so, and it had everything to do with the curse of political correctness. If you have no clue what I am talking about here, simply have a look at the previous piece: billmuehlenberg.com/2018/06/06/political-correctness-impacting-everything/

And as a person who has never been known for his physical beauty or attractiveness, I guess I could be a bit sensitive here if I wanted to be! We do know, however – not just from personal experience, but from plenty of academic studies as well – that attractive people tend to get all sorts of advantages and privileges in life. 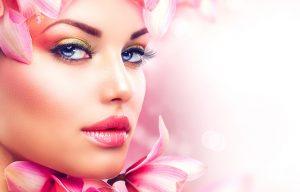 But here I want to spend a bit more time on the issue of beauty from a biblical point of view. Yes, we could talk about a beautiful sunset or some beautiful flowers. Nature is filled with such beauty, because our God is a beautiful God, and what he makes is beautiful.

Sure, the Fall has impacted everything, and a lot of beauty is now tarnished, hidden, or distorted. But in this article I want to speak about human beings and their physical beauty. It goes without saying that Christians believe that inward beauty is vital, and something we should certainly emphasise, instead of just mere outward appearances.

Let me briefly look at what Scripture has to say about all this in a bit more detail. Firstly, human attractiveness and beauty is spoken about in Scripture, and as such it is simply taken for granted, and not condemned. For example, we read that Abram’s wife was quite beautiful, and he got in trouble because of this. As we find in Genesis 12:11-20:

When he was about to enter Egypt, he said to Sarai his wife, “I know that you are a woman beautiful in appearance, and when the Egyptians see you, they will say, ‘This is his wife.’ Then they will kill me, but they will let you live. Say you are my sister, that it may go well with me because of you, and that my life may be spared for your sake.” When Abram entered Egypt, the Egyptians saw that the woman was very beautiful. And when the princes of Pharaoh saw her, they praised her to Pharaoh. And the woman was taken into Pharaoh’s house. And for her sake he dealt well with Abram; and he had sheep, oxen, male donkeys, male servants, female servants, female donkeys, and camels.
But the Lord afflicted Pharaoh and his house with great plagues because of Sarai, Abram’s wife. So Pharaoh called Abram and said, “What is this you have done to me? Why did you not tell me that she was your wife? Why did you say, ‘She is my sister,’ so that I took her for my wife? Now then, here is your wife; take her, and go.” And Pharaoh gave men orders concerning him, and they sent him away with his wife and all that he had.

We can mention others. Esther is described this way: “The young woman had a beautiful figure and was lovely to look at” (Esther 2:7). And some folks are compared to others in terms of their outward beauty. In Genesis 29:17 for example we read this: “Leah’s eyes were weak, but Rachel was beautiful in form and appearance.” We see this further in 1 Samuel 16:6-12:

When they came, he looked on Eliab and thought, “Surely the Lord’s anointed is before him.” But the Lord said to Samuel, “Do not look on his appearance or on the height of his stature, because I have rejected him. For the Lord sees not as man sees: man looks on the outward appearance, but the Lord looks on the heart.” Then Jesse called Abinadab and made him pass before Samuel. And he said, “Neither has the Lord chosen this one.” Then Jesse made Shammah pass by. And he said, “Neither has the Lord chosen this one.” And Jesse made seven of his sons pass before Samuel. And Samuel said to Jesse, “The Lord has not chosen these.” Then Samuel said to Jesse, “Are all your sons here?” And he said, “There remains yet the youngest, but behold, he is keeping the sheep.” And Samuel said to Jesse, “Send and get him, for we will not sit down till he comes here.” And he sent and brought him in. Now he was ruddy and had beautiful eyes and was handsome. And the Lord said, “Arise, anoint him, for this is he.”

Here we see physical characteristics emphasised, while also learning that we should not judge by appearances. Other texts could be mentioned. The Song of Songs for example is all about extolling the physical beauty of the beloved. But beauty without character is also warned against.

As Proverbs 11:22 says, “Like a gold ring in a pig’s snout is a beautiful woman without discretion.” And of course the key New Testament passage here is 1 Peter 3:3-4:

So the emphasis for the believer is always on inward beauty. That does not mean we should be cavalier or indifferent about how we look. We should seek to be presentable, well-dressed, etc, as occasion demands. There is nothing virtuous about trying to be ugly and unpresentable. But neither is beauty necessarily virtuous, especially if not coupled with inward beauty.

But we live in a culture that is 110 per cent focused and fixated on physical beauty. How you look means everything, while things like character mean almost nothing. Almost all of pop culture runs in this direction. Lousy reality TV shows like “Love Island” are simply reflections of this vain, meat-market mentality.

So too are all the shows – and all the reality behind such shows – of cosmetic surgery, going overseas to get a boob job, getting more botox injections, seeking to look like your fave movie star, etc. Everywhere the only thing that seems to matter is if you look good – and really good, no matter the cost.

Some of these folks go to extreme lengths to get the look they want. We have some people who are seeking to become human Barbie dolls or human Ken dolls. One gal wants to look just like a cartoon character with an impossible figure – and has even had six ribs removed to get that look. I kid you not!

And there is no question whatsoever that far too many Christians can be equally obsessed with and fixated on their external looks, and they will spend as much time and effort as any pagan in seeking to get “the look”. That will include countless hours at the gym each week.

These believers need to be reminded of passages like 1 Timothy 4:8: “Physical training is of some value, but godliness has value for all things, holding promise for both the present life and the life to come.” Sure, it is a good thing to seek to be healthy and in good shape, but how many folks do all this simply to impress others with how they look?

And of course the opposite is also a worry: some Christians are far too indifferent about their appearances. (OK, I might belong in this camp!) As mentioned, we need to avoid this as well. If nothing else, we want to present Christ as best as we can, so having a physical appearance that is off-putting and repugnant does not help very much. So we need to put some effort into how we look, as part of our public witness – within reason of course.

Also, if you are married, it is good to consider your spouse, and how you might please her. That can include being aware of how you dress, what you look like, and so on. Part of loving your wife or husband involves taking some care about our appearance, at least to some extent. Again, I am now speaking to myself in these matters!

The trigger for this piece was my previous article on the Miss America beauty pageant. It seems they have dropped how a person looks as they judge the winner. Sorta defeats the purpose one would have thought. And it is a bit too much PC for me, as I said in my article: billmuehlenberg.com/2018/06/06/political-correctness-impacting-everything/

As I said, I am no great fan of such things, and I mentioned the familiar proverb which says, ‘beauty is vain and charm is deceitful’. I will not here offer a sociological, political or philosophical assessment of such contests. Of course some feminists have long railed against them as sexist, exploitive and patriarchal relics of the past.

That could well be. Perhaps they are little more than meat markets. Many participants might beg to differ, claiming they were a real help to them in their career path, options for the future, etc. Again, perhaps so. But it was the silly PC nonsense that I did highlight in my previous article.

When a beauty contest no longer judges a winner by their, um, beauty, it is a bit pointless then isn’t it? Sure, the contest organisers will claim these competitions were really always about ‘inner’ beauty and the like. But if that is the case, then anyone should be allowed to enter, right?

With all that in mind I must here offer this Public Service Announcement by way of a slightly humorous conclusion:

“Now that the Miss America pageant has decided that contestants will NOT be judged on their looks, I have decided to enter in the next competition. Please wish me well. I am not aiming to be the runner-up. I want to WIN! And only bigotry and discrimination will keep me from winning!”

Hmm, I just discovered that I actually wrote about a beauty pageant once before – and it too had to do with rampant political correctness: billmuehlenberg.com/2009/04/21/more-scenes-from-the-sex-wars/

So there you go: two whole articles (well, two and a half now), on beauty pageants in 10 years! I really am a diverse and well-rounded kinda guy!

5 Replies to “On Physical Beauty”