OK, another rather bizarre title. I seem to have plenty of them! But let me explain, and hopefully all will become clear. And let me say right at the beginning that this is an article I really never wanted to write. It really should not have come to this. But since some things keep recurring, I have finally felt it is time to pen this piece – if for no other reason, it might have a cathartic value for me!

And by that I certainly mean not just to Christianity, but to Christ himself. It is about a personal relationship, not just mental assent or adhering to various rituals and performing certain actions. The real goal is to get people connected in a living relationship with their Creator through Christ, based on what he did on our behalf at Calvary. 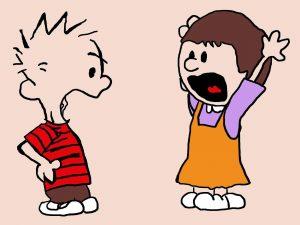 Then there are differing sorts of Christians who want to convert one another. Since there are significant theological and ecclesiastical differences between the big three – Catholics, the Orthodox, and Protestants – that can be fair enough. Each one is convinced of the superiority of their own tribe, and want others to be a part of it. And that is OK.

I of course happen to be an evangelical Protestant, but I have plenty of friends and close relations with those in the other two major camps. And having read, studied, taught and lectured in theology and related areas for nearly 50 years now, I do know something about all three.

So if I mainly adhere to just one of the three, it is not due to ignorance or a lack of understanding about the other two. It is due to where I find things best lining up with the biblical data, and where God wants me to be. If others take a different view, that is their choice. And I can live with that.

Needless to say, I regularly have my non-Protestant friends trying to convert me to their side. Again, fair enough. But I believe I have had some good theological reasons for declining thus far. I have written this up here, eg.: billmuehlenberg.com/2017/06/17/defence-protestantism-response-catholic-friends/

And those who know even a little about me know that it has long been my policy to NOT allow sectarian fighting to take place either on CultureWatch or on my social media pages. I have said this perhaps a hundred times now, both here and there. I suggest people go elsewhere for those battles, and there are zillions of other places where those battles take place.

And a good part of the reason I have this policy is threefold: one, these issues have been debated to death millions of times now over many hundreds of years; two, the actual debates are quite complex and nuanced, and short little comments – especially on the social media – hardly do them justice; and three, I find that far more heat than light usually accompanies these debates.

They so very quickly degenerate into ugly slanging matches complete with nasty personal attacks, cheap shots, and a complete breakdown of reason and logic. Some people just cannot debate an issue without getting all upset and emotionally freaked out. Um, simply emoting a lot is not how we do proper debate.

So I ask folks to take it elsewhere. But the really annoying thing is how many folks absolutely refuse to abide by my simple and polite requests. They are argumentative, belligerent, pugilistic and warlike, to use but a few adjectives. They are like a dog with a bone who refuses to let go of it.

No matter how many times I politely ask them to cease and desist, they just keep on going and going, showing me no respect or Christian grace at all. They can be among the most unloving and nasty people I know. And folks in all the camps can carry on like this.

“They will know we are Christians by our love” is how one popular Christian song goes. That SHOULD be the case, but sadly it often is not. Some folks who want me to convert to their preferred Christian faith tradition pretty much guarantee that I never will, simply because of their obvious LACK of love.

When they refuse to respect my wishes, cut me some slack, and do as I ask in simple Christian charity, they really do tell me everything I need to know about them. So let me get to the heart of the matter here. And since it will again get all sorts of people bent out of shape, let me preface my remarks first.

Having said that, let me share with you my beef. While I have theological differences with my Catholic friends, if there is one thing that may well prevent me from ever converting to Catholicism it is this: the way in which far too many Catholics (but not all of course) have treated me, especially in relation to what I have just said above.

Over many years I have too often found that SOME Catholics are just so stinking stubborn, belligerent and unloving. No matter how many times I plead with them to cease and desist and take their arguing elsewhere, they simply refuse, and just keep carrying on, as if I have not said 3 or 4 times in a row that they take time out and give it a rest.

Guess what? If you want me to become a Catholic like you are, that is NOT how you will get me to convert! Comprendo? All you are doing is turning me off forever. Some of the most unloving, ungracious and unfriendly folks I know have been SOME Catholics.

OK, it is time to repeat what I already said:

Here is what might be a helpful hint: for all those Catholics who are my friends, who are gracious, who are loving and who do respect me and my wishes (and that would be the majority of you), here is something you can do: try to have a word with these cantankerous, hard-nosed and ever-arguing fellow Catholics, and try to beat some sense into them!

If they think I will rush into their camp based on how they have treated me and others, they are dreaming. They turn me off more than any questionable theological argument they may offer, that’s for sure! They pretty much ensure that I will stay cemented just where I am thanks.

Sadly I have had to let a number of these folks go, especially on the social media. Just last night I had to let two more Catholic friends go. It pained me to do so, but they really left me with no choice, after they ignored my repeated pleas to just give it a rest. They proved by their actions that their particular brand of Christianity is NOT something I find at all appealing.

That is why I have written this article. And to be sure, I have let some Protestants go for the very same reasons. So again, I am NOT painting all Catholics with the same brush here. But over the years I have just had far too many ornery and feisty Catholics fail to show me even a modicum of Christian love and grace.

And again, I know that many Catholics could say the same about some Protestants. So for the third and final time, I do NOT judge all Catholics by the few. But they sure are giving the Catholic faith a bad name, and they are NOT making things very inviting for me to cross the Tiber.

I recently wrote a piece on controversy, which I wish everyone would have a look at. In it I made three main points: some controversy is good; often some of it can be bad and destructive; and I have a lot to learn about how to carry on in these areas. See here: billmuehlenberg.com/2018/06/14/on-controversy/

I need prayer and God’s grace to get better in this regard. I think we all do. So if this little rant makes any sense, or speaks to some of you, ask God how you might proceed. If you think I am out to lunch and you want to come here to pick yet another fight with me, well, you are the very ones I have been talking about, and I am not interested in more of your pugilism!

The line attributed to Augustine may be relevant here: “In essentials, unity, in non-essentials, diversity, in all things charity.” There is more to it than that of course, but it may be a good start. And let me also repeat what I said in my recent article on controversy, in the form of a quote by Iain Murray:

The Christian life is more than a matter of knowledge and correct thinking. Spiritual life does not reside only in the intellect. A person can hold the right beliefs and not be a Christian at all. Where there is the new birth there is not only light to the mind, but love in the heart and grace in the spirit. Orthodox belief is not the only mark of true Christianity…. When disputes and differences arise they are not likely to be solved only by argument. Supernatural aid is needed.

A million amens to that. Let me finish by mentioning one related matter. I recently spoke about these issues on the social media, and how frustrating it is to have some of these folks always arguing with me and refusing to respect my wishes. One fellow said this: “Bill, why not just pray for more grace?” I replied as follows:

That goes without saying, and so of course I do. But let’s bring in the whole counsel of God here. That includes things Jesus said about NOT casting our pearls before swine, NOT giving crumbs to the dogs, etc. And it includes things he did as well, such as NOT going after the rich young ruler, but being willing to let him go. But since you brought it up, I always can appreciate others praying for me here!

What I said to him I say to you: please keep me in your prayers thanks. I sure need them. God bless you all.

19 Replies to “Um, You Will NOT Get Me To Convert If You Keep Doing This”