A half century ago America and much of the West was engulfed in the counterculture movement. It had other names, such as the hippy movement, the Woodstock generation, the cultural revolution, the peace and love generation, and the radical 60s. Already things like the free speech movement and the hippy scene were making headlines in parts of California back in the mid-60s.

But 1968 is often regarded as a key year in the cultural revolution, with street protests, demonstrations and violence erupting throughout America and Europe. College buildings were occupied by militants, love-ins were held, riots occurred, and big counter-culture rock concerts were all the rage.

The drug culture took off big time back then, as did the feminist movement, the radical New Left, the homosexual liberation movement, black power activism, and the beginnings of what became the New Age Movement. Those were heady days. I should know, as I was deeply involved in so much of that. 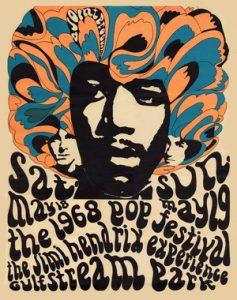 While most people involved in the counterculture were in their college years, my involvement took place while I was still in high school. Those looking at me now may doubt my radical hippy bona fides, but I can assure you I most certainly was deeply involved in all this, as I discuss in my testimony: billmuehlenberg.com/2012/06/27/coming-home-my-testimony-part-1/

As I have said many times now, there was a lot of optimism and utopianism amongst us back then. We really did think we might be able to create a new and better world. We disliked America and its bourgeois values, it militarism, its consumerism, and so on.

So we worked at overthrowing the old order to bring in a new one. Political activism and radicalism were of course a big part of all this. The New Left was just a continuation of the Old Left by other means. Cultural Marxism was just the new face of the older Marxism.

Instead of external revolution we sought to change things by internal evolution. We sought to take over the system from within. And sadly we were very successful in this. But I have written often about Cultural Marxism and its damaging legacy. See here for example: billmuehlenberg.com/2017/05/30/understanding-cultural-marxism/

Needless to say my days of heady radicalism in the 60s came to an end. In 1971 my life was turned around by an encounter with the living Christ. See the link above and the four-part article on my testimony for more detail on all this.

So now I work and write and speak about the transforming power of Christ and the overwhelming good of biblical Christianity. And I also speak and act much on what the radical 60s has wrought. I now think it was a destructive generation indeed. Much of the focus of CultureWatch has to do with looking at the bitter fruit of the cultural revolution.

All the madness we see today with the destruction of marriage and family, the trans insanity, abortion on demand, the pornification of society, the death of responsibility and duty, the assault on the West, the war on faith, and the eclipse of reason can in large measure be traced back to the 60s’ cultural revolution.

Thus I now have to apologise for my role in helping to bring about the counterculture, and I now seek to bring in a new counter-counter-culture if you will. I now seek to be salt and light, and see the Lordship of Christ extend over a very broken, and very dark and a very needy world.

If a small group of us radicals could so successfully overturn an entire culture a half century ago, without the help of God, I believe a small group of committed Christians can turn things around again but for the good. And there is so much that needs to be done.

But the first step is to see what a massive mistake the 60s revolutionary culture was. I am not alone in this. Thankfully various counter-culture radicals and revolutionaries from back then have had a change of heart and have come to see how negative and harmful that period was.

Many of the voices now bewailing the darkness of a half-century ago could be mentioned here. Let me feature one person who just penned a piece on this, looking especially at the situation in Europe, and the “toxic legacy” of the 60s as he calls it. Srdja Trifkovic opens his article this way:

He notes how quickly the peace and love brigade degenerated into mob violence. He continues:

Roger Scruton later wrote that his switch to conservatism started when he saw the Parisian barricades first-hand. He was in the Latin Quarter when students tore up the cobblestones to hurl at the riot police, overturned cars and uprooted lamp-posts to erect the barricades. “I suddenly realised that I was on the other side,” he wrote years later.

“What I saw was an unruly mob of self-indulgent middle-class hooligans. When I asked my friends what they wanted, what were they trying to achieve, all I got back was this ludicrous Marxist gobbledegook. I was disgusted by it, and thought there must be a way back to the defence of western civilisation against these things. That’s when I became a conservative. I knew I wanted to conserve things rather than pull them down.”

This was not accidental. The Marxists have always declared their hatred of the West and their intent to bring it down in any way they can. But as mentioned, revolution soon transitioned into taking over the system from within. The radicals did not go away. They just stopped throwing bricks, they put on suits, and they now sit in positions of power and influence:

Ten years ago Cohn-Bendit gloated over the way 1968 destroyed “traditional culture, hidebound moralism, and the principle of hierarchical authority . . . social life, ways of being, ways of talking, ways of loving.” The late Joschka Fischer, who was memorably photographed battling a policeman in a street in 1968, became Germany’s foreign minister in 1998, and advocated his country’s participation in the US-led NATO war against Serbia a year later. Another prominent sixty-eighter, Javier Solana, became the Alliance’s secretary-general in 1995.

He concludes with these sober words:

Those sixty-eighters were the most pampered generation of students known to history. Their anticapitalist rhetoric merely concealed an insatiable appetite for consumption and eventually produced a generation of Bobos steeped in mindless hedonism. Their insistence on the alleged right to be different has produced extreme subjectivism which has corroded Western societies ever since. Their demand for freedom without responsibility has made those societies markedly less free and less civilized than they had been half a century ago. The ensuing manufacturing of victim-minded minorities has destroyed their cohesion. The toxic legacy of 1968, with its slogan Il est interdit d’interdire (“It is forbidden to forbid!”) is a diseased, infantilized Western world ruled by cultural Marxists and at risk of population replacement.

As I have stated elsewhere, I am lucky to be alive. A lot of my radical hippy friends never made it. Some suicided and some died of drug overdoses. That was just one part of the dark legacy of the 60s. And we are all still paying the price for the success of that movement.

Now I dedicate the rest of my life to sharing the good news of Christ, and seeking to undo all the harmful and poisoned fruit that I helped to unleash 50 years ago.

12 Replies to “The Cultural Revolution 50 Years On”