There are all sorts of things that get people excited and passionate – some good, and some not so good. It might be a new car, or the next sexual conquest, or making lots of money, or one’s favourite sports team, or going shopping, or checking out a bookstore (hey, I resemble that remark!), and so on.

Over the years I have noticed that two main sorts of articles or emphases will often get two rather different sets of responses. But let me first mention who my primary audience tends to be. It seems that most people who look at CultureWatch and most people who follow me on the social media are Christians. 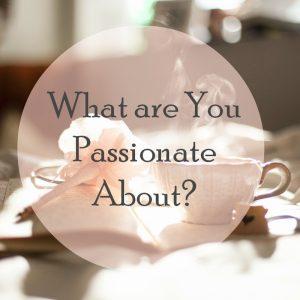 While many non-Christians follow me on both, I would think that overwhelmingly my main readers are those who claim to be Christians. And it is interesting to see what seems to get them excited. This can be measured in various ways. As to my website, obviously how many people comment is one indication. And there is software available to monitor my web traffic, and determine which pieces are visited the most, and so on.

As to things like FaceBook, the three most obvious ways to see if you are getting a lot of response is how often the post is shared, liked or commented on. That can give you a pretty good indication as to which issues folks seem most passionate about, or what really presses their buttons.

So, back to the two major sorts of articles I tend to run with. One could break down these sorts of things into two broad camps: all things biblical, theological, doctrinal and devotional; and all things culture wars. Of course there is plenty of stuff that I do write about that may not readily fit into these two broad categories.

The former grouping would contain all sorts of things on biblical studies, the importance of theology, Scriptural truths, and practical hortatory pieces urging us on to a greater love for Christ, deeper commitment, more obedience, more devotion and personal holiness, and so on. They are Christian articles mainly meant for other Christians.

Pretty important stuff I would have thought. And stuff that all Christians should relate to, be challenged by, and want to promote to some extent. The other major grouping of course covers all the main battles we face today, whether the issue is abortion, Islam, homosexuality, cultural Marxism, the trans agenda, the battle over marriage and family, and so on. Often non-Christians can just as much benefit from, and be passionate about, these pieces as Christians can.

These topics I also obviously think are very important. But the interesting thing is this, when I write articles from the first main group, and share them on my site and on the social media, the reaction is generally quite subdued, sometimes quite underwhelming.

Some comments and discussion – or debate – will come in to my site, and some likes, shares and comments will appear on the social media where I have also posted these pieces. But for the most part the response is not exactly overwhelming. Certainly on mainstream Christian topics, doctrines and devotional pieces, the reaction is somewhat limited.

Mind you, I have discovered that Christian and theological topics that are basically secondary in nature, and are minor, not major, will often get a lot of heated responses. Dare to write on any number of these topics and often all hell will break loose, and Christians you never heard from all of a sudden come out of the woodwork with very impassioned positions on the matters.

In another article I listed some of these issues that really are not major doctrinal concerns that we all must agree on, but are mostly secondary matters where we should have some room to move on. As I listed in that piece, these would include things like the following (and some believers will argue whether they are in fact secondary or not!):

So that in itself I find a bit interesting: major biblical beliefs and core doctrines that I write about usually get limited attention and response, but various minor matters that we should take a bit loosely will often get all sorts of Christians quite passionate and vocal about.

But let me go back to the way these two main categories are responded to. Examples of this can easily be found on my own site. As one case in point, a while back I wrote six articles in a row on Bible study helps for some of the Old Testament books.

During the next three days the six articles were shared 92 times altogether on FB. I suppose that is not bad. However, an article I posted around the same time on the Islamification of Sweden mustered some 800 FB shares in just a day or two!

Or consider a similar scenario from just recently. Last week I did four articles in a row over four days on some of the OT prophets. A few days later I did a piece on how public libraries are bringing in drag queens to target our children. The share numbers for the two break down as follows:

The four OT articles combined have so far been shared a total of 180 times on FB:
-66 shares for the OT prophets in general
-52 shares for Isaiah
-36 shares for Jeremiah and Lamentations
-26 shares for Ezekiel and Daniel

Again, not bad I suppose, and I of course am grateful that they have gotten some sort of response. But contrast this to the response to the library drag queen article: it has already been shared over 1,400 times – although it has only been up for less than 24 hours!

Now with these two examples – and I could offer more like them – we see how Christians tend to respond to what I write about. While I think both main sets of topics – the biblical/theological, and the culture wars – are very important indeed, the latter seems to be of far more interest than the former to most believers – at least the ones who read my stuff!

Now there might be various reasons – perhaps some better than others – as to why the theological and devotional articles and posts get far less interest and attention than the ones on the culture wars do. Perhaps some of you might write in here and tell me your thoughts on this.

I discuss all this not as a complaint or to criticise anyone. I just find it all a bit curious. I would have thought that passionate Christians would get just as passionate about biblical and devotional writings as they would about writings on the culture wars.

But the numbers seem to suggest otherwise. Again, this is not something I am upset about or complaining about. I just find it to be interesting that the one type of article will normally get much more interest and response than the other. Just something to think about I guess.

And it should be pointed out that it would be easy for me to go with the flow here: since most folks seem to prefer articles on the culture wars, maybe I should just give them that, and ease up on the biblical and devotional stuff. But I feel God is calling me to do both, and in some ways, I feel the latter pieces are more important.

They may not get as much interest, but as I think and pray about this I am reminded that if even a handful of people become Christians, or are discipled, or are encouraged along the way, it is well worth doing these articles. Sure, they may never appeal to the Christian masses, but that does not matter. What matters is doing what God wants us to do.

I certainly do want Christians to become aware of and get involved in the culture wars. That is so very important. But perhaps even more important is for all followers of Christ to become more like him and represent him better. So I will keep writing the devotional and theological pieces as well, even if it seems that they are not having such a wide-spread response or impact.

As already mentioned, one can check on one’s web traffic, so I just looked up the most viewed posts ever. Here are the top twelve:

21 Replies to “What Gets You Passionate?”