As I have suggested before, there are great ways today to be a crim and to beat the system. If you do get caught for your crimes and misdemeanours, there are now terrific means by which you can just about enjoy your ‘punishment’. Confused? Do let me explain.

Let’s say you are a male and prefer a life of crime over that of being a responsible citizen. One day the long arm of the law finally catches up with you and you are arrested. At your court hearing you get the usual measly sentence of a few months in the slammer.

You might even have murdered someone, but you will likely get out on good behaviour in a year or two max. So much for justice. But here is one nifty way to further beat the system, or at least make your incarceration a bit more bearable: simply claim that you identify as a woman, and get booked in some women’s prison. 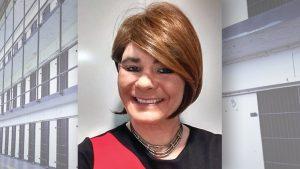 Today the only real crime is to deny someone how they feel about their sex. No self-respecting judge or jury today would ever deny someone their ‘right’ to live out their delusions and fantasies. Indeed, I identify as a large can of Dr Pepper, so if you can find a big enough straw (not a plastic one of course – unless it identifies otherwise), you are welcome to imbibe.

But back to this sex-changing criminal. If your crime in the first-place involved things like rape or sexual assault, this prison stint could be a dream come true. Plenty of potential victims everywhere! And there is nothing anyone can do about it. A bloke who likes assaulting women is now stuck in a prison full of real women – it’s paradise!

This is right up there with getting your own 72 dark-eyed virgins in paradise for faithfully slaughtering the infidels, as Muhammad the Islamic writings have promised the faithful. It seems like a win-win situation. What could go wrong? As you enjoy molesting female prisoners you can be humming along with Fred Astaire as he croons, “I’m in heaven”.

OK, at this point you are thinking I may have gone a tad overboard here. Au contraire. Everything I have said thus far is based on actual cases of transmania. I have been documenting this for quite some time now. And the examples of this seem to be non-stop.

Consider a few recent headlines concerning this very thing. This one comes from February 7, 2017: “A transexual murderer who was allowed to serve his sentence in a women’s prison has been moved amid claims he was having sex with female inmates.” The story begins:

A transexual murderer who was allowed to serve his sentence in a women’s prison has been moved amid claims he was having sex with female inmates. Paris Green, 23, who was born Peter Laing but identifies as a woman, had been staying on the female wing at HMP Edinburgh. But Green, who is awaiting sex-change surgery, has been transferred back to the male block amid suspicions she was involved in sexual relationships with other convicts there. It is the second time Green, who was jailed for at least 18 years for her crime, has been moved for ‘inappropriate behaviour’.
www.dailymail.co.uk/news/article-4193538/Transexual-killer-women-s-jail-sex-inmates.html

And then we have this March 21, 2017 headline: “Transgender rapist moved to women’s prison after sex change.” The report states:

A rapist has been moved to a women-only prison after having gender reassignment surgery. Jessica Winfield, formerly known as Martin Ponting, was relocated to HMP Bronzefield in Ashford, Surrey. The convicted rapist was previously held at top security Whitemoor prison in Cambridgeshire, where she was serving a life sentence.
www.bbc.com/news/uk-39337805

A transgender prisoner has pleaded guilty to two sexual assaults against female prisoners. Karen White, who was born male but identifies as a woman, has confessed to two counts of sexual touching at New Hall Prison, Wakefield – an all-female jail. The assaults took place between September and November 2017, Leeds Crown Court heard. Details of the charges emerged during a hearing in which she also pleaded guilty to one historical count of rape.
metro.co.uk/2018/09/07/transgender-woman-admits-sexually-abusing-fellow-inmates-at-all-female-prison-7922059/

Also consider related problems with the trans madness descending on the West. They all spell real bad news for women and children. This headline from February 16, 2017 is a major concern: “Transgender Bathroom Policies Have Led to 21 Attacks on Women.” The article says:

The conservative Family Research Council has compiled a list of 21 incidents of men assaulting or violating women’s privacy in public bathrooms, warning that despite what activists claim, transgender-friendly policies do increase the risk of such crimes. FRC wrote in its issue brief that non-discrimination laws that allow people to go into bathrooms based on their gender identity, rather than their birth sex, are giving sexual predators the opportunity to exploit the circumstances and commit voyeurism and sexual assault. “It is important to note that the concern is not that transgendered individuals are more likely to be sexual predators, but rather that sexual predators could exploit such laws by posing as transgendered in order to gain access to women and girls,” FRC clarified.
www.christianpost.com/news/transgender-bathroom-policies-have-led-to-21-cases-of-crimes-against-women-family-research-council-175138/

And then we have this: “Women Kicked Out of Women’s Shelter to Make Room for a ‘Transgender’ Man.” The March 10, 2017 story begins:

Two women were kicked out of a homeless shelter to make room for a man because he said he is a transgender woman, according to a Canadian news report. The women objected when they were told they would have to share a bedroom and live in the shelter with the man, and so “both were asked to leave the shelter for good,” said the TV reporter. “I was uncomfortable with my roommate being transgender,” said one of the women, Tracey, in a TV report from Canada’s Global News network. “He wants to become a woman, I mean that is his choice but when a man comes into a women’s shelter who still has a penis and genitals, he has more rights than we do,” Tracey said.
www.breitbart.com/big-government/2017/03/10/women-shelter-transgender-man/

A Chicago man accused of sexually assaulting three young girls told prosecutors he considered himself a boy in a man’s body, according to Cook County court documents. Joseph Roman, 38, is charged with predatory criminal sexual assault stemming from repeated attacks on three girls who were 6 to 8 years old at the time, according to prosecutors. Roman was a friend of the girls’ families at the time of the attacks between 2015 and January of this year. During a hearing Wednesday, prosecutors said Roman admitted to some of the attacks and told Chicago police “he is a 9-year-old trapped in an adult’s body.” He was ordered held without bail.
www.chicagotribune.com/news/local/breaking/ct-web-sexual-assault-case-denied-bail-20180124-story.html

These are just six recent examples. There would be many more. This is transmadness in action. And it is causing genuine harm to others – mainly vulnerable women and children. So the scenario I began this article with is neither far-fetched nor unrealistic. It IS happening right now.

Sure, there may not be too many men wanting to get into a women’s prison to engage in sexual attacks and voyeurism, but they certainly seem to be some. At the very least, it seems to increasingly be a good excuse if you are about to be sent to jail. Just declare you are now female, and the powers that be will cower in your presence and do whatever you ask.

That is the powerful, diabolical grip of trans lunacy on so much of the West. Thankfully I am not the only one worried about all this. Others have commented on this insanity. Just a few days ago UK commentator James Kirkup wrote about the Karen White case that I mentioned above. Let me offer a few of his reasonable thoughts. He asks:

“How did the Prison Service come to decide that Karen White, a person with a male body and a history of violent sexual crimes, should be put in New Hall prison? (New Hall, incidentally, also has a ‘mother and baby unit.’ The State did not just put a rapist in a women’s jail, they put a convicted paedophile in prison with children).”

To recap: the State put a rapist in a jail full of vulnerable women. That rapist then sexually assaulted four of those women. MPs wanted to know how that happened, and to question the ministers responsible for those events. The Speaker of the House of Commons said they could not do so.

The story of transgender policy in Britain today is a story of political failure, where many people fail to do their job and speak openly about matters of clear public interest. Writing about it this year, I’ve grown accustomed to that failure, though no less angry about it.

But even by the dismal standards of the trans debate, where supposedly responsible figures routinely shirk their duties to appease a small, aggressive group of activists and lobbyists, [the Speaker] John Bercow’s decision strikes me as repulsive, a disgusting abdication of responsibility that brings shame on its author and his office.
blogs.spectator.co.uk/2018/09/the-state-has-failed-karen-whites-victims/

It certainly is repulsive and disgusting. But in the world of trans lunacy we can simply expect to see plenty more of this happening. As always, the big losers are real women and innocent children.

7 Replies to “Transmania: The Perfect Crime (and Punishment)”