The subject of ethics from a Christian perspective is very important indeed. It often can be wrongly presented, so it is appropriate that someone like Wayne Grudem tackles this topic. The veteran American theologian is well qualified to take on such a task, and he offers us a tremendous resource with his new book.

And it is a massive resource as well. Grudem seems to be fond of writing large books. His 1994 systematic theology was 1300 pages long. His 2010 volume on politics was 600 pages. And this brand new book is also 1300 pages. Thus he is certainly both comprehensive and thorough in what he undertakes.

And he does not disappoint here. This is a terrific volume covering most aspects of ethics in a well-reasoned and thoroughly biblical fashion. If you want a one-volume collection of some of the best Scriptural material on ethical theory and various ethical issues, this is it. 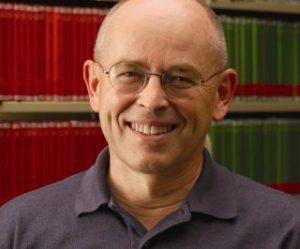 Grudem admits that he comes from a politically conservative point of view, but more importantly, from a theologically conservative stance. He takes Scripture seriously and regards it as the final word on moral matters. Early on he informs us that the book is God-centred and Bible-centred, and the moral character of God is the ultimate basis for ethics.

The book is divided into seven main sections. Part 1 offers introductory material, while Part 2 deals with our relationship to God, using the first four, and the 9th, of the Ten Commandments as a foundation. Part 3 deals with human authority and uses the 5th Commandment.

Part 4 deals with human life and is based on the 6th Commandment. It covers many of the hot potato issues such as capital punishment, euthanasia, abortion, and war and peace. Part 5, based on the 7th Commandment, covers marriage and sexuality.

Part 6 looks at wealth, poverty, business ethics, the environment, and property, resting on the 8th Commandment. Part 7 uses the 10th Commandment to discuss purity of heart. The book concludes with a lengthy Appendix critiquing one recent popular book on ethical matters.

Consider Part 5, which is 200 pages in length. A chapter on marriage examines a number of issues, from adultery to singleness. The next chapter covers the issue of birth control. In it he looks at claims that the world is overpopulated, and then asks if it is morally permissible to sometimes use some birth control measures.

He notes that those which act as abortifacients are not morally acceptable. He says that in most cases couples should plan on having some children sometime, although “this does not mean they have a moral obligation to have as many children as they are physically capable of having.” Some birth control is allowable. Many Catholics and some Protestants of course will differ here.

He next looks at infertility and reproductive technologies, followed by a chapter on pornography. The contentious issue of divorce and remarriage is then treated, and Grudem says that divorce and remarriage in Scripture are allowable on two grounds: adultery, as Jesus said, and desertion, as Paul said. Of course he looks in detail at other possible grounds, such as physical abuse.

In his chapter on homosexuality he offers a strong biblical case for its immorality. He responds to the theological revisionists on this, and deals with the issue of homosexual desires. He reminds us that Romans 1:26 treats such desires as “dishonourable passions” and are therefore also contrary to God’s will. He concludes with a short section on the transgender issue, reaffirming the biblical stance on mankind as male and female.

Obviously in a volume such as this there will be areas of disagreement with the author. Some readers may find various aspects of the book to not be to their way of thinking. Indeed, some of the points mentioned above can be and are debated by believers. Grudem does not shy away from this, and he seeks to carefully rebut various countering positions.

In chapter 8 for example he looks at the contentious issue of the relationship between the Testaments, and the place of the law for Christians. Many see the Old Testament law as tripartite: moral, civil and ceremonial, with only the first part carrying through into the New Testament and binding on believers.

Following Thielman and others, Grudem argues that the entire OT is no longer something NT Christians are bound to. But he reminds us that almost all of the Ten Commandments are reaffirmed in the NT, so the moral law effectively carries through anyway.

Related to this, and flowing from his position, he argues that even something like the Sabbath day is a good principle for believers to follow, but he reminds us that the “command to rest on the Sabbath day is never repeated as an obligation for Christians after the beginning of the new covenant at the time of Christ’s death.”

Obviously it needs to be pointed out here that Grudem is certainly not the first to argue this way on this and other issues. These sorts of debates have been going on for hundreds of years now amongst Bible-believing Christians. So there is nothing novel about his ideas. He simply states his position on various contentious issues, deals with various objections, and moves on.

So one need not agree with every detail in a volume like this to still appreciate the enormous amount of work that has gone into it, and the solid biblical case Grudem seeks to make on each topic. One can agree to disagree at various points along the way, while still benefiting overall from this vital book. 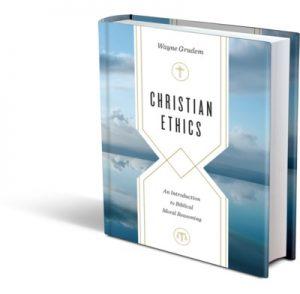 Consider another topic of heated debate. Grudem has long been known as a staunch advocate for complementarianism when it comes to the sexes. He of course carries that through here. So we find Ch. 15 defending male headship in the home, while affirming the full equality of men and women in the marriage union. He has long argued for this position, so egalitarians who object to it will not discover much new material here.

It is the same in Part 6 where he deals with various economic issues. I happen to think he is correct to affirm things like private property, wealth creation and the free market from a biblical point of view. I think he makes an effective – and biblical – case for these things, and the general principle of increasing human flourishing on the earth.

But Christians of the Left will obviously take issue with some of his points. And of course to argue for the effectiveness of the free market in increasing material wellbeing does not mean we should approve of various theological distortions, such as the health and wealth gospel.

Let me simply offer some of the points he raises on this (which he deals with in much greater detail):
-the danger of materialism
-there are no NT promises of wealth for believers
-poor people can have great faith
-the NT warns about the dangers of prosperity

So he wants us to have a biblically balanced position on all this. On the one hand, material prosperity is not always viewed negatively in Scripture, and there is a real place for wealth creation. But poverty will always be with us as well, even among Christians.

It is this sort of attempt to stay true to the biblical data, and avoid some of the extremes, that characterises much of this work. Again, some Christians will beg to differ on some parts of this work. But Grudem is to be commended for attempting such an ambitious project, and for seeking to get us to think deeply and biblically about ethical issues.

As he says at the very start of this book, “I have written this book for Christians who want to understand what the Bible teaches about how to obey God faithfully in their daily lives. . . . The challenge in the book is for Christians today to live lives of personal holiness, lives that will often be distinctly different from those of others in the secular culture that surrounds us.”

Thanks Dr Grudem for this incisive, timely and very helpful volume.

(Australians can get this book at Koorong: www.koorong.com/search/product/christian-ethics-an-introduction-to-biblical-moral-reasoning/9781433549656.jhtml )

3 Replies to “A Review of Christian Ethics: An Introduction to Biblical Moral Reasoning. By Wayne Grudem.”