In an age of snowflakes, victimhood, political correctness, and leftist lunacy, it is not surprising to find Western governments increasingly creating “hate crimes” to assist those who have been offended, and police forces seemingly becoming more worried about people having their feelings hurts than tackling actual crime.

Not a day goes by when aggrieved groups are demanding their newfound “rights” to not be offended, to not have their feelings hurt, and to not have to deal with anything or anyone that makes them feel uncomfortable. The snowflake generation is now becoming a politically protected class, with new laws regularly appearing to keep them “safe” from anything unpleasant. 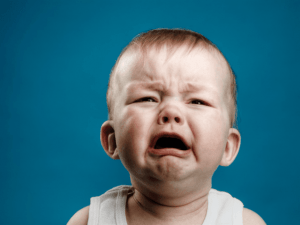 If these cry-babies just wanted to whine all day about how their feelings have been hurt that would be one thing. But the interventionist state has decided it will get involved, siding with the hordes of the offended, punishing anyone deemed to have been offensive and insensitive.

That is as good a way as any to destroy free speech and freedom itself, and see the warnings of the earlier dystopian novels come to realisation. The stuff of Nineteen Eighty-Four is now upon us, and Big Brother is calling the shots. And we are not talking about North Korea here, but the so-called free West.

Two of the major no-go zones when it comes to being protected from any and all offence is of course Islam and the radical sexual agenda – especially transgenderism. One simply dares not say anything critical about either of these groups. The powers that be WILL crack down on you if you do.

Let me offer two recent examples of this when it comes to Islam. We know that any words critical of it are automatically denounced as “Islamophobia” and the punishment for hurting the feelings of any Muslim is becoming ever harsher.

In England we have a really frightening case of Big Brother in action. The headline is just plain scary: “Police urge public to report insults that hurt feelings, but aren’t crimes”. The story begins:

A police force has urged people to report insults which make them feel bad even if they are not crimes. Under the slogan ‘Hate Hurts’, South Yorkshire Police have called upon members of the public to report incidents they know not to be criminal in order to build up a wider picture of actions which cause distress to people within the community.

Non-crime hate incidents can include offensive or insulting comments made online, in person or in writing, but the campaign has drawn criticism from people who say the police have enough work to do. The move has come after an incident in Barnsley’s market square involving a woman wielding a foot long kitchen knife, who was heard shouting ‘Kill, Kill, kill’’ by witnesses.

28-year-old Ayaan Ali has been charged with attempted murder, but police have said that since the incident, there has been an increase in Islamophobic outbursts on social media and in the streets of south Yorkshire.
www.telegraph.co.uk/news/2018/09/10/police-urge-public-report-insults-hurt-feelings-arent-crimes/?WT.mc_id=tmg_share_fb

Good grief. Hey, I am offended by this madness. Can I make a citizen’s arrest of the mad hatters in the South Yorkshire Police who have come up with this lunacy? Those guys offend me – big time. And things sure are not any better in France. Consider this shocker:

French populist leader Marine Le Pen has rejected orders by a French court that she undergo a psychiatric evaluation in connection with her prosecution for tweeting out Islamic State executions. The Rassemblement National (RN) leader revealed on Twitter that she had been ordered to undergo a psychiatric evaluation as part of the case against her saying, ” thought I had been through it all: well, no! For denouncing the horrors of Daesh (Isis) by tweets the “justice system” has referred me for a psychiatric assessment. How far will they go?!” Le Pen then tweeted out a picture of the order saying, “It’s a hallucination. This regime is really starting to scare me.” The order comes from the district court of Nanterre and is dated on September the 11th.
www.breitbart.com/london/2018/09/21/marine-le-pen-rebukes-suggested-psychiatric-tests-in-islamic-state-tweet-case/

So let me see if I got this right: Killing folks in the name of Islam is no real biggie, but being concerned about it is – and deserving of psychiatric assessment to boot. OK, makes perfect sense. The story continues:

Support for Le Pen also came in from overseas with populist Italian Interior Minister Matteo Salvini writing, ” I have no words! Solidarity with her and the French who love freedom!” The case against Le Pen stems from Tweets she wrote in 2015 highlighting the brutality of the Islamic state by posting execution videos the terror group had filmed. Earlier this year she was indicted for “dissemination of violent images” and could face three years in prison or a fine of up to 75,000 euros if found guilty. It is unlikely Le Pen will attend a psychiatric evaluation after telling French broadcaster BFMTV, “The examining magistrate has requested that I be submitted to a psychiatric report, I will not, of course, submit to this psychiatric expertise and I am waiting to see how the magistrate intends to force me.”

Things are just as bizarre when it comes to the trans madness sweeping the West. Daring to speak against it, and daring to share biological truth, can get you into real hot water. Consider three recent cases of snowflakes derailing reality. The first involves a poor student at a UK university who fell afoul of some offended snowflakes by simply stating facts:

A student editor at a top university has been fired in a transphobia row after he tweeted that ‘women don’t have penises’. Angelos Sofocleous, assistant editor at Durham University’s philosophy journal ‘Critique’, was sacked from his post after just three days for writing a tweet deemed ‘transphobic’ by fellow students.

Mr Sofocleous, 24, from Cyprus, faced disciplinary action last month after he re-tweeted an article by The Spectator on his Twitter titled ‘Is it a crime to say women don’t have penises?’, with the comment: ‘RT if women don’t have penises’. The postgraduate philosophy and psychology student was dismissed from his position at the university after the tweet sparked outrage. He was also fired from his position as editor of Durham University’s online magazine The Bubble, and forced to resign as president of free speech society Humanist Students.
www.dailymail.co.uk/news/article-6192453/Student-editor-tweeted-women-dont-penises-fired-university.html

Wow, if that is not Brave New World material I don’t know what is. Fired for stating the most obvious of facts. Will folks soon be fired for stating that 2+2=4, or for saying humans need oxygen to survive? Will those statements become offensive, and hate crimes as well?

Another case is simply more of the same: dare to share truth on the trans agenda and you will be made to pay. The headline is a real worry: “Study Silenced for Suggesting Kids Become Transgender Due to Social Influence”. Says the article:

A mainstream study by a Brown University professor is under fire from transgender advocates for suggesting that some children become transgender due to social pressure or influence, and not because they are born that way.
The study by Lisa Littman, an assistant professor of the practice of behavioral and social sciences at Brown’s School of Public Health, was published in PLOS ONE.

Brown University since has pulled a press release about the study, according to the magazine Science. The study examined why some children experience transgenderism, which is sparked by a condition known as “gender dysphoria.” “In on-line forums,” Littman wrote in the study, “parents have been reporting that their children are experiencing what is described here as ‘rapid-onset gender dysphoria,’ appearing for the first time during puberty or even after its completion.”

The gender dysphoria among the children “seemed to occur in the context of belonging to a peer group where one, multiple, or even all of the friends have become gender dysphoric and transgender-identified during the same timeframe.” In other words, these children identified as transgender only because their friends did, according to the study.
www.christianheadlines.com/contributors/michael-foust/study-silenced-for-suggesting-kids-become-transgender-due-to-social-influence.html

Oh dear. And my final case is pretty hardcore. An offended trans did not just get angry, he killed – his own parents! Consider this alarming report:

A transgender teen will today admit killing her parents after claiming they refused to accept her decision to transition. Andrea Balcer, 19, is set to plead guilty to plunging a hunting knife into her mom Alice’s back on the morning of Halloween 2016 at a hearing Wednesday afternoon. She will also admit killing father Antonio after he woke up to the sound of his wife’s screams, as well as the family’s pet chihuahua at their home in Winthrop, Maine. A disturbing 911 call played during an earlier court hearing last year saw Balcer laugh as she told the call operator what she had done to her father, saying ‘I stabbed the f*ck out of him.’
metro.co.uk/2018/09/19/transgender-teen-to-admit-murdering-parents-who-refused-to-accept-her-transition-7960036/

Being offended has just escalated – radically. And what are the chances he will get off with a very light sentence? It seems today that many folks see hurting one’s feelings as being right up there with murder anyway. So he likely will get off after 6 months for good behaviour. And he should enjoy being in a woman’s prison anyway.

The insanity we find all around us is becoming overwhelming. This really is how we destroy the West. I for one am really offended by all this. It hurts my feelings massively. Where is my protection? Where is my justice? Where is my vindication?