What does the Bible have to say about the issue of taxation? Should we pay taxes? If so, what rate of taxation should we pay? What about indirect taxation? Often the answers we give to these sorts of questions will depend more on our political viewpoint than what Scripture has to say.

That is, a libertarian for example will likely make this claim: “Taxation is theft”. We hear this all the time. But is it biblical? Is there a place for government taxation? And if so, what sort of tax would it look like? In this article I wish to address some of these issues.

First, the Old Testament speaks much of the tithe. It was the “tax” God established for his people at the time. A few things must be said about this however. First, we must notice that the tithe was never actually a monetary payment, but a ten per cent payment of crops or livestock, etc. 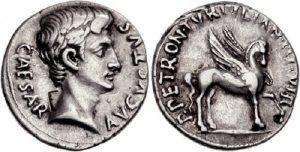 Consider just a few passages. Leviticus 27:30-32 says this: “Every tithe of the land, whether of the seed of the land or of the fruit of the trees, is the Lord’s; it is holy to the Lord. If a man wishes to redeem some of his tithe, he shall add a fifth to it. And every tithe of herds and flocks, every tenth animal of all that pass under the herdsman’s staff, shall be holy to the Lord.

We find much the same in passages such as Deuteronomy 14:22-28. It was a tithe of flocks and fields, produce and livestock. Today in the West we are overwhelmingly urban dwellers, with very few farmers. So if we wanted to apply strict OT principles today, we would be hard-pressed to do so.

And this was exactly ten per cent – no more, no less. So we find no “progressive tax rates” here, but a “flat rate” – applicable to all. As to the question of whether the tithe is a New Testament requirement, see my earlier article on this: billmuehlenberg.com/2017/01/28/should-christians-tithe/

There was however one monetary tax which all Israelites had to pay: the census tax. In Exodus 30:11-16 we read all about this. Everyone “who is numbered in the census, from twenty years old and upward” had to pay half a shekel (vv. 13-14). And notice that it applied equally: “The rich shall not give more, and the poor shall not give less, than the half shekel” (v. 15). Later this seems to have been changed to a third of a shekel (Nehemiah 10:32).

But let me turn to the New Testament. One of the most famous stories about taxation is found in all three Synoptic Gospels: the story of paying taxes to Caesar. It is found in Matthew 22:15–22; Mark 12:13-17; and Luke 20:19-26. Since they are all fairly similar, let me just offer Mark’s version:

And they sent to him some of the Pharisees and some of the Herodians, to trap him in his talk. And they came and said to him, “Teacher, we know that you are true and do not care about anyone’s opinion. For you are not swayed by appearances, but truly teach the way of God. Is it lawful to pay taxes to Caesar, or not? Should we pay them, or should we not?” But, knowing their hypocrisy, he said to them, “Why put me to the test? Bring me a denarius and let me look at it.” And they brought one. And he said to them, “Whose likeness and inscription is this?” They said to him, “Caesar’s.” Jesus said to them, “Render to Caesar the things that are Caesar’s, and to God the things that are God’s.” And they marveled at him.

Jesus does not deny the right of the state to tax. And Paul also argues for the legitimacy of government taxation. In Romans 13:6–7 we read: “For because of this you also pay taxes, for the authorities are ministers of God, attending to this very thing. Pay to all what is owed to them: taxes to whom taxes are owed, revenue to whom revenue is owed, respect to whom respect is owed, honor to whom honor is owed.”

The story of the temple tax found in Matthew 17:24-27 also speaks of Jesus’ willingness to pay taxes:

When they came to Capernaum, the collectors of the two-drachma tax went up to Peter and said, “Does your teacher not pay the tax?” He said, “Yes.” And when he came into the house, Jesus spoke to him first, saying, “What do you think, Simon? From whom do kings of the earth take toll or tax? From their sons or from others?” And when he said, “From others,” Jesus said to him, “Then the sons are free. However, not to give offense to them, go to the sea and cast a hook and take the first fish that comes up, and when you open its mouth you will find a shekel. Take that and give it to them for me and for yourself.”

Of course to establish the right of state taxation does not answer other important questions, such as what is the right tax rate, if any? Some have argued that the ten per cent principle found in the OT may be a good standard for governments today to hold to.

Lower rates of taxation seem both biblically based and economically sensible. As to the former, recall what John said to those who asked him about taxation in Luke 3:12-1: “Tax collectors also came to be baptized and said to him, ‘Teacher, what shall we do?’ And he said to them, ‘Collect no more than you are authorized to do’.”

It seems seeking to collect more than is due can move us into the realm of “taxation is theft”. But notice two more aspects of this: an exact percentage is not given by John – nor anyone else in the NT – and the tax collector is not told that he must renounce his profession if he wants to be a disciple of Christ. Indeed, a noted disciple was Matthew, the tax collector (Matthew 9:9-13). That same passage informs us that Jesus did not mind eating with tax collectors as well.

I mentioned that from an economic point of view, a case can be made for low tax rates. With hundreds of books on political economy sitting on my shelves, I could quote here from dozens of authors. But let me narrow things down drastically, and offer the insights of just one well-informed Christian theologian.

Wayne Grudem in 2010 penned his important volume, Politics According to the Bible. See my review of this very helpful volume here: billmuehlenberg.com/2010/11/01/a-review-of-politics-according-to-the-bible-by-wayne-grudem/

In his chapter on economics, he spends 25 pages on taxation (pp. 285-309). Those pages are well worth a careful read. In it he deals with quite a range of issues concerning taxation. On the question of how high or low taxation should be, he begins his discussion as follows:

If my taxes increase by $100, then I have $100 less to buy some new shoes or clothing, to take my wife to a movie or restaurant, to give to some missions program at my church, to buy books for additional research, to send as a gift to my children, or to do any of a thousand other things. My freedom to decide what to do with that $100 has been taken from me when the government collects another $100 in tax. So it is every time that taxes increase: A little more freedom—another small portion of everyone’s life—has been taken away by the government.

And he offers a lengthy economic argument to show that “when a government lowers its tax rates, it actually ends up collecting more money!” He further makes the case for a low, flat rate of taxation, and then says:

I agree that some provision should be made so that people who earn a very small amount of income will pay only a small amount of tax. Even in the law code of ancient Israel, where a sacrifice of a lamb was required after the birth of a child (see Lev. 12:6), there was a provision for people who could not afford this: “And if she cannot afford a lamb, then she shall take two turtledoves or two pigeons, one for a burnt offering and the other for a sin offering” (Lev. 12:8).

He offers for summary statements on all this:

Of course much more needs to be said about biblical economics in general and principles of taxation in particular, but the above should demonstrate at least a few truths: God has ordained the state and taxation. To argue for no taxation is to be unbiblical. To argue for excessively high taxation may also be unbiblical.

Let me conclude with some comments by N. T. Wright on the Romans 13 passage:

The civic authorities, great and small, are there because the one true God wants his world to be ordered, not chaotic. This does not validate particular actions of particular governments. It is merely to say that some government is always necessary, in a world where evil flourishes when unchecked…

Clearly those who believed that Jesus was the one true Lord of the world might well use that belief to rationalize withholding taxes which many of their pagan contemporaries, too, thought were unjust. Paul stands out against that. Christians were likely to get into quite enough trouble for far more serious things, as he knew well from his own experience; but they should be good citizens as far as they can.

13 Replies to “Taxation and the Bible”