The first three gospels – Matthew, Mark and Luke – are known as the synoptic gospels, and they share a number of similarities. However, the three also differ in major ways from John’s gospel. Indeed, much of what is found in the fourth gospel is not found in the synoptics.

Consider some of the material found only in the gospel of John. This would include: the story of Nicodemus; the raising of Lazarus; the “bread of life” discourse; Jesus’ great intercessory prayer; and his appearance to Thomas. And the reverse is also true. 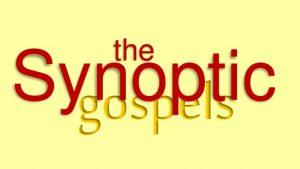 For example, some of the major themes and incidents about Jesus found in the first three gospels are absent from John’s. He hardly speaks of the Kingdom of Heaven at all; the Lord’s Prayer is not found there; and he does not cover the stories about the temptation of Jesus, his transfiguration, etc. Also missing in John are parables, exorcisms, and calls to repentance.

So why all the differences? Various reasons have been offered. Most conservative New Testament scholars argue that the first three gospels were written earlier (in the 50s or 60s) while John was written much later (from the 70s to the 90s). While the debate over the origins and dating of the gospels certainly continues, many argue that Mark may have been written first, with Matthew and Luke borrowing heavily from it, along with other possible sources.

(There are many hundreds of books dealing with all the complexities involved in the writing and formation of the gospels; how the story of Jesus came to be written down; why four gospels and no more or no less; when and how they came into being; and so on. Just one book can be mentioned here, featuring a conservative, evangelical slant on things: the very detailed and thorough work by Michael Bird, The Gospel of the Lord: How the Early Church Wrote the Story of Jesus. Eerdmans, 2014.)

Briefly, the Synoptics often presented their material around locations where Jesus ministered and preached. So they will group teachings of Jesus based on where he was at the time, eg., in Galilee, etc. While this can be found in John as well to some extent, he is more interested in theology and the deity of Christ. That is, with strong emphases on Jesus’ miracles and his teachings about his deity, John offers us a ‘high Christology’.

Moreover, one can argue that each gospel has a somewhat different purpose, and/or a different target audience in mind. Matthew for example seems to be mainly written for a Jewish audience, with Jesus being portrayed as the fulfillment of the Old Testament law and prophets.

Mark and Luke may have had gentile audiences more in mind, and if John was penned after the destruction of the temple (70 AD), then helping believers deal with persecution would have been part of his aim. Differing literary styles and so on could also be highlighted here.

And there are some differences as well found within the synoptics. For example, the birth of Christ and the genealogies are found in Matthew and Luke, but not in Mark (nor John). In sum, the Synoptics do have some differences, but many more similarities. But all three differ quite a bit from John’s gospel.

Of course all four gospels record the important features of the life of Christ: his main teachings, his death, and his resurrection. The gospels have been referred to as passion narratives with extended introductions. That is, the last week of the life of Jesus receives major – and lengthy – attention.

Here then is some recommended reading on the Synoptic Gospels. I begin with commentaries on the Sermon on the Mount. These ten volumes include some devotional and expository works along with more scholarly and academic volumes.

Luke commentaries – academic and critical, and devotional and exegetical (Ryken)

As usual, my selection features works that are relatively recent, and mainly reflect a more or less conservative or evangelical point of view. It really would be difficult if I were asked to select a handful of my top recommendations here. But I am sure many of you would prefer that I narrow things down a bit. So, if pressed, I would likely (albeit tentatively), select these:

(For Australian readers, many of these titles can be found at Koorong: www.koorong.com/ )