Time was, those who were the most concerned about good theology, who most stressed the importance of biblical truth, and who most sought to order their lives under the Word of God were evangelicals. Sadly it seems like this is no longer the case – not by a long shot.

We see a million bits of anecdotal evidence about this, but there have been more rigorous means to assess all this. In America at least various polls and surveys have been conducted amongst evangelical Christians as to what they believe – or don’t believe.

And for years now the results have been very troubling indeed. One such investigation that routinely monitors and gauges where evangelicals are at theologically is the Ligonier Ministries’ State of Theology survey. They have been doing this for a while now and the findings are not very encouraging. 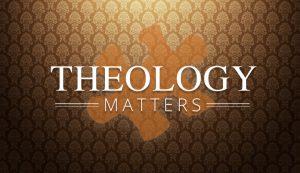 Every two years they “take the theological temperature of the United States to help Christians better understand today’s culture and equip the church with better insights for discipleship.” I had written up their last set of findings here: billmuehlenberg.com/2016/10/05/demise-theology-hopeful-recovery/

In that piece I began with these words:

One can safely say that contemporary Western Christians may be the most theologically illiterate since the church began 2000 years ago. The woeful lack of basic theology and sound doctrine in so many churches today is coupled with a woeful biblical illiteracy.

The two go together of course. It is hard to have good theology if one knows very little about the source of good theology – the Bible. We expect the surrounding culture to be theologically malnourished, but it is a tragedy when the Body of Christ is also so spiritually sick.

After I listed a number of specifics on this, I wrote: “These are just a handful of the findings. All in all they indicate a real decline in American theological understanding, both in and out of the church. Admittedly they reflect a particular theological viewpoint (Reformed theology), but they nonetheless give a good overall picture of the theological state of play in the US today.”

Sad to say, but in their newest survey we simply have more of the same. Let me offer a few details from their research. Let me look at just two findings concerning U.S. adults overall. Consider this statement: “Religious belief is a matter of personal opinion; it is not about objective truth.” The results were these:

Wow, that is a real worry. Then consider what Americans think about the holiness of God. As to the statement, “Even the smallest sin deserves eternal damnation,” we have these findings:

As to be expected I suppose. And here are some replies just from American evangelicals. The first is what I already featured above: “Religious belief is a matter of personal opinion; it is not about objective truth.” And the results for evangelicals?

Those findings are certainly better than the nation over all, but still rather worrying. Only two thirds of evangelicals can affirm the statement. Here is another: “Everyone sins a little, but most people are good by nature.” The findings are these:

Now those results are a massive worry. The gospel makes zero sense unless we understand not just who God is, but how our damnable sin has fully separated ourselves from him. Yet here we have a full 50 per cent plus of evangelicals claiming we are basically likeable chaps and jolly good. Wow.

And another question, this one broken down by age. When it comes to the contentious issue of abortion, participants aged 18–34 said this to the statement, “Abortion is a sin”:

Barely half of respondents consider abortion to be sinful. Oh dear. However, on the positive side, the report says this: “Millennials are most likely to say abortion is a sin—an increase from 2016.” That should give us some hope I guess.

But probably the most shocking – and most damnable – response found in this entire survey is how evangelicals responded to this statement: “Jesus is the first and greatest being created by God”. Here is what they found:

Good grief! Really? Jesus is a created being? Have most evangelicals become cultists now like the Jehovah’s Witnesses? One of the most basic biblical teachings we have is that Jesus Christ is the eternal God, and NOT a created being. Church history has battled this out from early on, affirming the biblical data on all this.

But now it seems the great majority of evangelicals are Arians. No wonder the church of today – at least in America – is going down the tubes so fast and making no impact. When you can’t even get the most foundational of Christian doctrines right, then we have lost the plot big time. Lord help us.

In the report the authors point to their own very brief statement on Christology, and it is a good start concerning what the Bible teaches and all true Christians believe. It is found here: christologystatement.com/

I have a number of articles on Christology which takes all this further in greater detail. See here: billmuehlenberg.com/category/theology/christology/

The Ligonier report offers this as its conclusion:

The 2018 State of Theology survey reveals deep confusion about the Bible’s teaching, not only among Americans as a whole, but also among evangelicals. There is something very wrong when a majority of Americans can give the correct answers to basic Bible questions and at the same time say that their beliefs are purely a matter of personal opinion.

These results show the urgent need for sound biblical teaching and the bold preaching of the gospel. Millions of people do not understand the holiness of God, the reality of sin, and the one way of salvation in Jesus Christ. There is much work to be done, but it is our hope that these findings will serve the church in its efforts to reach more people with the faithful proclamation of the truth of God’s Word.

Yes exactly, and many of us have been bemoaning this reality for decades now. It simply seems to get worse each passing year as Christians become less and less interested in theology or in even regularly reading and studying the Word of God.

And as they increasingly soak up all the worldly wisdom of the surrounding secular left culture, instead of standing against it, this theological illiteracy simply gets worse. As I have said so often before, mere head knowledge alone will not save the church nor transform individual believers.

But neither will mere emotionalism. What we need today more than ever are followers of Christ who actually obey his greatest command, to love God with their entire being – and that includes with their minds. Let me finish this piece with a few quotes.

Since R. C. Sproul was the founder of Ligonier Ministries, let me offer two quotes from his important 2014 book, Everyone’s a Theologian:

“The purpose of theology is not to tickle our intellects but to instruct us in the ways of God, so that we can grow up into maturity and fullness of obedience to Him. That is why we engage in theology.”

And two quotes from Mere Christianity by C. S. Lewis:

“Everyone has warned me not to tell you what I am going to tell you in this last book. They all say ‘the ordinary reader does not want Theology; give him plain practical religion.’ I have rejected their advice. I do not think the ordinary reader is such a fool. Theology means ‘the science of God,’ and I think any man who wants to think about God at all would like to have the clearest and most accurate ideas about Him which are available. You are not children: why should you be treated like children?”

“Theology is practical: especially now. In the old days, when there was less education and discussion, perhaps it was possible to get on with a very few simple ideas about God. But it is not so now. Everyone reads, everyone hears things discussed. Consequently, if you do not listen to Theology, that will not mean that you have no ideas about God. It will mean that you have a lot of wrong ones — bad, muddled, out-of-date ideas. For a great many of the ideas about God which are trotted out as novelties today are simply the ones which real Theologians tried centuries ago and rejected.”

11 Replies to “The Perilous State of Our Theological Illiteracy”