It should go without saying that no Christian would want to be involved in magic – or at least most forms of it. Some things, like sleight-of-hand card tricks might be OK. But the magic I have in mind here is that of the common definition: “the power of apparently influencing events by using mysterious or supernatural forces”.

Sure, Christians believe in a supernatural God, and we believe in the power of prayer. We believe we can pray and that God can move to influence events. But this is a far cry from mystical incantations, superstitious charms, and magical formulas, where we seek to create our own reality and manipulate events.

These folks hold to a sub-biblical belief that we should only say positive things, and nothing negative. They believe we create our own reality with our words, and therefore we must just use positive words, and never dwell on nor speak about anything negative. I have often dealt with this quite unhelpful, even damaging, belief. See here for example: billmuehlenberg.com/2010/09/29/problems-with-the-positive-confession-movement/ 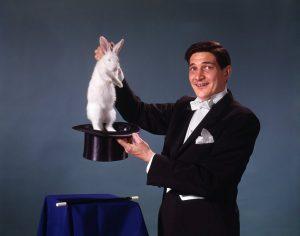 Sadly I keep encountering Christians who run with all this stuff. Just yesterday I penned a piece on how Christians should NOT respond to the evil and darkness that surrounds them. I mentioned that we should not be Pollyannas, only stressing the positive and the pleasant, while ignoring the reality of evil and suffering. That is not a biblical response.

And recently on the social media I had a lively encounter with another Christian pushing all this. I had been discussing the sad state of affairs in Australia, and how even Christian leaders were too often selling us out. At that point some guy added this comment under my post:

“Wow you paint a pretty bleak picture! Have no-one on this post heard about Romans 4:17 that talks about speaking those things that are not as though they were? We ‘create’ with our words and I refuse to agree with the enemy!”

Oh dear. We all know that a mark of a cultist is being guilty of blatant Scripture twisting. But when Christians end up doing the same thing as they abuse and misuse the Bible, that is a real worry. And in this case one simply needs to turn to Romans 4 to see what is being said – and not said.

If we just read the verse in context we will quickly discover that it says absolutely nothing about human beings creating things with their words. Instead, we read about “God who gives life to the dead and calls into being things that were not.”

The context of Romans 4 is Abraham and how he was justified by faith. God told him and his wife in their old age that he was going to give them offspring. God brought life out of those two very old bodies, just as he created the world out of nothing. This is what God does. That is how he works.

But we are not God. We do not create anything. We do not run with New Age mind-over-matter nonsense. We do not believe in creative visualisation. And because we live in the real world, we acknowledge that real evil exists. The way the believer responds to this is not just by thinking happy thoughts or trying to accentuate the positive.

If your spouse is being attacked before your very eyes, simply pretending it is not happening or vainly talking about bringing things into existence is not going to help the one under attack. What will help is to first get back to reality, acknowledge what is happening, and then do something about it.

But this guy was not happy with my response, and kept pushing this faulty line of thought. He said he was so upset with “post after post after post of doom and gloom, full of negativity and criticism”. Well, what can I say? The Israelites said exactly the same thing about Jeremiah and the other prophets. The very same thing.

They wanted the happy-clappy feel-good words, not the words of God warning the people of all the sinful and evil things going on – things that God had to respond to. Simply keeping our heads in the sand about all that is happening around us helps no one, and is not the biblical solution.

Sure, we also speak about and affirm God and his grace in dealing with all these issues. Sure, we have hope and we believe God will act. And sure, we need faith to believe God can do the impossible. But all that is different from pagan magic, and from the name-it-and-claim-it teachings.

I have looked at many texts these folks toss out, showing how they are being twisted to say what they are not meant to say. Let me look at just one more passage that these folks will push in your face. They will speak about how Jesus was limited in doing miracles because of the peoples’ lack of faith, as if our faith alone determines what God can do.

The obvious response to that is to look at Lazarus. Just how much faith did he have to be raised from the dead? Um, not much I would have thought – when you are dead, you don’t have any faith! But let’s look at the passage I just referred to in its context, Mark 6:1-6:

He went away from there and came to his hometown, and his disciples followed him. And on the Sabbath he began to teach in the synagogue, and many who heard him were astonished, saying, “Where did this man get these things? What is the wisdom given to him? How are such mighty works done by his hands? Is not this the carpenter, the son of Mary and brother of James and Joses and Judas and Simon? And are not his sisters here with us?” And they took offense at him. And Jesus said to them, “A prophet is not without honor, except in his hometown and among his relatives and in his own household.” And he could do no mighty work there, except that he laid his hands on a few sick people and healed them. And he marveled because of their unbelief. And he went about among the villages teaching.

Pentecostal scholar Keith Warrington says this in his important 2015 volume, The Miracles in the Gospels:

This incident may not be used simplistically to assert that a lack of faith restricted Jesus. Rather, Jesus is presented as choosing not to heal because of an absence of faith. The identity of that unbelief is to be defined as unwillingness to accept him, a determination to oppose him, rejection, not doubt. The faith that brought a positive response from Jesus is the readiness simply to go to him for help. The people of Nazareth did not offer this, but instead expressed rejection – a tragic mistake.

And the comments of William Lane are worth reflecting on here:

In the presence of gross unbelief Jesus restricted his activity to the healing of a few sick individuals. It is not Mark’s intention to stress Jesus’ inability when he states that he could perform no miracles at Nazareth. His purpose is rather to indicate that Jesus was not free to exercise his power in these circumstances. The performance of miracles in the absence of faith could have resulted only in the aggravation of human guilt and the hardening of men’s hearts against God. The power of God which Jesus possessed could be materialized in a genuinely salutary fashion only when there was the receptivity of faith. Unbelief excluded the people of Nazareth from the dynamic disclosure of God’s grace that others had experienced.

We must guard against an unbiblical understanding of faith and of the idea that we can somehow manipulate reality. That is not biblical Christianity but magic. Sure, we need to increase our faith and expect God to do great things, but pretending we are in God’s place and can create things by mere will-power is not how we do it.

Any simplistic concept of happiness and well-being based on one’s amount of faith and/or verbal commands is far from the Biblical picture. One needs to guard against confusing faith with making claims on God. This is to conflate faith with presumption.

By all means, we need more faith. But God is not to be told what to do – he is to be submitted to in fear and reverence. Yes, faith pleases God and opens doors. But in the end, what matters is not our great faith in God, but our faith in a great God.

7 Replies to “Faith or Presumption? Prayer or Magic?”