On November 6 America had its mid-term elections. As the name implies, it comes between the presidential election cycle (in this case, between 2016 and 2020). This year all 435 seats in the House of Representatives were up for grabs, 33 of the 50 Senate seats, and 36 of the 50 governorships.

Republicans held sway everywhere before the election: a Republican President plus a Republican-controlled House and Senate, and a majority of state governors. While we do not have the final numbers yet, it appears that the Republicans have kept three of the four, with the Democrats winning back the House. 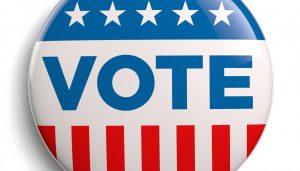 In the Senate just prior to the elections there were 51 Republicans, 47 Democrats, and 2 Independents. Now the Republicans control the Senate by a slightly bigger majority: by at least 53 seats.

Here are some highlights:

Senate bad:
-Elizabeth Warren of Massachusetts has got back in
-Independent socialist Bernie Sanders was returned in Vermont

House good:
-While the Republicans lost control of the House, it was certainly not a massive landslide for the Democrats

House washup:
-A small turnaround occurred with the Democrats reclaiming the House of Representatives  – the first time in eight years
-The question is whether they will legislate or investigate. If they spend all their energies on getting rid of Trump and pushing other political agenda items, they may have a short-lived majority.
-Leftist Maxine Waters from California may well head up the financial services committee

Governors bad:
-The Republicans have lost some state seats, but they may still have a slight majority with perhaps 28 governors now
-Jared Polis elected in Colorado, America’s first openly homosexual governor

Overall washup:
-In a sense there were not too many surprises here. Historically the majority party tends to lose seats in the mid-term elections
-The “blue wave” fizzled
-Voters turned out in record numbers
-Obama getting on the campaign trail did not help all that much
-Rural voters tended to favour the Republicans while suburban voters tended to favour the Democrats
-Sarah Sanders’ view seems accurate overall: “It’s been a good night for the President”
-Also, there were 38 states that had over 160 referenda covering a whole range of issues (abortion funding, drug legalisation, etc)
-The Trump Effect – with all his election speeches, eg. – can clearly be seen in the results

Patrick Buchanan, writing just before election day said this about a House win for the Dems:

But even if they do capture the House, the rewards may be fleeting. A Democratic House will be a natural foil for President Trump, an institution with responsibility but without real power. And should the economy, which has been running splendidly under a Republican Congress and president, start to sputter under a divided Congress, there is no doubt that the Democratic House majority, with its anti-capitalist left and socialist ideology, would emerge as the primary suspect.

2019 is thus shaping up to be a year of gridlock on Capitol Hill, with the Senate attempting to expeditiously move through Trump’s nominated judges and a Democratic House potentially hassling the White House and Trump administration with a snowstorm of subpoenas.
https://www.theamericanconservative.com/buchanan/a-democratic-congress-could-be-a-perfect-foil-for-trump/

Finally, Chuck Colson once said this in a radio broadcast about the importance of Christians getting out and voting:

So, have you voted yet? If so, well done. If not, as soon as this broadcast is over—or as soon as you’re off work—I want you to go and fulfill your Christian duty to be a good citizen and go vote. And while you’re at it, call a few of your Christian friends. Find out if they’ve voted yet. If not, tell them that you’re going and you’ll be glad to stop by and pick them up. And let me say this. The next time you hear someone tell you that Christians ought to take a vacation from politics, tell them to go fly a kite!

Listen, it’s our duty, as citizens of the Kingdom of God to be the best citizens of the society we live in. If your pastor no longer has energy or courage to motivate his flock to speak out on public issues, maybe you can lovingly “buck him up.” Remind him or her that God’s people are to love their neighbors, to desire the best for them, to pursue the common good. And we can’t do that on the political sidelines.

When a rabid secularist tells you to stop forcing your religion down his throat—simply correct him. You might say, “Excuse me, but who is suing the government to remove crosses from cemeteries? Who has filed lawsuits to remove ‘under God’ from the Pledge of Allegiance? Who’s trying to tell doctors and nurses and pharmacists that they have to participate in medical procedures that violate their religious conscience? Who’s banning Bibles from schools? In other words, who is forcing their point of view on whom?

We Christians are simply trying to PRESERVE and PROTECT the rights and liberties that we Americans have enjoyed from the founding of our Republic. We are the ones who take seriously our nation’s founding creed: that “all men are created equal and endowed by their CREATOR with certain inalienable rights, and that among these are life, liberty, and the pursuit of happiness, meaning virtue.”

Our founders recognized that true rights come not from government, but from God Himself. Government must not take those rights away. And to protect those rights, we must vote. Yes, the elections are upon us. Don’t be intimidated. Do not retreat to the sidelines. Go out and vote for the candidate of your choice. Vote as your conscience informs you. And yes, allow your faith to inform your conscience.
http://www.breakpoint.org/2018/11/breakpoint-the-midterms-are-today/

Counting was still going on as I wrote this piece, but most results were in. Final figures may change somewhat, but the numbers I offered above should be more or less accurate.

10 Replies to “The US Mid-Term Elections”