Anyone who knows a bit about me and my ministry knows that I deal with a lot of rather unpleasant stuff – evil, dark and destructive matters. Whether it is things like abortion, or Islamic jihad, or the war on marriage and family, or the sexualisation of our children, or the undermining of our civilisation, I deal with some hardcore stuff.

Of course since I am a Christian it is not all gloom and doom. It can’t be, because I know that one day all wrongs will be dealt with, and the good guys will win. Believers know that God is still on the throne, and we know that he gives us grace while standing against evil and promoting biblical truth. 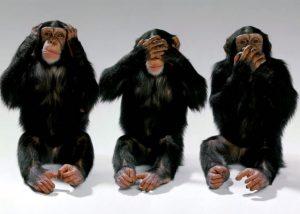 But the incessant battles of the day can certainly be exhausting and debilitating. It is easy to get overwhelmed with what is happening all around us, not just with things in the world, but things in the church as well. Anyone who has a concern for seeing righteousness lifted up in the world and purity promoted in the churches knows how bad things are.

There are various ways Christians can respond to all this. The proper way – as I have so often argued for – is to care, to get involved, to pray, to resist evil, and seek to be salt and light. Being a Christian in a dark and broken world is never easy, but it is what we are called to do.

And that case I have made often, including the need to get involved in the culture wars, to stand up for biblical values in a secular culture, and to affirm God’s ideals for his church. I for one will keep doing this until I am no longer able to. It is my calling which I must faithfully discharge.

And while everyone of course does not share a similar calling to mine, there are nonetheless far too many believers who have responded rather poorly to all that we see happening around us. There are a number of unhelpful and unbiblical responses that need to be challenged, and moved away from. Here then are three such faulty responses:

This is one way to respond – but a very wrong way. Simply keep your head in the sand and pretend nothing is going on out there in the world. Just ignore everything going on around you, and look after only yourself. That is how many people respond, but there is nothing Christian about such a response.

We have an obligation to let our Christian faith have an impact on those around us, and for the lordship of Christ to extend to all areas of life. We are not meant to hide our light under a basket, but to let it shine for the whole world to see. We are meant to be a salty people who have an impact on the world around us.

Closing your eyes and ears to all the evil and suffering around us is NOT the Christian response. While we cannot do everything about everything, we can do something about some of the pressing needs and problems around us. As Mother Teresa once said, “If you can’t feed a hundred people, then feed just one.” And again: “Never worry about numbers. Help one person at a time, and always start with the person nearest you.”

This is also a common response, and I get this one all the time. ‘Oh Bill, you are just too negative.’ They want me to just think happy thoughts, accentuate the positive, and ignore the negative. They want nothing to do with anything ‘negative.’ Just recently one believer told me, “Wow you paint a pretty bleak picture!”

Um, just what is the murder of millions of unborn babies, the sexualisation of our children, the war on truth, the incursion of militant Islam, the destruction of marriage and family, the escalation of anti-Christian bigotry and oppression – to name but a few issues – if not some pretty bleak stuff? What do YOU call that?

Being a Pollyanna and just focusing on the positive is not going to stop the abortion holocaust or prevent IS thugs from lopping off the heads of Christians. Wishing it all away is not going to help anyone. And asking us just to focus on the positive is not at all biblical. Try telling that to the person being raped or the family losing their home or the terminal cancer patient.

And where have we seen this mindset before? Oh yeah, the Old Testament prophets were routinely condemned and rejected for dwelling on the negative and delivering all the bad news. The Israelites back then were just like so many Christians today: they only wanted the happy and cheerful stuff, and refused to listen to any words about sin, evil, wrath, and judgment to come.

I have a few words for these folks: instead of simply shooting the messenger, why not wake up to the real world? Why not open your eyes to the very real evil that is out there, and ask God how you might be a part of the solution? Why not leave your world of fantasy and make-believe and get back down to planet earth?

Another very common response to all the evil in the world is to simply offer a distorted theological response. Biblical truths will be invoked, but they will be twisted and distorted in ways they were never meant to be. One of the more common examples of this is to run with the idea of God’s sovereignty.

Now, is God sovereign? Absolutely. Is he still on the throne? You bet. But we can misuse such glorious biblical truths and end up getting into a sort of Christian fatalism. You hear this all the time:
‘It is all meant to happen’
‘It is all God’s will’
‘We know how the story ends’
‘This is just as the Bible predicted’
‘We must be living in the end times’
‘Scripture says things will get worse’

There is some truth in all these statements, but far too often they are thrown out carelessly and with the express aim to say something further: ‘Since all this is predicted, and since God is sovereign, we should not be bothered by any of this. Just sit back and relax. Just let God do his thing. No need to fret or get involved.’

But this is a distortion of some basic biblical truths. That God is still on the throne does NOT mean we just sit back and do nothing. That God is working out his purposes does NOT mean everything that happens is just peachy, and we never take a stand against evil and injustice.

The truth is, we live in a real world with real sin and real evil. Sinful people exist, and sinful actions abound. And believers are called to BOTH trust God AND work for righteousness while resisting that which is evil. Wilberforce could thus fully rely on God’s sovereignty, while doing all he possibly could to fight the evil slave trade.

And we just need to make all this personal and practical to see what a ridiculous and unbiblical copout this can be. If for example my wife is being raped by a gang of men, I will NOT sit back and say ‘We know how the story ends, so why fight it. It is God’s will!’

If my child is choking on a bit of food stuck in her throat, I will NOT sit back and say, ‘Thank God he is sovereign and everything that happens is his express will, so I will just sit back and see God at work!’ If your pastor or priest is pushing this line, you may need to find a new place to worship.

Indeed, if they discovered that their church or parish was on fire, they would very likely NOT sit back and say ‘Praise the Lord – we know that God triumphs in the end!’ If they had half a brain they would call the fire department and try to DO something about this.

Yet when we hear about the worldwide abortion genocide, Islamic terrorism and creeping sharia, or the ongoing war on marriage and family, far too many hyper-spiritualised Christians will just come up with these lame excuses: ‘God is at work, we are not to be fazed by this, and we just accept it all as God’s will!’

While the theological and biblical discussion of God’s sovereignty is complex indeed, no real biblical Christian uses it as an excuse to do nothing and say nothing. Yes God is in charge, but he still commands us to do many things, including acting as real salt and light in a very dark world.

What then can I do?

As I said above, we are not all called to the same ministry or the same Christian activity. We are all called to care, to pray, and to seek to be salt and light, but how that works out specifically for individual Christians can vary greatly. Let me offer just one example of this.

I believe that every single person who names the name of Christ should have a very high regard for the sanctity of life. As such, all believers should resist the culture of death all around us and seek to be a voice for the voiceless. All believers can be involved here.

When it comes to something like abortion, there are many things believers can do. I happen to work on the public policy side of things. I will put in submissions to government inquiries; I will lobby politicians; and I will engage in the war of ideas in the public arena.

So there is really no end to what we can do to stand up for life and resist the abortion culture. I do not expect you all to do what I do. But I do expect that all of you will carefully consider how you can stand in the gap for those being led to the slaughter.

Evil and suffering surround us everywhere. How will you respond? I hope the three wrong responses I discussed will not be your choice. Instead, we need the same mindset as that of William Booth: