The perennial question of if and when a Christian should disobey an unjust law and engage in civil disobedience has certainly come to the fore in the case of American prisoner of conscience Kim Davis. She has just been released from a Kentucky jail after spending nearly a week there, because she chose to put the law of God and Christian conscience over unjust human laws.

There has been much discussion in Christian circles about this case, and I have sadly read a lot of foolishness concerning it. Some misguided believers have insisted that she was wrong to take such a stance, and that she had an obligation to do as she was told and not resist. These folks really seem to think that human law is somehow absolute and inviolate. 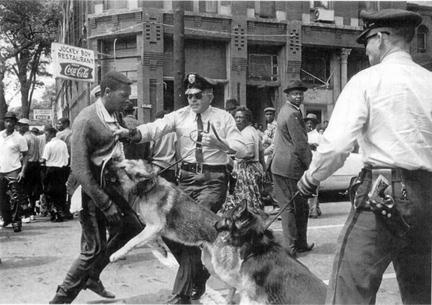 But Christians throughout history have almost never held to that view. Most believers have recognised that while we are to obey the state for the most part, when human law clashes with God’s law, then we must make a choice. Civil disobedience may then be required, but we must be willing to face the consequences as well. I discuss this in more detail here: billmuehlenberg.com/2008/11/02/christians-and-civil-disobedience/

And as I discuss here, we have all sorts of examples in the Bible and in church history of such resistance to the state and civil disobedience: billmuehlenberg.com/2015/09/06/criminalising-christianity-and-resisting-unjust-laws/

As mentioned, a passage like Romans 13:1-7 tells us to submit to government authorities. But this is not an absolute, and there are times when we must refuse to submit. As R. C. Sproul says about this passage:

He goes on to say that “the principle is easy; the application is difficult.” I deal with its application in the first article I link to above. But as hard as it may be to undertake, there are times when we must resist, and we must disobey. For those believers who insist that we must always obey human law no matter what, I must simply remind them of the rich Christian heritage of resistance to unjust laws.

Those involved in the Nuremberg Trials insisted that the Germans were not duty-bound to obey Nazi law (“just following orders”), but that there was “a law above the law” which took priority. Exactly so. Ultimately it is God we must obey when human laws come into obvious conflict with divine laws.

This has always been the position of almost all Christians for the past 2000 years, as the following quotes clearly demonstrate. I include a few non-Christians in the mix, but most of these come from Christians. They make it pretty clear that some laws are unjust, and some laws must be disobeyed:

“An unjust law is no law at all.” -Augustine

Unjust laws “are acts of violence rather than laws” and “such laws do not bind in conscience, except perhaps in order to avoid scandal or disturbance, for which a man should even yield his right.” -Thomas Aquinas

“We are subject to the men who rule over us, but subject only in the Lord. If they command anything against Him let us not pay the least regard to it.” -John Calvin

“For earthly princes lay aside their power when they rise up against God, and are unworthy to be reckoned among the number of mankind. We ought, rather, to spit upon their heads than to obey them.” -John Calvin

“True it is, God has commanded kings to be obeyed; but likewise true it is, that in things which they commit against His glory, He has commanded no obedience, but rather, He has approved, yea, and greatly rewarded, such as have opposed themselves to their ungodly commandments and blind rage.” -John Knox

“… whenever the Legislators endeavour to take away, and destroy the Property of the People, or to reduce them to Slavery under Arbitrary Power, they put themselves into a state of War with the People, who are thereupon absolved from any farther Obedience, and are left to the common refuge which God hath provided for all men against force and violence.” -John Locke

“Resistance to tyranny becomes the Christian and social duty of each individual. … Continue steadfast and, with a proper sense of your dependence on God, nobly defend those rights which heaven gave, and no man ought to take from us.” -John Hancock

“The strongest reason for the people to retain the right to keep and bear arms is, as a last resort, to protect themselves against tyranny in government.” -Thomas Jefferson

“To compel a man to subsidize with his taxes the propagation of ideas which he disbelieves and abhors is sinful and tyrannical.” -Thomas Jefferson

“I cannot for an instant recognize that political organization as my government which is the slave’s government also.… The only obligation which I have a right to assume, is to do at any time what I think right. … Under a government which imprisons any unjustly, the true place for a just man is also a prison.” -Henry David Thoreau

“Civil disobedience becomes a sacred duty when the state has become lawless or corrupt. And a citizen who barters with such a state shares in its corruption and lawlessness.” -Mahatma Gandhi

“It is because men are sinners that justice can be achieved only by a certain degree of coercion on the one hand, and by resistance to coercion and tyranny on the other hand.” -Reinhold Niebuhr

“For to safeguard the inviolable rights of the human person and to facilitate the fulfillment of his duties, should be the essential office of every public authority. This means that, if any government does not acknowledge the rights of man or violates them, it not only fails in its duty, but its orders completely lack juridical force” -Pope John XXIII, Pacem in Terries (Peace on Earth)

“You must never be fearful about what you are doing when it is right.” -Rosa Parks

“One may well ask: ‘How can you advocate breaking some laws and obeying others?’ The answer lies in the fact that there are two types of laws: just and unjust. I would be the first to advocate obeying just laws. One has not only a legal but a moral responsibility to obey just laws. Conversely, one has a moral responsibility to disobey unjust laws. I would agree with St. Augustine that ‘an unjust law is no law at all’.” -Martin Luther King, Jr.

“God has ordained the state as a delegated authority; it is not autonomous. The state is to be an agent of justice, to restrain evil by punishing the wrongdoer, and to protect the good in society. When it does the reverse, it has no proper authority. It is then a usurped authority and as such it becomes lawless and is tyranny.” -Francis Schaeffer

“The bottom line is that at a certain point there is not only the right, but the duty, to disobey the state.” -Francis Schaeffer

“If there is no final place for civil disobedience, then the government has been made autonomous, and as such, it has been put in the place of the living God.” -Francis Schaeffer

As these and other quotes which could have been provided here make clear, most Christians have never held to the view that human laws are always absolute and inviolate. They have rightly recognised that sometimes certain laws are unjust and conflict with divine law. Then they must be disobeyed.

As stated, generally speaking the believer is commanded to obey the state. But the state is meant to be doing its biblical, delegated duty in upholding true justice and righteousness. The “one in authority is God’s servant for your good” (Romans 13:4). When it refuses to do its divinely appointed duty, then believers may be forced to resist government authorities.

7 Replies to “The State, Unjust laws, and Civil Disobedience”