God is true, and all truth comes from God. There is no truth apart from God. He is the source of truth, and when we speak truth, we are speaking his truth. This is all rather obvious, but I raise it here because I keep finding some confusion out there about these matters.

As an example of this, I recently heard a well-meaning believer informing folks that we should avoid a certain well-known figure of the recent past and abstain from quoting from him, because he was involved in a non-Christian cultic group. He even said we must repent if we quoted from him in the past. 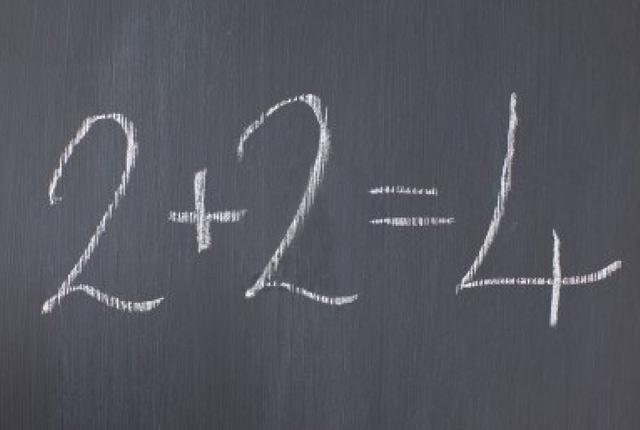 Now the man he referred to was a very great person in history, a well-known author and political figure, and quoted by millions of believers and non-believers alike. And the group he is said to have been involved with is indeed not a group I can support or recommend in any way. But the idea that believers must therefore have nothing to do with him, and treat everything he ever said or wrote as poison is simply silly.

The simple fact of the matter is this: all truth is God’s truth. Thus if a Satanist, a Jehovah’s Witness, an atheist, a Scientologist, or a Hindu says “2+2=4”, I will happily concur and re-quote that any day of the week. There is no perfect person – we all have our issues. To say we can never quote someone unless they are a 100% perfect Christian is just foolish and unhelpful.

I often will quote folks when they have something truthful and helpful to say, be they Buddhists, Jews, agnostics, atheists, or whatever. Sure, some discretion and wisdom is needed here. If someone is a clear-cut apostate or cultist who is seeking to deceive many, then I will tend to give such folks a wide berth.

Cultists, false prophets and false teachers all mix truth with error. That is how heresy works, and that is how the cults operate. So there I will likely not even run with the various true things they may say, since their false stuff is leading many astray to a lost eternity.

But if a well-known figure who may not be a Christian has written sensibly and wisely on various issues, I am more than happy to quote from him. And I do so all the time. Some of my favourite sources of quotes come from some of these folks, be they George Orwell or Winston Churchill or Brendan O’Neill or Andrew Bolt, etc.

They may not have been saved, but they are still capable of speaking real truth on various topics. And mature Christians should be able to discern what is of help and what is not anyway. This is to be the case even of respected Christian writers and teachers.

Not everything they say may necessarily be true or biblical. We must carefully judge and assess everything we hear and read. Like the noble Bereans of Acts 17, we must hold up all teachings to the Word of God. Even what our pastors and Christian leaders say cannot be accepted uncritically and without prayerful assessment.

So it is the same with non-Christian speakers, writers and teachers. We can glean truth from them while rejecting any obvious falsehoods. We should treat all the ideas we encounter as we would a fish dinner: take the meat but leave behind the bones. Sure, some authors or teachers are just plain evil and deceivers.

As I said, we should not spend any time with such folks, and it is wise just to avoid them altogether. But the many non-Christians we encounter in life, in books, in art, and so on, may have some aspects of truth which are worth receiving and sharing.

We need not dismiss everyone who is not a Christian. We can learn much from even pagans if we are careful and discerning. So we must not throw the baby out with the bathwater here. Yes, we eschew and avoid obvious bad, false or deceptive leaders and teachers.

But we cannot avoid everyone and everything. We live in a fallen world, where there will always be a mix of truth and error. We are to be mature enough and wise enough to be able to navigate our way through such a world. To argue that we must have nothing to do with others because they do not have 100 per cent truth is not all that helpful.

Indeed, this sort of purism is actually just old-fashioned Pharisaism. I have written about this often. It is a pity I have to keep revisiting it. Sure, we do not give any unnecessary ground to evil and the devil. But pushing an unhelpful and unbiblical purism helps no one either.

The only way people can be consistent with that is if they leave everyone and everything and spend the rest of their lives in a cave somewhere, so they won’t be “contaminated” by the world. And even there they will have to sweat in their work, put up with thorns, thistles, misquotes, etc – all part of the fallen world.

We cannot avoid being “contaminated” to some extent with the world and sinful individuals. Every time you buy some groceries it is possible a cultist or a witch could be serving you. When you fill your car with petrol, the guys selling it to you may be hard-core atheists or theological heretics.

We cannot avoid rubbing shoulders with such folks. I have spoken about this often when it comes to elections. Far too many Christians think we cannot vote for anyone who is not a born-again Christian. Thus they will often not vote at all, and allow a really evil person to get into power, all so that they can claim to be keeping their hands clean.

These purists and Pharisees who refuse to vote for someone because they are not Jesus Christ or perfect are in my books completely irresponsible, unbiblical and just plain foolish. They are allowing great evil in order to make themselves look “pure”.

But we take what we get in a fallen world. So I will take truth where I find it. If a non-Christian offers tremendous insight and clarity on an issue, I will run with it, even though I obviously will not agree with his or her overall worldview.

But demanding perfection helps no one. None of us are perfect. We make do with imperfect people and with imperfect ideas. But since all truth is God’s truth, we can use it for his glory. And we can pray those non-believers who have some truth will receive much more truth, especially an encounter with the one who claims to be “the way, the truth, and the life”.

As I say, the person I mentioned above was well-intentioned and had genuine concerns. But too often believers are just not thinking very carefully about such matters. It is possible to vote for a non-Christian who has a fair amount of truth and character.

We can learn from and share the truths of non-Christians as well. That is because all truth is God’s truth. We live in the world but are not of the world. As usual, getting the biblical balance right here is important.