Most of us know about the great English preacher Charles Spurgeon. But many may not know of the incredible woman who stood with him. As the saying goes, “Behind every great man is a great woman”. We cannot really understand the greatness and impact of Charles without being aware of Susie.

This brand-new biography is well worth getting. In it we learn just how indispensable a role Susie played in the life and ministry of Charles. Without her he would likely have had a far different history than the one we are so familiar with. 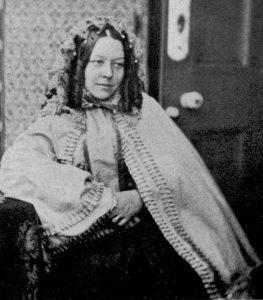 Since Rhodes begins with a timeline, let me offer a short one of my own:

As can be seen, the two were married for 36 years, and Susie lived for another 11 years after he died. So much stands out in their time together. One is the simple truth that they had a deep love for one another that never abated. When Charles travelled, he wrote her love letters daily. This biography makes clear the great love they each had for the other.

And it was her help in his ministry that was so important. Indeed, it was a two-way street: “She was blessed with a husband who valued her, not only as a wife but also as his friend, equal, and partner in gospel enterprises, despite their living and ministering in a male-dominated society.”

Of course Charles was not just devoted to her, but he was fully devoted to his ministry as well. Despite his deep love for her, his many ministry activities and travels meant she was lonely at times. And it could get worse: “On occasion, Charles was so engaged in his ministry that he didn’t recognize Susie when she approached him on Sundays at church.”

But they were a rich blessing to each other, and they really were as one: “Charles and Susie were of such oneness of mind that they often thought ‘the same thoughts’ and at times both, at the identical moment, spoke ‘the same utterance’.”

Charles especially benefited from this relationship: “Susie was the friend and partner that Charles needed. He counted on her prayers and anticipated that she would gladly hear his sorrows, cheer him with words of encouragement, and steel him for the challenges he faced.”

As a couple they prayed and read Scripture together, and they did this as parents as well when the twins came on the scene. As a result, the boys remained faithful in their walk with God, with Thomas taking the place of Charles as pastor in 1894.

The sharing of affliction was a major part of their lives. One of the worst trials to befall them occurred just months after they married and just weeks before the twins were born. A Sunday evening church gathering at the Surrey Gardens Music Hall with 12,000 people inside and another 10,000 outside was to become an unimaginable tragedy.

Mischief-makers shouted “fire” and chaos ensued. The panic and stampede that followed resulted in seven people being trampled to death and 28 others injured. Charles was the pastor – at just 22 years of age! Worse yet, some people and the media blamed him for the disaster, and it left him depressed and morose for the rest of his life.

Susie called it “the black shadow of sorrow which the Lord saw fit to cast over our young and happy lives.” Indeed, this was just the beginning of sorrows, with so much more to come. But in all their many hardships and trials, they saw the overriding grace of God in it all.

Susie often read to Charles during these dark times. The two shared many tears together. And soon Susie would be struck down with lingering pain herself. In 1868 she became quite ill, and would seldom any longer travel with Charles. She was often a prisoner of her room, and often her own bed.

But she trusted God, believing even that a body wracked with pain came from the good hand of God. And she still ministered to her husband in his sufferings. Says Rhodes, “In the midst of her pain, Susie comforted Charles as he suffered through his own afflictions of depression, gout, and kidney disease.”

The couple shared a love of books and reading. Spurgeon had a library of 12,000 volumes, “of which over half were written by or about the Puritans that he loved so much.” Indeed, two years before their marriage, Charles had given her an illustrated copy of The Pilgrim’s Progress to help her in her spiritual struggles. And one of Susie’s first gifts to Charles was a full set of Calvin’s commentaries.

Books and writing “were front and center of the Spurgeon home. Susie was married to a man who read six substantive volumes each week, who was constantly editing his sermons and penning new works for publication…. Susie mirrored Charles’ book-important attitude.”

Spurgeon loved the Puritans, and Bunyan, and especially that book. He said, “Next to the Bible, the book I value most is John Bunyan’s Pilgrim’s Progress. I believe I have read it through at least a hundred times. It is a volume of which I never seem to tire.”

While Charles penned several hundred books, Susie also wrote. She had written five books of her own, plus her 4-volume biography of Charles. And Susie may best be known for her book fund for struggling pastors. It became her “life work”.

When she got a request for help, she would send a parcel of 7-8 books, including volumes by Charles. She kept this ministry going for 28 years. In 1886 for example she had distributed 9,941 volumes to poor pastors far and wide. It was an incredibly important and fruitful ministry, with so many thanking her for her work.

All up, Susie was responsible for seeing some 200,000 books distributed to some 25,000 ministers, along with many hundreds of thousands of sermons sent around the world. Others kept this work going for another decade. She helped to make the name of Spurgeon known throughout the world.

Susie was a remarkable woman indeed. And her greatest legacy was her love and support of Charles and his ministry. Says Rhodes:

Susie’s marriage to Charles was truly a lifelong romance. Charles could not have met the demands of his ministry, have written so prolifically, and have left such an indelible mark on history without the encouragement of Susie…. It was much easier for Spurgeon to preach, write, and lead in ministry because of the encouragement and cheers of his “precious love.” Susie’s preferential encouragement of Charles was an investment in him but also an investment in the spread of the gospel. It is largely because of her support that Charles is so widely read and benefited from today.

(Australians can buy this at Koorong: www.koorong.com/search/product/susie-the-life-and-legacy-of-susannah-spurgeon/9780802418340.jhtml )

3 Replies to “A Review of Susie: The Life and Legacy of Susannah Spurgeon, Wife of Charles H. Spurgeon. By Ray Rhodes.”