In the book of Revelation Jesus had some strong messages to offer seven churches in Asia Minor. While we may tend to think this was something relevant only for these churches two millennia ago, the ongoing relevance for us today remains.

Contemporary churches would feature all the same strengths and weaknesses of these early churches. Thus what Jesus said must be taken seriously by believers today. Let me run with one of the churches, and the firm rebuke Jesus gave to it. Revelation 2:18-29 contains his message to the Church in Thyatira, and in verses 20-23 we find these sobering words:

But I have this against you, that you tolerate that woman Jezebel, who calls herself a prophetess and is teaching and seducing my servants to practice sexual immorality and to eat food sacrificed to idols. I gave her time to repent, but she refuses to repent of her sexual immorality. Behold, I will throw her onto a sickbed, and those who commit adultery with her I will throw into great tribulation, unless they repent of her works, and I will strike her children dead. And all the churches will know that I am he who searches mind and heart, and I will give to each of you according to your works. 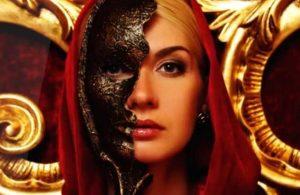 Sexual immorality was the hallmark of their sinful and rebellious condition. In this it is identical to Western culture. But the question is, what should today’s church take out of this message? Can it be said that so much of the contemporary Western church is not dissimilar to the church at Thyatira?

That would seem pretty obvious to me! Our culture is awash in sexual immorality, and our churches seem to be as well. Indeed, just yesterday I wrote a piece on this, dealing with one distraught Christian mother’s concerns about her daughter who is now attending a “progressive” church and is now shacking up with her boyfriend: billmuehlenberg.com/2019/07/25/why-is-fornication-wrong/

Of course the very notion of “progressive Christianity” may well be a tautology, as I have discussed elsewhere, eg: billmuehlenberg.com/2011/01/23/progressive-christianity/

Let me discuss just one such progressive. Last year an article looked at a homosexual minister who fully supports all sorts of sexual immorality. Brandan Robertson is “a 26-year-old rising star among the Religious Left.” He has said this about polyamorous and open relationships: they are “holy” and “beautiful.”

And more recently he said this about premarital sex:

I am pretty open with this question in front of my congregation: I think the evangelical church world that I come from has taught some really unhealthy ideas about sex and sexuality, and I spend a lot of my time trying to deconstruct “purity culture” in favor of a healthier, more holistic view of sexuality. I believe for some people, waiting for marriage before having sex can be a very healthy path. I also believe that for most people, sex before marriage is a healthy expression of the gift of sexuality and is not “sinful” or morally wrong.
juicyecumenism.com/2018/11/29/premarital-sex-healthy-chastity-unreasonable-say-progressive-pastors/

We expect this rubbish from progressive lefties who have ditched Scripture while getting into bed with the spirit of the age. But what is even more of a worry is the number of so-called evangelical Christians who basically think the same way – and live this way as well.

Exact figures may be hard to obtain here, but one suspects that most young people today who claim to be evangelicals may have real problems in this area. Indeed, if a survey conducted a decade ago is anything to go by, we are all in real bad shape. The article begins:

A 2009 study conducted by the National Campaign to Prevent Teen and Unplanned Pregnancy found that a huge majority of young evangelical adults has had premarital sex:

“While the study’s primary report did not explore religion, some additional analysis focusing on sexual activity and religious identification yielded this result: 80 percent of unmarried evangelical young adults (18 to 29) said that they have had sex – slightly less than 88 percent of unmarried adults, according to the teen pregnancy prevention organization.”

80 percent is way higher than I would have guessed. And, to be fair, it’s just one study. A broader sampling would be necessary in order to really get a handle on the data.
www.forbes.com/sites/erikkain/2011/10/01/study-finds-majority-of-young-evangelicals-have-premarital-sex/#6c8e275739d8

Wow – 80 per cent! And that was from ten years ago. One would have to ask if there are any young evangelicals today who are still faithful to God in the area of sexual faithfulness – that is, being abstinent until marriage, and remaining true to your spouse in marriage.

If all this does not sound like what Jesus was condemning the Thyatira church about, I don’t know what does. So much of the church today is little more than a mirror image of the world. The world is awash in sexual immorality, and so much of the church is in the same condition.

The words of Jesus are the only words worth listening to here: unless the church repents, there is no hope. Church leaders, pastors, teachers, preachers, and individual Christians who have climbed into bed with Jezebel need to get out now, and repent.

(By the way, I note that the brand-new book by Michael Brown is entitled Jezebel’s War With America. I plan to get it and may well do a review of it, so stay tuned.)

A good part of the sexual debauchery found in so much of the churches falls under the general heading of worldliness. When we become friends with the world and refuse to live lives of holiness and separation, we end up imbibing and replicating all the sins of the world.

Some of our greatest Christians of recent times have sounded the alarm on worldliness, so let me conclude with a few powerful and urgently-needed quotes from them:

“When the church and the world can jog comfortably along together, you can be sure something is wrong. The world has not compromised – its spirit is exactly the same as it ever was. If Christians were equally as faithful to the Lord, separated from the world, and living so that their lives were a reproof to all ungodliness, the world would hate them as much as it ever did. It is the church that has compromised, not the world.” Catherine Booth

“When the church is absolutely different from the world, she invariably attracts it. It is then that the world is made to listen to her message, though it may hate it at first.” Martyn Lloyd-Jones

“The church and the world have become so intertwined that it is hard to tell one from the other. The world has so affected the church’s moral standards that Christians say they believe in Christ and yet have never bothered to change their moral attitudes and standards at all.” A. W. Tozer

18 Replies to “The Church of Thyatira Is Alive and Well”