These ten new Christian books will certainly make you think – and that’s a good thing!

It is always good to think. If you are a Christian you should know that Jesus commanded us to think. He told us that loving God with our mind and the rest of our being is the greatest commandment. So all believers reading this article should be getting excited right now: another opportunity to more deeply love God!

There are of course plenty of other sorts of books that believers can read, such as Christian fiction, which may edify or just entertain. And many Christian books are more devotional in nature, and are meant to stir your soul, warm your heart, or inspire your faith. 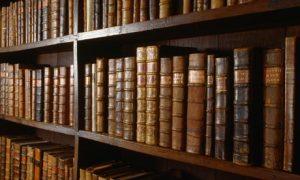 But the books listed here are designed to get you thinking, and most deal with current issues that many non-Christians are thinking and talking about as well. They cover a wide range of topics, from theology to ethics to apologetics. Also they are all very new, with most appearing just this year.

Here then are ten new volumes that will make you think, but more importantly, that will hopefully help you to love God and others even more. I offer them in alphabetical order by author.

There are few greater things for the Christian to study, contemplate, and dwell upon than God and his attributes. Here the American Baptist professor looks at all the key attributes, including divine simplicity, aseity, immutability, eternality, impassibility, omniscience, and so on.

While some of these attributes are being challenged in various ways by some theologians today, Barrett affirms the classical theist understanding of these things. Thus he interacts with the newer positions, but still argues for the more traditional understanding in these areas. A very useful study indeed.

There are now a number of good books penned by Christians on the transgender agenda, most appearing in the past few years. That is because before Bruce Jenner rejected his biological sex, hardly anyone was talking about this. But now everyone is.

Here the American pastor and ethicist looks at various aspects of this debate: the medical and scientific, the biblical and theological, and the pastoral. And he stands strong on the side of both science and Scripture. He says for example, “Gender reassignment surgery does not change someone’s sex. Instead, males and females surgically mutilate their genitals in order to look like those of the opposite sex.” A compassionate yet firm look at this contentious issue.

Speaking about thinking, this book is all about the issue. Anyone following some of the advances in neuroscience and much of the philosophical speculation surrounding it knows that a radical reductionism has been proposed by many: we are simply our brain.

Indeed, some of the more hardcore among them argue that there is no such thing as a real mind, or self, or consciousness, or free will, or personal identity – we are merely physical/material beings lacking any spiritual or supernatural aspects. Dirckx, who has both a scientific and theological background, challenges these claims, looking at the matter from a number of fronts: medical, scientific, philosophical, and theological. A helpful introduction to the issue, and a good reaffirmation of the biblical understanding of anthropology.

In this new volume a leading Reformed theologian looks at the Reformed faith and presuppositionalism. He seeks to draw us back to the earlier Reformers. Newer approaches, such as by Dooyeweerd and Van Til have moved away from that of Calvin and others. As the subtitle says, “Retrieving the Classic Reformed Approach to Defending the Faith.”

Those who followed some of these debates know how complex and detailed the issues can be, whether it is Reformed theology or Reformed apologetics. But Fesko helps us wade through these intellectual jungles, urging us to return to the broader vision of the original Reformers on some of these matters. The book is not for everyone, but those who are so inclined will find much to gain here.

This is the first of two new books on modern technology (see also the Shatzer volume below). Both examine how the various new technologies impinge upon what it is to be human. Of the two books, this volume seems to offer more of a biblical and theological framework in which to assess these new developments.

Both books are not pushing for a Luddite future, but both offer warnings. Both books look at key philosophical ideologies and movements, such as transhumanism. Gay especially wants us to proceed with caution here, as we think carefully and ethically about where we are headed.

The veteran Old Testament professor has written extensively on OT theology, and has written numerous commentaries as well. I guess I quite like him, since this is the 16th book of his that I own. Here he looks at various ethical issues as found in the First Testament.

He examines a number of important topics, such as work and money, marriage and family, war and peace, labour and the Sabbath, individuals and nations, migrants, justice, economics, animals, slavery, violence, honour, compassion and much more. A helpful and easy-to-read discussion.

McCall, Thomas, Against God and Nature: The Doctrine of Sin. Crossway, 2019.

This is the eight volume in the superlative “Foundations of Evangelical Theology” series which first appeared in 1997. They are all very substantial and important volumes looking at key Christian doctrines. Here nearly 450 pages are devoted to the matter of sin.

Most of the complex and curly questions are covered in some detail, be it the doctrine of original sin, the effects of the Fall, the sin nature, regeneration and repentance, the nature of grace, and total depravity. Of course various historical developments and controversies are explored, such as the debate between Augustine and Pelagius. Another detailed and useful volume in this series.

Shatzer, Jacob, Transhumanism and the Image of God. IVP, 2019.

While we all benefit greatly from various new technologies, there are limits. Technical advances without moral and biblical constraints can take us in directions that we really don’t want to go. The transhumanist push is one such area where great care is needed.

The American theology professor looks at a number of things, including robotics, virtual reality, artificial intelligence, and the new medical and biomedical technologies, and assesses these developments in light of what Scripture has to say about what it is to be human, and how all this impacts on human freedom.

I have three earlier volumes by the English philosopher and apologist, The Case for God; C. S. Lewis vs the New Atheists; and A Sceptic’s Guide to Atheism. His new book takes us further along these paths, looking especially at major challenges to Jesus. The subtitle of this volume is, “A Comprehensive Critique of Neo-Atheist Nonsense about the Jesus of History.”

Those of you who have other good books on this topic by folks like Blomberg, Hurtado, Bock, Wallace, Kruger, etc., will find some familiar territory here, but this is still a very good and thorough look at some key topics; the historical Jesus, the reliability of the Gospels, the case for the resurrection of Jesus, and so on. A valuable resource indeed.

Any new book penned by the famous Christian apologist is always worth getting. This one is no exception. The volume is a bit different from some of his previous works however. In it he offers 52 short essays on a wide range of topics impacting both believers and non-believers.

People in both camps have so many unanswered questions, and Zacharias believes that the Bible and the Christian worldview give us the answers we are looking for. So whether we are concerned about the ultimate purpose of life, various ethical matters, the nature of faith, the reasonableness of Christianity, the claims of Christ, how science and religion interact, or what we can expect in the future, he does a great job of simply yet profoundly dealing with some of these major concerns that we all have.

If you like to read, like to think, and like to be able to love God more and share him better to those who do not know him, these ten volumes should be well worth getting. Happy reading!

(Australians will find all of these books at Koorong: www.koorong.com/ )

4 Replies to “10 New Books That Make You Think”