There are various systems or methods in Christian apologetics. Here are some of the main ones.

I realise that I may be writing for a rather limited audience here, but some folks might find this article helpful. It has to do with some of the major types of apologetics systems used by believers as they defend their faith. At the risk of oversimplifying things, three main sorts of apologetics systems have been employed by Christians over the centuries.

Yes there are other systems, and there are variations of systems, but I am going for a simple overview here. Indeed, this of necessity is a rather bare bones outline – an introduction. Entire libraries are filled with books on these matters, so here I am just trying to offer a very brief and sketchy look at some key systems of apologetics.

Apologetics of course is about defending the faith, clearing up misunderstandings about Christianity, dealing with objections, and demonstrating the reasonableness of biblical truth claims. My hundreds of articles on this topic can be found here: billmuehlenberg.com/category/apologetics/ 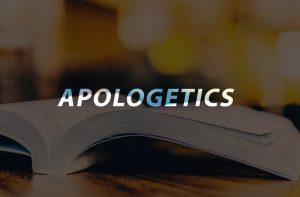 And one bibliography I have put together on this featuring over 90 titles is found here: billmuehlenberg.com/2018/06/18/an-apologetics-reader/

The three main systems of apologetics are these: the classical, the evidentialist, and the presuppositionalist. Most Christians over the centuries have run with the first two systems, while fewer (and mostly those within the Reformed camp) have run with the third.

Many Christians are happy to utilise all the approaches – or parts thereof – and say that we should not be forced to choose just one or the other. That is basically my view. However, some folks in the third camp can be a bit more rigid about this and argue that their system alone is the correct approach, and that the other methodologies are counter-productive or even harmful. But let me look at each in turn.

Classical apologetics. This approach to apologetics brings together natural theology, rational arguments for God’s existence (including the various theistic proofs), and various types of evidence as well. It accepts that non-Christians can be reasoned with regarding the truth-claims of Christianity (this in distinction to what the presuppositionalists believe – but more on that in a moment).

Earlier figures utilising this approach would include such theological heavyweights as Augustine, Anselm, and Aquinas. Some of the more recent classical apologists would include Norman Geisler, R. C. Sproul. William Lane Craig, Richard Swinburne, and J. P. Moreland.

Evidentialism. This system looks at various evidences for the rationality and reliability of the Christian faith. These evidences include things like historical and archaeological confirmations, the reliability and trustworthiness of Scripture, fulfilled prophecy, and the reality of the miraculous, especially the resurrection of Christ.

It may be best known because of people like Josh McDowell. His popular Evidence That Demands a Verdict was first released by Campus Crusade for Christ in 1972, and has gone through many versions and editions. Gary Habermas, John Warwick Montgomery, Clark Pinnock and others have been proponents of this system.

This approach says that we have all sorts of evidence for the existence of God and the rationality of the Christian faith. The very created order that we see everywhere is one such evidence, as Paul speaks about in Romans 1. And we find Jesus and the disciples often making use of evidences. One key example of this is found in Matthew 11:1-6 (see also Luke 7:18-23):

After Jesus had finished instructing his twelve disciples, he went on from there to teach and preach in the towns of Galilee. When John, who was in prison, heard about the deeds of the Messiah, he sent his disciples to ask him, “Are you the one who is to come, or should we expect someone else?” Jesus replied, “Go back and report to John what you hear and see: The blind receive sight, the lame walk, those who have leprosy are cleansed, the deaf hear, the dead are raised, and the good news is proclaimed to the poor. Blessed is anyone who does not stumble on account of me.”

The book of Acts records many instances where the early disciples used evidences, especially highlighting the fulfilled prophecies of Old Testament messianic predictions and the like. And Paul in 1 Corinthians 15:1-8 offers the resurrection in particular as a clear evidence of the truth claims of Christianity. He notes that numerous people actually saw the post-resurrection Jesus with their own eyes.

Some limitations to this system include:
1. None of us can know all facts. There can always be more new evidence that will turn up that possibly refutes our claims. For example, maybe the bones of Jesus will one day be discovered!
2. Many facts are open to different interpretations. Thus non-Christians may interpret the evidence in a different light than Christians do.

Presuppositionalism. This is a system especially associated with the name of Cornelius Van Til (1895-1987), the professor of apologetics at Westminster Theological Seminary. But many others can be mentioned, from somewhat older proponents such as Herman Dooyeweerd and Abraham Kupyer to newer advocates such as Greg Bahnsen, Francis Schaeffer, Gordon Clark and John Frame. It involves a comparison of various worldviews, and asks which presuppositions are the most consistent, coherent, and cohesive.

As mentioned, it is mainly in the Reformed camp that presuppositionalists are found. However, many who are Reformed differ amongst themselves on this, and/or even reject this particular apologetic method. Schaeffer for example often strongly differed with his former professor, Van Til.

Let me offer just three further examples of this. In 1971 a collection of essays edited by E. R. Geehan and dedicated to Van Til were assembled in the book, Jerusalem and Athens (Presbyterian & Reformed). In it various writers offered both praise and criticism of Van Til and presuppositionalism.

And much more recently, a brand-new volume has appeared by another strongly Reformed writer, J. V. Fesko. Entitled Reforming Apologetics (Baker, 2019), it argues that we should go back to the early Reformers. He carefully questions the views of people like Dooyeweerd and Van Til.

Let me spend a bit more time on this method, and some criticisms of it. The issue of epistemology (how we know) is a big part of all this. Just how fallen is the mind? How much does sin impair human reason? Theologians speak about the noetic effects of sin. Some, like Pelagius had said there really is no depravity in man.

The Catholic church tended to say that we are somewhat fallen. And Thomas Aquinas seemed to think that human reason was not greatly affected by the fall at all. But the Reformers, following Augustine, especially promoted the concepts of original sin and total depravity. They taught that all of us – our minds included – are fallen, and by ourselves alone will not find God.

Some, like Van Til, think the fallen human mind can receive no truth at all unless God first renews it. The natural (fallen) man is totally cut off from God and does not seek God, and his thoughts about God are wrong. Biblical revelation must first be accepted as a starting point before any progress can be made in knowing God and getting right with God.

Paul had said that God’s existence and attributes can be “clearly seen” (see Romans 1:18-20), so there is enough information out there to condemn man, but not enough to save a man. Theologians refer to this as natural theology and/or general revelation.

So special revelation (Jesus and Scripture) is needed to reach fallen man. But critics say all this amounts to fideism. This says that faith must first be present in order to believe: “commit yourself first then you will see that what I say is true.”

It is a sort of blind leap. Because there is no common ground with non-believers, all they can do is embrace Christian presuppositions and renounce their own. Another Reformed heavyweight, Karl Barth took this quite far indeed. He argued that God is “wholly other” and cannot be known from our side; only by revelation which comes from God’s side can we be enlightened.

Because of these beliefs, some of the more determined presuppositionalists will reject the validity of the other approaches. Just as many holding strongly to Reformed theology will baulk at the idea that one might be a ‘Calminian’ (taking truths from both Calvinism and Arminianism), so too some Reformed apologists will insist that we cannot take bits of each system: presuppositionalism of necessity means the other approaches are not valid and are futile.

Finally, there appear to be some limitations to this approach:
1. We simply can’t know all the presuppositional systems that are out there in order to judge between them.
2. And even if we could show that all the other systems and worldviews were logically incoherent (e.g. violated the law of non-contradiction, etc), it wouldn’t sufficiently establish the truth of our own system.

There are more types of apologetics systems than the three I featured here. This was just a very brief overview of some of the main apologetics methods. And there are variations within each camp of course. The point was simply to introduce the reader to some of the intellectual terrain.

My bibliography on apologetics linked to above will of course offer much more on all this. In addition to the various volumes I mention in this article, let me highlight just two books from my bibliography that you may also want to run with here:

In sum, I, like many other Christians, believe that the various apologetics approaches can be used at various times and places, either standing alone, or in combination with the others. There is no one “right” method that all Christians must always use, to the exclusion of all others.

Sure, some hard-core presuppositionalists will disagree strongly with that view. But I have offered enough well-known Reformed thinkers who also differ on this approach that it can be said that there is indeed some room to move here, and we need not declare war on Christians who adhere to different approaches.

(Australians will find many of the books mentioned here at Koorong Books.)

8 Replies to “On Apologetics Systems”