Was Jesus punished by the Father, receiving his wrath at Calvary?

In Part 1 one of this article I looked at two answers to the question raised in my title. I looked at one key passage on this, Isaiah 53, and then I looked at a key theological term, propitiation. Here I will offer a third answer to the question, using the image of the Lord’s cup.

The Cup of God’s wrath

One final piece of evidence can be brought into this discussion: an important phrase found often in Scripture can be mentioned. While the image of the cup can be used in a neutral or positive sense in Scripture, it is often used in a negative fashion. 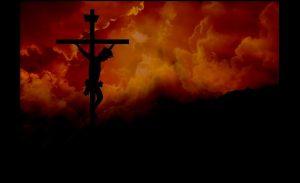 In addition to the verses just offered, consider two other Old Testament passages which make use of the cup imagery:

Psalm 75:8 In the hand of the Lord is a cup
full of foaming wine mixed with spices;
he pours it out, and all the wicked of the earth
drink it down to its very dregs.

But in the context of this article, the most important texts are found in the gospels. For example, in Matthew 20 we read about how Jesus makes yet another prediction of his upcoming death. Then the mother of the sons of Zebedee asks him about letting her sons sit with him in the kingdom. Jesus replied to her, “You don’t know what you are asking. Can you drink the cup I am going to drink?”

He of course did drink of the cup – to its bitter end. He knew he had to do this if a way was to be made to restore lost sinners to the Father. This is the human Jesus wrestling with what awaits him. Given the importance of this passage, let me spend some time on it, and draw in some New Testament scholars to assist us here. Leon Morris for example comments:

The petition is, “let this cup pass away from me.” In the Old Testament the “cup” has associations of suffering and the wrath of God (e.g., Ps. 11:6; Isa. 51:17; Ezek. 23:33), and we should observe the same kind of symbolism here. Jesus’ death meant suffering, and because it was a death for sin, there are associations of the wrath of God connected to it. We are not to think of Jesus facing death with the passionate longing for martyrdom that has characterized fanatics throughout history. The death he faced was a horrible death, and he experienced the natural human shrinking from undergoing such an ordeal. So he prayed that if it were possible it might be avoided.

And Stephen Wellum says this in his 2016 volume, God the Son Incarnate:

Far from opposing God’s will for him, Jesus is expressing the natural fear of death and aversion to pain and suffering that is quite proper for a human facing crucifixion. In this sense, Jesus does not want the “cup”; everything in him shrinks from it. The words used to describe Jesus’ mental state are graphic: “troubled”, “greatly distressed”, and “sorrowful, even to death” (Mark 14:33-34). This is the inner life of a man facing a cruel and horrible death, and this for the sins of his enemies.

Michael Wilkins agrees, and he comments on Jesus asking to have the cup removed:

It is not death itself that evokes this plea from Jesus but the kind of death. Jesus faces the most intense suffering imaginable as he endures not simply death, but a divinely sustained human death, in which he suffers punishment for the sins of humanity. His overwhelming sorrow (26:38) comes from the grievous anticipation of separation from his Father that he will experience in his human consciousness as “God made him who had no sin to be sin for us” (2 Cor. 5:21) Although dreading the prospect of pain and death on the cross, the prospect of separation from the Father is a greater horror and a greater sorrow (Matt. 27:46). But doing the will of the Father is Jesus’ only motivation because he knows that millions of men and women, before and after his triumph over sin at the cross, will be reconciled to the Father through his death.

And as the great English preacher Charles Spurgeon put it:

The whole of the punishment of his people was distilled into one cup; no mortal lip might give it so much as a solitary sip. When he put it to his own lips, it was so bitter, he well nigh spurned it: “Let this cup pass from me.” But his love for his people was so strong, that he took the cup in both his hands, and

“At one tremendous draught of love
He drank damnation dry,”

This is such a vital passage that even more theological and devotional commentary is worth offering here. I like what R. C. Sproul has to say on this passage, and he is worth quoting at length:

Clearly, He was very, very upset and troubled. This was not simply mental anguish. It was grief, a tempest of pain that pierced His soul. However, Jesus did not ask the three disciples to pray with Him. He did not initiate a prayer meeting. No one else could join with Him; that which was before Him was a solo task for which He was the only human being in all of human history who was qualified. He needed to pray alone, to express His inmost struggles to His Father. He had already moved away from the rest of the group, and now He needed to move away from the inner circle, though he seems to have wanted them to stay close to Him. He asked them to stay and to watch.

I am certain that no prayer in human history was uttered with greater intensity, greater agony, greater poignancy, or greater pathos than the prayer Jesus prayed when He went apart from His disciples. Luke tells us that as he prayed, “His sweat became like great drops of blood falling down to the ground” (22:44) The intensity of His prayer was such that the capillaries in His forehead burst. Before the crown of thorns was ever put on His brow, rivulets of blood cascaded down His cheeks as He wrestled with His sorrow over the suffering he faced.

Do you see why I feel a sense of despair in trying to comprehend what was going on here? . . . Multitudes of courageous men and women through history have faced death calmly. But it was not the prospect of death that provoked this sorrow in Jesus’ soul. It was the experience He would have to pass through before death came, when He would be forsaken by His Father….

His hope, if it was possible, was that the Father would “let this cup pass from Me.” He was not referring to the cup of sadness, sorrow, and distress. The image of the cup in biblical terms, in Old Testament terms, has to do with the wrath of God. The cup of God’s judgment on human sin was being set before the Son of God. Jesus was crying: “O Father, is there any other way? I’ll go to the cross. I’ll lay down My life. I’ll pour out My blood. I can handle the cross. I can take the wrath of the Romans. I can take the wrath of the leaders of the Sanhedrin. But do I have to be utterly exposed to Your unmitigated wrath against the sin of Your people?”

But Jesus was not finished. He prayed, “nevertheless, not as I will, but as You will.” He was saying: “Father, with every fiber of My being, I shrink away from that cup. I do not want to drink it. But there is one thing that would be even worse, and that would be to fail to do Your will. If it is Your will that I drink this cup, if there is no other way to do it, then give Me the cup, and I’ll drink it to the last drop.”

For further biblical and theological discussion of the cup, see this earlier article of mine: billmuehlenberg.com/2013/08/06/on-drinking-the-cup/

But I better wrap things up here. The three lines of biblical evidence that I have offered here could be supplemented by other pieces of evidence. But it should be clear by now – to answer the question (or objection) raised by the commentator I began my piece with – that yes, Jesus experienced both the wrath and the punishment of the Father – on our behalf.

To keep this from being just an academic or cerebral exercise, let me mention this: here is one contemporary Christian worship song that I recently came upon which covers much of what has been said here. The song, The Power of the Cross, is well worth listening to: www.youtube.com/watch?v=ubGCISQQ7Zo

And here is the same song with lyrics included: www.youtube.com/watch?v=uS7fc7VTJZs

All glory to God for the work of Christ on the cross.

Part 1 of this article is found here: billmuehlenberg.com/2019/09/10/did-jesus-take-the-fathers-wrath-part-1/

3 Replies to “Did Jesus Take the Father’s Wrath? Part 2”