Was Jesus punished by the Father, receiving his wrath at Calvary?

Some Christians find it problematic, questionable, or even false, to suggest that the Father poured out his wrath on his Son at Calvary, and that the Son accepted – willingly – the wrath of the Father and the punishment that we deserved for our sins.

For example, I recently had someone ask me this: “Where exactly does the Bible say that God punished Jesus, or even that He poured out His wrath on Jesus?” That is easy enough to answer, since this is the plain teaching of Scripture as found in both Testaments. And it is at the heart of how we understand the biblical concept of the atonement. 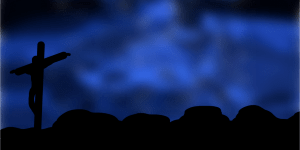 Simply put, Jesus takes the Father’s wrath on himself so that we need not face it. When the Father turned his wrath on Jesus at Golgotha, he made it possible for those who deserved to be punished for their sins to be forgiven and accepted into God’s family. Divine justice was satisfied.

Isaiah 52:13-53:12 is the famous passage on the Suffering Servant, one of the four Servant Songs in Isaiah. Christians understand this suffering servant to be the Messiah, Jesus Christ. Look at what verses 4-6 says about this Servant (I offer two versions of it here):

Isaiah 53:4-6 (NIV) Surely he has borne our griefs
and carried our sorrows;
yet we esteemed him stricken,
smitten by God, and afflicted.
But he was pierced for our transgressions;
he was crushed for our iniquities;
upon him was the chastisement that brought us peace,
and with his wounds we are healed.
All we like sheep have gone astray;
we have turned—every one—to his own way;
and the Lord has laid on him
the iniquity of us all.

Isaiah 53:4-6 (RSV) Surely he has borne our griefs
and carried our sorrows;
yet we esteemed him stricken,
smitten by God, and afflicted.
But he was wounded for our transgressions,
he was bruised for our iniquities;
upon him was the chastisement that made us whole,
and with his stripes we are healed.
All we like sheep have gone astray;
we have turned every one to his own way;
and the Lord has laid on him
the iniquity of us all.

Notice three things especially: he was punished or smitten by God; punishment or chastisement was on him; and the Lord laid on him our iniquity. Here we have the language of substitution, and it is understood to be God’s doing. God did this to the Son.

A few commentators are worth bringing in here on this. Gary Smith says this about Is. 53:5:

The first half of the verse indicates that the reason for this suffering was “because of our rebellion” and “because of our iniquities.” This forthright confession of guilt plainly states that the Servant suffered the consequences for “our” (the Israelite speakers) sinful acts. This act was penal, for it involved a just punishment for rebellious acts. It was also substitutionary because the punishment that should have fallen on the Israelites who sinned were transferred instead to the Servant.

The second half of the verse addresses the consequent benefits that this transfer of punishment brought to “us.” This punishment is specifically described in the last line as “his welts, wounds,” possibly the consequences of being beaten (53:4). . . . This punishment was designed for the purposes of securing our peace, implying that peace was achieved with God because the just punishment he required was suffered by the Servant.

Or as Derek Tidball puts it in The Message of the Cross:

Repugnant though it may be to think in these terms today, the song attributes the affliction of the servant to God. His suffering was not the outworking of some impersonal, inevitable consequence of sin; still less the result of some unfortunate series of mistakes. It was inflicted by God. Verse 10 returns to the theme, putting it in stark, even shocking, terms: Yet it was the Lord’s will to crush him and cause him to suffer. Why should a righteous God engineer such an unjust and horrifying act?

The rest of verse 4 tells us that in being smitten by God, and afflicted, the servant took up our infirmities, and carried our sorrows. The language comes right out of the sacrificial experience of Israel and, in particular, from their practices on the Day of Atonement. Here, as there, the scapegoat victim is loaded down with the misfortunes, sins and failures of the people, and, once atonement has been made through the offering of a substitutionary sacrifice, deals with them by carrying them away into the wilderness, so that they trouble the people no more.

But some caution is needed here so as not to have any misinterpretation of what is being said. In The Cross of Christ John Stott offers a welcome corrective to what some people might be thinking at this point:

We must not, then, speak of God punishing Jesus or of Jesus persuading God, for to do so is to set them over against each other as if they acted independently of one another or were even in conflict with each other. We must never make Christ the object of God’s punishment or God the object of Christ’s persuasion, for both God and Christ were subjects not objects, taking the initiative together to save sinners. Whatever happened on the cross in terms of ‘God-forsakenness’ was voluntarily accepted by both in the same holy love which made atonement necessary. . . . The Father did not lay on the Son an ordeal he was reluctant to bear, nor did the Son extract from the Father a salvation he was reluctant to bestow. There is no suspicion anywhere in the New Testament of discord between the Father and the Son.

But we must not misinterpret Stott here either! He certainly sees the cross as a case of divine punishment and of divine wrath, as he says in this book and elsewhere. The point is, this was a completely chosen outcome, decided on by the members of the Trinity. It does not pit Father against Son but shows their complete unity. And we, who deserved this punishment, are the beneficiaries. This is matchless grace indeed.

This term – which is both fully biblical as well as theologically sound – certainly affirms the case that I am seeking to make here. Let me offer a few quick definitions. Leon Morris says in his important 1983 book The Atonement, “Propitiation means the turning away of anger.” Or as R. C. Sproul put it: “Propitiation means to satisfy the demands of justice. In biblical terms, it means to satisfy the demands of God’s wrath.”

A longer and quite helpful explanation is found in Peter Lewis’ The Glory of the Cross:

The ancient Greek version of the Old Testament, the Septuagint, so widely used before and during New Testament times, translates the Hebrew kipper (‘atonement’) by the Greek word hilasmos (‘propitiation’), usually in the context of averting or turning away God’s wrath. The Septuagint uses the verb hilaskomai (‘to propitiate’) over a hundred times and the noun ‘propitiation’ well over a hundred times more – never in a crude pagan sense, and always with God as the merciful and gracious propitiator who himself provides for the satisfaction of his holy wrath. In this way God is both the object of propitiation and its subject: the sacrifice is given by him before it is given to him; his love provides what his holiness demands.

Consider a few New Testament passages that speak to this truth:

Romans 3:24-26 (NIV) and all are justified freely by his grace through the redemption that came by Christ Jesus. God presented Christ as a sacrifice of atonement, through the shedding of his blood—to be received by faith. He did this to demonstrate his righteousness, because in his forbearance he had left the sins committed beforehand unpunished—he did it to demonstrate his righteousness at the present time, so as to be just and the one who justifies those who have faith in Jesus.

A few more verses. In Hebrews 2:17 we read, “Therefore, He had to be made like His brethren in all things, that He might become a merciful and faithful high priest in things pertaining to God, to make propitiation for the sins of the people.”

These passages, along with others, make it clear that the anger of God was dealt with by what Jesus underwent on our behalf: being punished by the Father so that we can escape our deserved punishment. Commenting on Romans 3:21-26, R. C. Sproul writes:

In New Testament terms, what we are saved from is God. We are saved by God from God, from the wrath that is to come. Propitiation satisfies completely the demands of God’s wrath and justice, which is what the cross was all about. Christ as our substitute took upon Himself the wrath that we deserve, to pay the penalty that was due for our guilt to satisfy the demands of God’s justice. In His work of propitiation, Jesus did something on a vertical level, something with respect to the Father, satisfying the justice of God for us.

But see more detail on this issue of propitiation here: billmuehlenberg.com/2015/09/24/propitiation/

In Part 2 of this article I will examine another key piece of the biblical evidence to this question: the image of the cup of God’s wrath: billmuehlenberg.com/2019/09/10/did-jesus-take-the-fathers-wrath-part-2/

4 Replies to “Did Jesus Take the Father’s Wrath? Part 1”