When you are tempted to give up, think on these things:

I don’t know about you, but being a bit of a melancholic, I can often get discouraged and even be tempted to give up. Not to give up on the Lord of course, but to give up on the ministry I am involved in, thinking that it is not very effective, not doing much good, or not reaching many people. 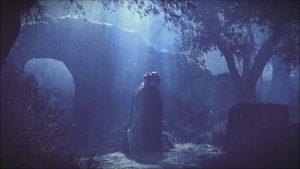 But if God has called you to do a work for him, remaining faithful and persevering is what we must do. Sure, our personality and temperament will have some impact on this. I am the sort of person who can far more readily relate to a weeping prophet like Jeremiah than to some happy-clappy sanguine types.

Indeed, not only do I often see the cup as being half empty, but sometimes I can’t even see the cup at all! But on a more serious note, I know that if I can easily become discouraged, then many others will also experience this. We need to encourage one another therefore to keep at it.

There are various ways we can do this. It seems to me that the main way is to simply keep our eyes on Jesus and consider what he has done on our behalf. He is our greatest example, inspiration and model here. Although given the most horrific job ever to undertake, he did not waver nor turn away, but fulfilled his task.

Jesus Christ persevered, persisted, endured, and went the whole distance. He went all the way to the cross for us. There is no greater love. Just the other day I wrote about what he endured at Calvary for our sakes: billmuehlenberg.com/2019/09/10/did-jesus-take-the-fathers-wrath-part-2/

His time at Gethsemane was especially gruelling and overwhelming. Simply to study what he endured there should give us all hope and encouragement to keep standing strong and not to waver. What he did there for us was so incredible that we can only ask ourselves, ‘How can I do anything less in return?’

In the article I quoted R. C. Sproul on this matter. Part of what I offered there is worth repeating here:

His hope, if it was possible, was that the Father would “let this cup pass from Me.” He was not referring to the cup of sadness, sorrow, and distress. The image of the cup in biblical terms, in Old Testament terms, has to do with the wrath of God. The cup of God’s judgment on human sin was being set before the Son of God. Jesus was crying: “O Father, is there any other way? I’ll go to the cross. I’ll lay down My life. I’ll pour out My blood. I can handle the cross. I can take the wrath of the Romans. I can take the wrath of the leaders of the Sanhedrin. But do I have to be utterly exposed to Your unmitigated wrath against the sin of Your people?”

But Jesus was not finished. He prayed, “nevertheless, not as I will, but as You will.” He was saying: “Father, with every fiber of My being, I shrink away from that cup. I do not want to drink it. But there is one thing that would be even worse, and that would be to fail to do Your will. If it is Your will that I drink this cup, if there is no other way to do it, then give Me the cup, and I’ll drink it to the last drop.”

Given how important all this is, let me bring a few more voices into this discussion. Tom Wright offers these comments on Matthew 26:36-46:

Jesus was like a man in a waking nightmare. He could see, as though it was before his very eyes, the cup. Not the cup he had spoken of, and given them to drink, in the intense and exciting atmosphere of the Last Supper an hour or so before. This was the cup he had mentioned to James and John (20.22-23), the cup the prophets had spoken of. The cup of God’s wrath.

He didn’t want to drink it. He badly didn’t want to. Jesus at this point was no hero-figure, marching boldly towards his oncoming fate. He was no Socrates, drinking the poison and telling his friends to stop crying because he was going to a much better life. He was a man, as we might say, in melt-down mode. He had looked into the darkness and seen the grinning faces of all the demons in the world looking back at him. And he begged and begged his father not to bring him to the point of going through with it. He prayed the prayer he had taught them to pray: Don’t let us be brought into the time of testing, the time of deepest trial! And the answer was No.

While the biblical truth of the Trinity is a mystery, as is the biblical doctrine of the two natures of Christ in one person, that is the context in which we seek to understand Gethsemane and the cross. Yes, Jesus was fully divine, but he was also fully human, and as a man he shrunk away from the thought of what he was to endure at the hand of the father, even though the two were in complete agreement that it must be done.

Douglas Sean O’Donnell offers these comments on this reality:

Here Jesus seems like superman with kryptonite tied around his neck. The mighty man is so weak. Ah, but that’s just it. Jesus is not a superman. He is a man. And the moment we forget the full humanity of Jesus is the moment we Christians embrace the spirit of antichrist. In 1 John 4:2, 3 John says bluntly, “By this you know the spirit of God: every spirit that confesses that Jesus Christ has come in the flesh [a real human] is from God, and every spirit that does not confess Jesus is not from God. This is the spirit of the antichrist”

It is difficult for us to imagine Jesus depressed and weak because we have seen his power and authority. But I fear it is also difficult for us because we undervalue his true and full humanity, to accept that “Jesus’ divinity chose to share humanity completely.” In Gethsemane there is no diluting his humanness. And thank God for that because Jesus’ humanness is essential to our salvation.

And Daniel Doriani says this about Jesus’ time of prayer and agony in the garden:

The image of drinking from an unpleasant cup appears a number of times in the Old Testament. God pours a cup of wine which he portions out to the wicked nations. They drink it down as punishment. As they drink, they stagger and fall. . . . Jesus says he will drink the cup of God’s wrath. This symbol of the cup begins to explain Jesus’ fear: he fears tasting the wrath of God….

Jesus was sinless and perfectly good. His heart detested sin. His eyes were “too pure to look on evil” (Hab. 1:13). In his humanity he never knew sin personally. But on the cross, Jesus bore our sin and punishment and identified with us in our sin. When Jesus drank the cup of wrath, the Father turned away from him. This turning, this temporary separation from the father, was the second thing he feared. So Jesus’ fear of death included the natural human aversion to pain and suffering, but much more.

He goes on to apply this to believers today to help us to remain faithful – to continue standing strong:

We should pause to consider how Jesus stood firm. His resolve began with his anguished prayer in the garden. In the tradition of the psalms of lament, with real conviction and real emotion, Jesus declared his distress, declared that he did not want to endure the cross and the sins of the world. He lamented his role as the righteous sufferer. But he also listened to the Father’s answer. Because he spoke exactly what he thought and felt, he could hear the Father’s answer and embrace it. This fortified him in the maelstrom of subsequent events. The priests plotted, the betrayer sent signals, soldiers wielded weapons, and a disciple slashed a servant’s flesh, but Jesus knew that all was happening according to the Father’s will. Jesus’ pattern can teach us how to stand firm in swirling events.

Yes quite right. In our own strength we are no match for all that we face, be it discouragement, the opposition of men and devils, rejection and enmity, and so on. But God gives strength. And when we recall all that Jesus went through for our sakes, that will help us to stand strong, say no to the doubts and the despair, and to keep pressing on.

That is always what has kept God’s people going, especially in dark times. It is as we contemplate what Jesus experienced at Gethsemane and at Calvary that we draw strength and resolve, and seek to please our Lord just as he always sought to please the Father.

To help us in meditating on what Jesus did for us – and at such a great price – let me close with the famous hymn, O Sacred Head, Now Wounded, attributed to Bernard of Clairvaux in 1153. It goes like this:

O sacred Head, now wounded, with grief and shame weighed down,
Now scornfully surrounded with thorns, Thine only crown;
O sacred Head, what glory, what bliss till now was Thine!
Yet, though despised and gory, I joy to call Thee mine.

What Thou, my Lord, hast suffered, was all for sinners’ gain;
Mine, mine was the transgression, but Thine the deadly pain.
Lo, here I fall, my Savior! ’Tis I deserve Thy place;
Look on me with Thy favor, vouchsafe to me Thy grace.

What language shall I borrow to thank Thee, dearest friend,
For this Thy dying sorrow, Thy pity without end?
O make me Thine forever, and should I fainting be,
Lord, let me never, never outlive my love to Thee.

Be Thou my consolation, my shield when I must die;
Remind me of Thy passion when my last hour draws nigh.
Mine eyes shall then behold Thee, upon Thy cross shall dwell,
My heart by faith enfolds Thee. Who dieth thus dies well.

One video of this that is worth listening to can be found here: www.youtube.com/watch?v=UgkVTtT-0xg

And one other version: www.youtube.com/watch?v=5xjpIfm7hdc

In the light of all this, how can we ever give up?

14 Replies to “Do You Ever Feel Like Giving Up?”