Some Christians exist solely to criticise other believers:

Here is a truth you can count on: dare to say anything in public as a Christian, and you will very likely be attacked and criticised – by other Christians! As night follows day, criticism follows the believer as he shares things in any public forum. 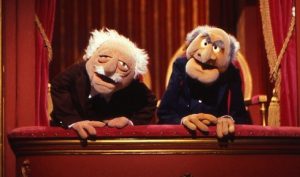 Now some attacks and criticisms might be deserved. If we say wrong, false, foolish or unnecessary things, it is to be expected that criticism – often much-needed criticism – comes our way. But here I am speaking about saying things that are not only basically right and biblically sound, but are said with all good intentions and from a godly motivation.

So why do believers still attack you in those circumstances? They may do so for a variety of reasons:

-Perhaps they are just not too bright or can’t read or think well, and so may misinterpret or misunderstand what you have said.
-Often they are just leaning on the arm of flesh. That is, they are walking in the flesh, not the Spirit, and so cannot spiritually connect with you. While others are being blessed by what you are saying, they are left cold.
-They may be Pharisees who think they are so spiritually superior and who look down on other Christians.
-They may just be argumentative trolls who get their kicks out of attacking and criticising others.
-They may have some legitimate concerns but they are still missing the point or are missing the spirit of what is being said.

Most of these folks you can just ignore. There is no point trying to engage with them. But some of them you can try to talk to, and see if they can be reasoned with. My rule of thumb is this: if a person proves to be an argumentative, fleshly, pharisaical troll who keeps going on and on, there is zero reason to keep dealing with such a person. Let them go so you can do the Lord’s work.

But if you can build a bit of a relationship with some of these folks, and they show a modicum of humility and a teachable spirit, then they can be well worth spending further time with. We need to pray for wisdom and discernment in these areas.

Let me discuss one type of critic that I encounter so often. When I write an article or post a social media piece urging Christians to fully press on with the Lord, to seek holiness, to be salt and light, and to be sold out disciples of Christ, urging us to move beyond lukewarm Christianity, I often will get critics saying that I am being judgmental, that I am attacking the Body of Christ, and that I am being too sweeping in my remarks.

One big problem here is they do not understand the use of rhetorical language, including things like hyperbole. Such language is found throughout Scripture and with all great orators. One uses exaggeration and the like to make an effect and to add rhetorical flourish to their remarks.

Let me offer an example of this from today. The day before I had written a piece on radical Christianity. It included quotes from radical Christian Salvation Army co-founder Catherine Booth. You can see it here: billmuehlenberg.com/2020/03/03/now-thats-the-christianity-im-talking-about/

When I shared this piece on the social media, I got one rather offended Christian reply with a long comment (rant), chewing me out for that quote and the rest of my piece. He actually claimed that I was “Bride-bashing”! I was quite gobsmacked to read his lengthy criticism. I did not reply to him, but this is the sort of response I had in mind:

Um, sadly you have completely missed the spirit of what I was saying, and the point of what I was saying. To have a strong prophetic voice is NOT bride-bashing, but stirring up the Body of Christ to bigger and better things – the same thing Christ, the disciples and all great Christians have done for 2000 years. And when people start attacking me for the same things that they are doing, it always baffles me to be honest. You say it is wrong to chew out parts of the church while you spend a lot of time chewing me out.

I might as well accuse you of prophet-bashing. It is always such a pity when folks completely miss what others are trying to do and to say. By your reasoning, the prophets, Jesus, the apostles, Studd, the Booths, Spurgeon, the Wesleys, Finney, Moody, Wilkerson, Tozer, Ravenhill, Washer and all the great revival preachers were church-bashers because they used strong prophetic and rhetorical language to stir a slumbering church.

And by the way, my statement that got you so bent out of shape happens to be 100 per cent true and is not something to apologise for. Why in the world any Christian would take offence at such biblical truth utterly baffles me. When Paul said believers must put on the full armour of God if they want to stand against the devil, was he bride-bashing? Was he looking down on other Christians? Good grief!

This guy seems to tick all the boxes: he is judgmental, spiritually proud, pharisaic, argumentative, and fleshly. And he also seems to have no clue about what I mentioned above: rhetorical language. I have written about this often before, as in these four pieces:

It seems I might need to routinely post these pieces and remind people about these basic matters. But let me quote a bit from the last linked article:

I might say any number of things which use rhetorical devices of all-inclusion or generalisation:

-we have become slaves to the world
-where are all the men of faith?
-God’s people love the world more than God
-we are nothing like the New Testament church
-we are in great need of repentance
-why are we so far from where Christ wants us to be?

Does that mean I or others believe there are no true believers or churches anywhere? Of course not. We are using deliberately strong language to make a point – and to also include ourselves in such warnings or concerns. We all know (did I just make another all-inclusive claim?) that God is at work in the world and many good things are happening. But we also realise there are many problems.

As we will see in a moment, such rhetoric is a common feature of biblical testimony, especially among the prophets. But often when I use such language, the critics seem to come out of the woodwork. I often will write an article, post something on social media, or say something with a fully biblical rhetorical fashion, only to get attacked for it.

As a simple example, I might make a comment such as this: “the church is in a mess”. It is a generalised or all-inclusive statement designed to have some effect, and challenge the hearers. Thus it is a rhetorical device, but one which is meant to add some punch and stir up my hearers.

It is a very common rhetorical device. So do I mean by that that the entire church everywhere on the planet is only always screwed up? Of course not. There are always exceptions to anything, and many churches are doing a good job, but generally speaking this is a fully correct statement – certainly when describing things in the West….

So these folks are committing two errors in my books: One, they are missing entirely the point of what I am trying to say, and two, they seem to be clueless as to how prophetic utterances and biblical rhetoric work. As but one example, a friendly critic recently said this: “The church is wide. The title should read ‘time for some spring cleaning in one of the church’s cupboards’. I know it wouldn’t be as catchy but it would be truer.”

No, it sure isn’t catchy. Which is exactly why such watered-down and half-hearted statements are rarely used when God is stirring up his spokesmen to get his message out. But these critics, instead of getting the gist of what I am trying to do, and instead of letting God speak to them and spur them on to bigger and better things for Christ, actually get all in a huff. Instead of letting God’s Spirit speak to them about how they can go further on for Christ, they get all defensive and grumpy.

One thing I have learned over the years is this: those who are the most humble and open Christians are those who will always hear God speaking from any quarter. They will always apply the word spoken or prophetic utterance given to themselves first.

But the proud and self righteous will always (there I go again, using generalisations) get upset with you, want to argue with you, and not receive what is being said, or receive the spirit in which something is being given. So we have a double problem here of misunderstanding rhetorical language, and of not being receptive to God’s word.

I encourage you to read that entire article. If more folks were aware of these things, maybe they would criticise a bit less. Sure, the critics will always find something that they will pick a fight over. No matter what you say and how you say it, there will always be some self-appointed Christian critics who will find fault. But having an understanding of rhetorical speech and how it is used can perhaps help save a few fights at least.

14 Replies to “The Never-Ending Stream of Critics and Criticism”