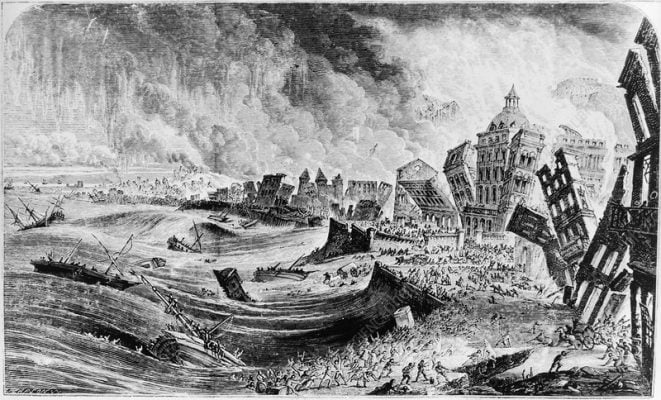 ^BLisbon earthquake.^b Engraving of the earthquake which struck Lisbon, Portugal, on the 1st of November 1755 and the effect of the tremors on the sea. To the left are large waves which are tossing ships about, to the right are collapsing buildings and outbreaks of fire. Earthquakes are caused when sections of the earth move against each other to relieve stress. At the time there was no scientific explanation for earthquakes and they were thought to be the result of divine intervention. Besides the damage caused by the tremors themselves, large parts of the city were destroyed by fire and a tidal wave.