There are right and wrong ways to deal with controversy and error:

This may not be a really difficult passage as such, but it can cause some confusion or questions as to how we apply it. It seems to offer somewhat conflicting advice, when in fact it simply offers differing but related instructions to similar sorts of issues. The passage says this:

Don’t have anything to do with foolish and stupid arguments, because you know they produce quarrels. And the Lord’s servant must not be quarrelsome but must be kind to everyone, able to teach, not resentful. Opponents must be gently instructed, in the hope that God will grant them repentance leading them to a knowledge of the truth, and that they will come to their senses and escape from the trap of the devil, who has taken them captive to do his will. 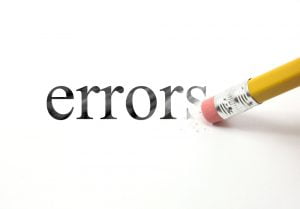 Verse 23 speaks of not getting into arguments; verse 24 urges us not to quarrel; then verses 25-26 urge us to correct others. A superficial reading of this text of Paul to Timothy may seem to present discordant instructions, but not really. What does seem hard to reconcile is the famous pair of verses found in Proverbs 26:4-5:

Now that does seem to be contradictory! But even there, it is not as such. See my earlier piece offering a resolution on this here: billmuehlenberg.com/2018/12/27/difficult-bible-passages-proverbs-264-5/

Here we have differing aspects to the issue of how best to respond to disagreements, arguments and error. The various responses form a coherent whole. Yes, those who just like to argue and who get their kicks out of picking all sorts of intellectual or theological fights are to be avoided. There is no need to go down that path with these folks.

And it is also true that the man of God must not be quarrelsome. But that is NOT to say we should avoid all controversial matters, or wink at obvious false teaching. The final two verses make this clear: we ARE to take head on those who oppose the gospel message and seek to distort it. Those sorts of fights we are not to run away from.

Paul makes this clear in places like 1 Timothy 4:16 where we find these words: “Watch your life and doctrine closely. Persevere in them, because if you do, you will save both yourself and your hearers.” So it is never a matter of choosing one over the other, but of affirming both simultaneously.

It is about getting the biblical balance right, in other words. Refusing to be drawn into wasteful and useless arguments does NOT mean we just allow false teaching to run riot. We can stand up for biblical truth while also not getting involved with those who just like to debate stuff and argue all day.

Let me offer some commentary from others on these matters. Robert Yarbrough says this:

Admittedly there is a tension in this matter. At the same time Timothy should stay out of certain kinds of conflicts in some and perhaps most situations, he should “fight the good fight of faith” (1 Tim 6:12), publicly rebuke elders who are sinning (1 Tim 5:20), guard the good deposit (2 Tim 1:14), suffer like a military combatant (2 Tim 2:3), and perform other proactive if not aggressive functions. No pastor can or should always avoid disputes; to do so is to ensure that wolves take over the flock (see Acts 20:28-30). The Gospels support an interpretation of Jesus as a sinless man, but they are at the same time a study of conflicts he engaged in. The key in 2 Tim 2:23 may be “foolish and stupid.” Some arguments are of the no-win variety. It takes pastoral wisdom steered by divine guidance, whether through Scripture or Spirit or human advisors, to recognize them when they arise and to act (or not) accordingly.

The ever wise and theologically astute Gordon Fee said this about this text: “Not to quarrel does not mean that he must thereby let error go on its way. To the contrary. However, in standing against error he must exhibit a different disposition. He must be kind to everyone—even to his opponents. The point is attitudinal and reflects the very difficult stance of Ephesians 4:15 (‘speaking the truth in love’).”

As to verse 26 Fee comments:

The emphasis in this sentence has been clearly redemptive. Paul wants Timothy to model a kind of teaching that will not simply refute error (Titus 1:9; 2:15) and save his hearers (1 Tim. 4:16) but that will also be used by God to rescue those who have already been entangled in the false teaching. However, Paul is also a sober realist, and the mention of those “captured alive” by Satan to do his will launches him into a final indictment of the false teachers themselves (3:1-9).

Another great Christian leader who is always reliable in his remarks is John Stott. He writes:

We cannot conclude that this is a prohibition of all controversy. For when the truth of the gospel was at stake Paul himself had been an ardent controversialist, even to the extent of opposing the apostle Peter to his face in public (Gal. 2:11–14). Besides, in these very Pastoral Epistles he is urging Timothy and Titus to guard the sacred deposit of the truth and contend for it. Every Christian must in some sense ‘fight the good fight of the faith’ (1 Tim. 6:12; 2 Tim. 4:7), seeking to defend and preserve it. What is forbidden us is controversies which in themselves are ‘stupid and senseless’ and in their effect ‘breed quarrels’. . . . If only the church had heeded this warning! The combination of unbiblical speculations and uncharitable polemics has done great damage to the cause of Christ.

“The Lord’s servant,” says Stott, “adorns his Christian teaching with a Christian character.” That is always crucial. We all know of some Christian leaders who are always arguing and going after others theologically, yet seem to have no Christian love and grace.

And we also know of those who seem to be really nice and gentle leaders, but they never oppose clear error and never speak out for biblical truth when they need to. In their brand-new expository commentary on 2 Timothy and Titus, Daniel Doriani and Richard Phillips offer us five traits of effective engagement with error:

First, good leaders are God’s servants. They defend biblical truth, not their own opinions. Second, their demeanor is “kind” or gentle. The gentleness that Jesus modelled with Thomas and Peter is the standard (John 20:24-29; 21:1-19). Third, leaders are “able to teach” (cf. 1 Tim. 3:2). They deliver the truth with clarity and conviction. Fourth, when they “patiently endur[e] evil,” that are able to put up with it if necessary. Above all, godly shepherds will “correct [their] opponents with gentleness” (2 Tim. 2:25). They may ignore lesser errors so that they can address core issues. They wait and speak calmly, without haste or anger, so that others can listen.

Their closing words in this chapter are something all of us can take to heart: “The goal is not to win arguments but to tell the truth so that people repent. This edifies God’s family, which is wounded by both heresy and wrangling. May the Lord therefore grant us insight to know when to ignore petty disputes and when to correct damaging errors. And may he grant that good doctrine drive out bad, even as the beauty of peaceful, loving leaders silences contentious men.”