Responding to a foolish objection:

How often have you heard some Christian tell you that we should avoid political involvement because Jesus was not involved? This is a really foolish thing to say, but we hear it quite often – even from those who should know better. With more important elections coming up in various places in the near future, it is time to lay this furphy to rest.

And perhaps the easiest way to rebut this nonsense is to simply apply this “reasoning” to other areas of life. All we need to do is show the logical outcome of such unhelpful thinking. Consider the following: 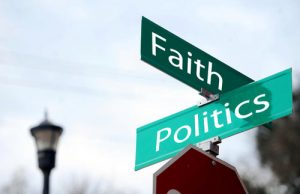 I think you get the drift by now. There are a kazillion things that Jesus did not do. And the reason he did not do so many perfectly valid and acceptable things was because he was a man on a mission. He was born to die. He was on an absolutely unique and one-time only mission.

As such, he would not let anything or anyone side-track him from what he came to earth to do. Thus he had to even strongly rebuke Peter when he sought to dissuade Jesus from carrying out his heavenly commission. Recall the scene in Matthew 16:21-23:

From that time Jesus began to show his disciples that he must go to Jerusalem and suffer many things from the elders and chief priests and scribes, and be killed, and on the third day be raised. And Peter took him aside and began to rebuke him, saying, “Far be it from you, Lord! This shall never happen to you.” But he turned and said to Peter, “Get behind me, Satan! You are a hindrance to me. For you are not setting your mind on the things of God, but on the things of man.”

It was Satan who wanted Jesus to get derailed from his divine mission of dying for sinners on the cross so that he might provide salvation to the fallen human race. As such, he often did not do things that were quite good in themselves. He had to fulfill his messianic role – that was his number one goal.

And these critics who say we should not get into politics need to remember something: they are NOT Jesus. They are NOT on a divine mission like he was. They are Not here to die on a cross for the sins of others. They are instead to be ambassadors for Christ in any number of legitimate ways.

Getting involved in politics is just one of these ways. God has led countless people over the centuries to get involved in politics, in parliaments, in government, and so on. They followed the divine leading and sought to be salt and light in that important arena. Not everyone is so involved, but some clearly are.

In the same way some believers are called to be fully involved in education, or health care, or the arts, or the media, or law, or in any number of other spheres. God wants his people to be making an impact in all areas of life. Some Christians he may call into so-called full-time Christian work such as the pastorate or missions.

But all work, all vocations, all activity, done out of obedience to God’s calling, and done for his glory, are really examples of full-time Christian work. In that sense, none are better than others. None are more “spiritual” than others. As the Apostle Paul put it, “whatever you do, do all to the glory of God” (1 Corinthians 10:31).

Plenty more could be said about this matter. For example, the simple fact that Jesus was willing to speak truth to power, to challenge the political structures and leaders of his day, shows that he actually WAS involved in politics. But I have penned numerous pieces making the case for Christian political and social involvement. Here are some of them:

Let me offer one quote from a 1991 book that looks at 15 biblical misconceptions that prevent believers from making a difference in the surrounding culture:

The Bible never condemns political involvement. John the Baptist does not rebuke Herod for his political position, but for his sinful actions as a ruler (Matthew 14:4; Mark 6:18), and neither does he tell the soldiers to resign their positions. He only exhorts them to act ethically; that is, keep politics clean (Luke 3:14). Jesus does not quarrel with Pontius Pilate over whether he should rule; He only reminds him why he rules and, implicitly, by what standard he ought to rule (John 19:11). Again, clean politics is the emphasis. Paul calls rulers God’s ministers, servants in the political sphere (Romans 13:4). These rulers are to promote the good. Paul appeals to Caesar, the seat of Roman political power, to gain a hearing for the cause of the gospel (Acts 25:11). Why turn to the civil magistrate for civil protection if the civil government (politics) is inherently evil? How could Paul ask support for the purity of the gospel from something that was inherently “dirty”?

I was tempted to conclude my piece with the above quote. But let me go a bit further and show the importance of what I have been talking about. Let me demonstrate what is at stake if Christians pull out of political involvement, including who they vote for.

A brand-new article by Catholic commentator William Kilpatrick is worth drawing your attention to. Entitled “America’s Last Chance?,” he reminds us of just how important the upcoming US presidential election is. Here are his concluding paragraphs:

In recent years, we have also witnessed two other large-scale coups—the takeover of the mainstream media by people who reject the American heritage, and the takeover of social media by a collection of “woke” billionaire technocrats who look upon freedom of speech as an outmoded relic of the past. However, the biggest coup of all, thus far, is the takeover of the Democratic Party by the revolutionary left. Should the Democrats win the election, the 245-year-old American experiment in liberty will come to an end—perhaps gradually at first, but then with increasing speed.

When the full force of the new revolutionary order is felt, people won’t know what hit them. They won’t know because they don’t have the historical context to understand that the taking away of liberties is what revolutionary leftists always do. Younger Americans will know everything about the danger of climate change and the virtue of wearing a mask, but they will have learned precious little about the Soviet gulags, the Chinese communist re-education camps, and the imprisonment and torture of dissidents in communist Cuba.

There is no guarantee that the American system of government and the American way of life will survive. We cannot, as columnist Tony Blankely observed 15 years ago, “assume that the benign trends of the recent past will continue.” Instead, he cautioned, “we need to think in terms of when current trends will stop—and what will follow them.”

Of course, we should not think of the American experiment with self-government as a trend.  Rather, it is one of history’s most splendid achievements—a priceless gift to succeeding generations. We must be prepared, however, for the possibility that it can come to an end, or rather, be put to an end.  And we must, as Blankely warned, think about what will follow.  We may have to start thinking about that future in as little as two weeks. turningpointproject.com/americas-last-chance/

8 Replies to “‘But Jesus Wasn’t Involved in Politics’”