Arrogant and evil rulers will always be judged:

God does not change. So what we find God to be like and to be doing in the Old Testament we also find in the New. Sure, Christians believe in progressive revelation, the idea that God did not fully reveal himself from day one, but instead he did so over time. 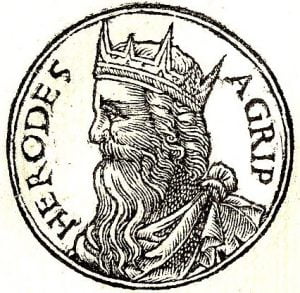 Or as Alec Motyer has put it, “Progressive revelation is a movement from truth to more truth and so to full truth.” Here I want to discuss how God has dealt with rulers and the nations. We find plenty of this in the OT of course. And the principles found there continue into the NT.

There are some changes however. In the OT God had one special nation that he called and worked with to bless other nations: Israel. In the NT people from all nations and tribes and tongues and ethnic groups comprise the one people of God: the Body of Christ.

So we get a bit less discussion about particular nations, rulers and governments. But it is still there. Here I want to look at the matter of arrogant and wicked rulers who are no match for the living God. In Daniel 4 for example we read about how God brought Nebuchadnezzar down for not giving God the glory. See my write-up here: billmuehlenberg.com/2020/08/27/this-is-what-happens-to-tyrants-who-think-they-are-gods/

Now I want to discuss another such ruler – one from the NT. I refer to the political ruler of Judea during the time of the disciples: Herod Agrippa. We read about him in Acts 12. The first five verses say this about him:

About that time Herod the king laid violent hands on some who belonged to the church. He killed James the brother of John with the sword, and when he saw that it pleased the Jews, he proceeded to arrest Peter also. This was during the days of Unleavened Bread. And when he had seized him, he put him in prison, delivering him over to four squads of soldiers to guard him, intending after the Passover to bring him out to the people. So Peter was kept in prison, but earnest prayer for him was made to God by the church.

Now Herod was angry with the people of Tyre and Sidon, and they came to him with one accord, and having persuaded Blastus, the king’s chamberlain, they asked for peace, because their country depended on the king’s country for food. On an appointed day Herod put on his royal robes, took his seat upon the throne, and delivered an oration to them. And the people were shouting, “The voice of a god, and not of a man!” Immediately an angel of the Lord struck him down, because he did not give God the glory, and he was eaten by worms and breathed his last.

Many people are especially struck by the reference to worms, and may miss the bigger theological picture. God struck him down because he did not give glory to God. More on that in a moment, but it should be pointed out that the Jewish historian Josephus also gives a similar account of his death, although with more detail.

And it should be noted that in between the two portions of Acts 12 that I have shared there is the story of Peter’s miraculous deliverance from prison (verses 6-19). So we have here God’s mercy on Peter and his judgment on Herod. Let me speak to these matters a bit more.

Recall that while Herod was an evil ruler, he was a Jewish ruler. So this was even more serious when he took the glory that was due to God alone. Peter had known this when he rejected the worship of Cornelius (Acts 10:23-26). And Paul and Barnabas would later also refuse worship by others (Acts 14:11-15).

John Pohill comments on the contrasts found in Acts 12: “Once again we see a motif already familiar in Acts. There is both mercy and judgment with the Lord. The Spirit blessed the faithful Christians with miraculous works and great growth (5:12–16). The same Spirit brought judgment to Ananias and Sapphira (5:1–11). The Lord’s angel delivered Peter from mortal danger (12:6–17). The Lord’s angel struck Agrippa dead for all his arrogance (12:20–23).”

Three practical lessons for contemporary believers can be mentioned. One. God does not always intervene so rapidly and radically as he did with Herod. As Eckhard Schnabel comments:

Agrippa died after only three or four years on the throne, punished by God on account of his acceptance of divine acclamation, and – in the context of Acts 12 – on account of his persecution of the church. Not all political leaders who persecute the church, and not all individuals who belong to a mob burning churches and killing Christians, die instantly or suffer horrible deaths. But all of God’s enemies will face God’s judgment. It is certainly true that from Luke’s account “many an early Christian will have drawn comfort and strength in the face of political pressure and persecution.” Believers in Jesus knew that they would participate in God’s judgment of the world (1 Cor 6:2), a fact that helped them to stand with courage before God’s enemies.

Two, and related to this, we must not forget that God is still on the throne, and his just judgment is sure. David Peterson puts it this way:

Luke’s intention in this section is to link Herod’s end with his arrogance towards God and his fellow human beings. Herod’s treatment of James and Peter (12:1-5) is an earlier expression of that same attitude and behaviour. Divine retribution does not come upon him until he finally manifests his idolatrous self-glorification in a very public way (12:21-3). Meanwhile, God has shown that he is still sovereign over those who conspire against him and his people (12:6-19; cf. 4:25-31; 9:1-19). In various ways throughout Acts, readers are assured that God will judge those who oppose his work (cf. 1:15-20) or provoke him to anger by self-promoting deceit and idolatry (cf. 5:1-11; 8:18-24; 13:8-11; 17:30-31; 24:25), either in this life or the next.

Three, we all need to remember to always give glory to God, and be very careful about our own pride and desire for adulation and glory. James Montgomery Boice puts it this way:

Most of us will never be in a position to take such glory to ourselves, and I trust that no such judgment is ever going to come upon us. Nevertheless, we do have a tendency to take praise to ourselves when it should go to God. People will say “Aren’t you wonderful!” When that happens there is always a tendency to smile in a half-prideful, half-humble way, thinking, Well, yes I am; thank you for noticing it.

We are on dangerous ground when we do this. What we must learn to do is to give glory to God. We have no talents that God has not given. We have achieved no success that God has not made possible. We can do no good of which God is not the source. We need to acknowledge that source, as the Bible teaches we should.

As always, John Stott offers some wise words which are worth using to conclude this piece with:

Here then were two communities, the world and the church, arrayed against one another, each wielding an appropriate weapon. On the one side was the authority of Herod, the power of the sword and the security of the prison. On the other side, the church turned to prayer, which is the only power which the powerless possess….

The chapter opens with James dead, Peter in prison and Herod triumphing; it closes with Herod dead, Peter free, and the word of God triumphing. Such is the power of God to overthrow hostile human plans and establish his own in their place. Tyrants may be permitted for a time to boast and bluster, oppressing the church and hindering the spread of the gospel, but they will not last. In the end, their empire will be broken and their pride abased.

One Reply to “God, Glory, and Ungodly Rulers”