Further thoughts – political and spiritual – on the current stalemate in the US:

Those who know me and this site will know that above all else I am a Christian – a Christ follower. But I am also, and secondarily, a conservative – politically, socially, and culturally. So my Christian beliefs and convictions are first and foremost in my life, followed by my various social and political views. 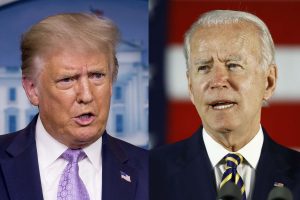 People should also know – as I have often said – that while everything is political, politics is not everything. That is, all aspects of life – including religion – will be impacted to some extent by politics. But politics is not the main game in town, and most of our problems are ultimately more than political in nature. At bottom they are spiritual, moral and cultural – and roughly in that order.

So politics will not save us, nor will any political leader save us. Only Jesus saves. But still, God created civil government and the political realm, so we must engage in that sphere as best we can, seeking to be salt and light there as everywhere else.

With all this as a backdrop, let me offer a few more thoughts on the US elections which are still at a standstill. As mentioned in my earlier pieces, it might be weeks yet before we do get final and more certain counts, with various court cases needing to be attended to.

A good amount of the holdup concerns alleged voting irregularities and possible fraud – perhaps even widespread fraud. Various things can be said about this. It is one thing if the American people did legitimately vote in Biden and Harris, and vote out Trump and Pence. It is quite another thing if it happens in part with the help of fraud and corruption.

At the moment three major lawsuits have been filed by Trump targeting Georgia, Michigan and Pennsylvania. They are not about stopping the counting of votes as such. They are about halting any illegal votes being counted. That is the real matter at hand here.

Another thing to be said is that the Democrats have spent the past four years challenging the 2016 election results. They STILL do not accept it. So it is a bit rich of them to claim that Republicans are now somehow warring against the Democratic process by asking legitimate questions about possible voting fraud and the like.

Some folks think that the election is basically decided with no real questions or concerns, so we should just hand it all over to Biden and just get on with life. Or at best they say that in a democracy we must just go along with the election results and not seek to make a big stink about whatever the outcome is.

I had one friend say some things along those lines, so the following paragraphs provide the gist of what I said in response to him:

That some bits of fraud in elections have always been there is not in doubt – but that is not really the issue here. What is the issue is the possibility of deeper, more widespread corruption, voter fraud, ballot harvesting, and so on. If so, then to just say we should accept democratic elections and that is the end of the matter is not going to get us very far.

When half the voting population suspects there may have been genuine and systemic fraud going on, it does no good to effectively say, ‘just suck it up and better luck next time’. A democracy will NOT hold if large portions of the population believe some real and wide-ranging fraud has been occurring. Nor should the populace just sit back and pretend it does not really matter.

At the very least, proper and thorough investigations into alleged fraud must take place before anyone is declared to be the winner, and longer-term reform projects are needed to clean up a voting system that has long been rather dysfunctional.

I concluded that comment with a short quote from an important article by Douglas Wilson. That brand-new piece is also worth quoting from here. It is entitled, “The Authority of a Fraudulent Election.” He starts it this way:

I will begin by saying that there is a sharp difference between saying “not my president,” on the one hand, and “not our president” on the other. It is very easy for individualistic Americans to sport a bumper sticker that says, “Don’t Blame Me. I Voted for the Other Guy.” That is not how a democratic republic makes decisions. We have an established constitutional mechanism that determines how we as a nation decide to go this way or that. And when 40% of the people don’t want to go in a particular direction, they wind up going in that direction anyway. If five people in the family want to eat at Panda Express, and one guy is holding out for Chili’s, almond chicken it is.

And so it is not possible for one man to “opt out” because of his deep-seated disagreements. He voted no, and voted with intensity, and that doesn’t matter. And neither is it possible for one state to “just say no.” When Nixon swept 49 states over McGovern in 1972, a bumper sticker appeared later which said, “Don’t Blame Me. I’m From Massachusetts.” But Nixon was still president in Massachusetts as much as he was in Alabama.

Now when the disagreements get to a certain level of inflammation, they cease being mere disagreements and become occasions for war. At least that is what South Carolina thought. They had more than just a mere “disagreement” with Lincoln.

That is why we ought to abide by the results of elections that we don’t like. That is what conservative Americans did, for example, when Bill Clinton was elected, and when Obama was. You don’t like it, not even a little bit, but the country made that decision.

But what do you do when an election is fraudulent, and manifestly so?

The first thing to do is recognize that it is a real possibility. America is not made out of stainless steel. We are susceptible to electoral corruptions, but we are actually well past that point. We have always had cheating in elections. As long as this world is governed by fallen human beings, which it will be until the Lord returns, there will be people who seek to game the system. But their evil deeds will be done at night, and in a culture that still has integrity, we all do whatever we can to suppress voter fraud.

But corruption in policy cannot be isolated and kept there. In other words, at some point corrupt policies will metastasize and will get into all the processes as well. A political party that stands foursquare behind the dismemberment of unborn children is not going to flinch when it comes to the dismemberment of your right to cast your vote in a process with real integrity. And when it gets there, the corruption will be out in the open.

He looks at some of the worrying signs of fraud and corruption, and then reminds us that

since the time Donald Trump was first elected in 2016, the country has been dragged through one long, sustained, slow-motion coup attempt. It began with the Russian collusion story, coupled with the domestic spying on a campaign by our intelligence agencies, and it culminated in the impeachment circus maximus. This was entirely the result of refusing to accept the results of that election. They didn’t accept that one, so why would they accept this one?

We must not do anything on the basis of mere allegations of voter fraud. But we already have enough evidence for the public to draw up an informal indictment in their heads, and to demand that officials from the Justice Department accompany observers from both campaigns to various rooms — in Nevada, Arizona, Michigan, Pennsylvania, Georgia, North Carolina, and probably a few others — where everybody watches all the votes being counted and counted fairly.

Unless that happens, we will be in the unfortunate position of rank and file Americans having to say, “not our president.” Not because the election didn’t go our way. Not because our guy didn’t win. Not because we didn’t vote for Biden, but rather because a number of rather ghostly and ethereal personages did.

We have to be able to take the results to the bank, and we need to accept those true results, regardless of the outcome. But as things now stand, if a corrupted system declares for Biden, an awful lot of us will be constrained to say, “not our president.” dougwils.com/books-and-culture/s7-engaging-the-culture/the-authority-of-a-fraudulent-election.html

I finish the way I began. Ultimately what really matters is Jesus Christ and his rightful rule and reign. All other rulers are secondary, temporary and unable to provide any sort of ultimate help, let alone salvation. As such, Trump is not the Messiah, and neither is Biden Satan. But still, good governance is a good thing, and bad governance is not. Righteousness does exalt a nation, as Scripture tells us.

And in my books a Trump win would be far better for America and the world than a Biden win. But whatever the outcome of the election – hopefully after proper investigations are conducted to look at the many allegations being made – believers can live with it.

If Christians can live in hostile nations where persecution is rife, they can live in a Democrat-controlled America – although persecution will undoubtedly increase under a Biden administration. Whoever sits in the White House, Jesus is still Lord. He is still on the throne.

That is the bottom line for all true Christians. With or without Trump in Washington for the next four years, the church of Christ WILL prevail, the Kingdom WILL advance, and Christ WILL be victorious. We always need to keep this in mind.

For more such thoughts on all this that I have found to be quite helpful, this 35-minute video by Michael Brown is well worth watching and sharing: www.facebook.com/AskDrBrown/videos/660431998196214

And those who prefer reading to listening will find this article by Brown to be similar and also quite helpful:  stream.org/god-the-elections-and-4-d-chess/

19 Replies to “More Reflections on the 2020 Elections”