As to the US elections, we desperately need God’s perspective on what is happening:

Politics is important. But the biblical Christian knows that God is more important. He knows a number of related truths as well: God is sovereign; God is in control; God knows the end from the beginning; and God sees the big picture. 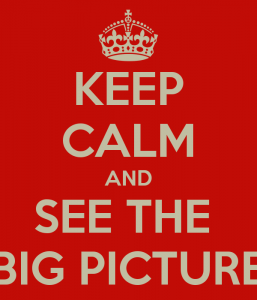 Christians however do not have the big picture. Sure, we have lots of vital perspective on all sorts of things because God has revealed himself to us. We have 66 books in the one Bible to tell us heaps about what is happening, including in the political arena.

But we do not have specific and detailed revelation on everything, be it the pros and cons of human cloning, the best use of the internet, or which political candidate is God’s preferred option. Yes, we have plenty of biblical principles with which to assess and weigh up these and a million other matters. But we do not always have exact and certain guidance on all things.

We could use that right now with the current stalemate in the US elections. Wouldn’t we all like to know EXACTLY what God has on his mind concerning this, including who will end up getting into the White House? Obviously the outcome of the election is hugely important, and we all will be impacted by it in one way or another.

As such, I of course have already written numerous pieces on it. My latest was actually posted just hours ago: at 3am. Like this piece, it looks at both political and spiritual aspects of this election: billmuehlenberg.com/2020/11/07/more-reflections-on-the-2020-elections/

Here I want to continue those themes, spurred along by what I just read in my daily reading. Romans 9-11 is a very key passage of Scripture, as well as one that is the subject of much discussion and debate. As such, I better again say at the outset that those whose theological toes are so easily stepped on should look away now.

I do tire of those who keep coming here on a passionate mission to “correct” me every time I dare to offer a differing theological take on things. That especially bothers me when it derails the discussion at hand, and misses the bigger points I am trying to make. End of warning!

But Romans 11 is certainly an incredible chapter, looking at the fate of the Jews and God’s sovereign purposes. It seems we can get some parallel lessons here with what is now happening in America. Just as many Christians today are asking God what is going on with Trump in particular and America in general, and whether he might be rejecting them, so too many Jews back then were asking God what was happening to Israel.

Thus Paul spends 36 theologically rich verses in this chapter explaining what is happening. No, God has not fully and finally rejected Israel, but for the time being, he is doing an amazing work among the Gentiles. I cannot offer lengthy commentary here, but a few things can be highlighted.

Romans 9-11 is one of those texts that certain believers will get upset about, because they deal with the ‘E’ and ‘P’ words – election and predestination. Again, those biblical realities will not here be argued for, nor debated. I simply accept the biblical text for what it says, as I continue to seek further clarity and understanding.

Verse 25 says this: “Lest you be wise in your own sight, I do not want you to be unaware of this mystery, brothers: a partial hardening has come upon Israel, until the fullness of the Gentiles has come in.” And the ‘E’ word crops up in various places, including v. 28: “As regards the gospel, they are enemies for your sake. But as regards election, they are beloved for the sake of their forefathers.”

As if those two texts were not enough, we get others, such as v. 7: “What then? Israel failed to obtain what it was seeking. The elect obtained it, but the rest were hardened.” And in v. 8 Paul quotes from Deuteronomy 29:4 and Isaiah 29:10:

These and other verses make it clear that God is sovereign, that he does choose whom he wants, and he does have a plan and purpose he is working to. And it is not just a matter of Israel’s unbelief, but also – however we understand it – that God did the hardening.

The point is not to go into the hardcore theological issues that arise here, but to stay with the flow of Paul’s thought, the outcome of which is that Israel still has a place in God’s plans, and he is not done with them yet. That is why he can say in v. 33: “Oh, the depth of the riches and wisdom and knowledge of God! How unsearchable are his judgments and how inscrutable his ways!”

Things may have looked pretty dark for Israel 2000 years ago, but God was still in control and he was still working out his objectives. So too here with Trump. If you are a conservative as well as a Christian, you are likely quite bummed out right now, and quite worried with what is happening. It seems like Trump’s victory is eluding him.

How much of this is due to deep and systemic fraud and corruption remains to be seen. It is hoped that the courts will get to the bottom of it all. But with or without widespread fraud, it may well be the case that Biden gets in. If so, it is not as if God has to move to Plan B. He has always only been on Plan A.

While we may not have any idea what is going on and how this might all turn out for the good, God does. He is still at work, still achieving his desired outcomes. Whether that means Trump is or is not President for the next four years does not alter the fact that God is not losing any sleep over all this – and neither should we.

A new piece by Michael Brown offers similar thoughts. He uses the imagery of a chess game, and God moving the pieces around the board as he so chooses. He concludes with these words:

I personally hope that the seemingly impossible happens, that Trump is proven to be the rightfully reelected president, and that the prophecies about him prove true. But what if a Biden-Harris presidency was needed to reveal the dangerous radicality of the left, leading to greater spiritual desperation in the Church, leading to a spiritual awakening in the society? What if the worst-case scenario for tens of millions of conservative voters resulted in the transforming of even more millions of hearts in the years ahead?…

I encourage you to put your faith in God to work out His best purposes in the midst of chaos and crisis. Hysteria and frenzy are not fruits of the Spirit. Faith and peace are. And so, while I am deeply concerned about the state of our nation and know that many lives are at stake, I have a great sense of anticipation as well. The ultimate Grandmaster has a plan. stream.org/god-the-elections-and-4-d-chess/

The point with all this is to remind ourselves of some basic truths. If we only look at the very latest in vote counting in the US, we can easily get depressed and discouraged. Indeed, I just said this to another person: “Up until a few hours ago I was spending every waking moment closely watching the numbers. But I have stopped doing that now, for two main reasons: one, it was getting too depressing, and two, it was taking my focus and trust away from God. So to regain some much need balance, I am not looking much at the counting at the moment.”

So we need to step back and try to get the bigger picture. Everything happening in the US right now is NOT catching God by surprise. It is NOT worrying him. It is NOT the end of his purposes and plans – whether for America or the whole world.

Yes, and as always, we dare not let these biblical truths turn us into fatalists where we just resign from life and do nothing. The truth that God is in control is NOT meant to be a signal to us that we stop working, stop praying, and stop doing all we can to see righteousness established in our social and political spheres.

So please, no cop outs here and no pulling back from our role and responsibility to be salt and light. We must keep engaging, while we also keep trusting that God is in charge, and that he is indeed seeing things heading the way he wants them to.

We all see through a glass darkly, and we have quite limited understanding of what God is up to in American politics – and elsewhere. But we do have plenty of understanding – based on what God has already told us – that God can be fully counted on to achieve his purposes and that we can fully trust him in all things – even in US election outcomes.

21 Replies to “Stand Back and Get the Big Picture”