Those familiar with the Hebrew prophets will know that they often invoke the image of the watchman. There are various senses in which the figure of watchman is employed. Of course Yahweh is ultimately the watchman who looks over and protects Israel. God watches over his people to provide for them, deliver them, nurture them and lead them.

But Yahweh also appointed leaders (especially the prophets, but also the priests) who would act as watchmen. They were appointed to keep watch, and see what was coming, and alert the people to danger. Many are the threats to God’s people and the watchman must be on the lookout for such dangers and traps.

Chris Wright explains the vivid and challenging nature of the watchman metaphor: “Picture an Israelite village or city in time of invasion, or the army encampment during a military campaign. Sentries would be posted by day and night on a tower or some elevated place, and charged with the crucial task of watching for any movements of the enemy. If they spotted any such danger, it was their responsibility to blow a trumpet or horn, or call out loudly, to awaken the rest of the inhabitants or army to the situation. Early warning could save lives. Sentry duty was thus an awesome responsibility.” 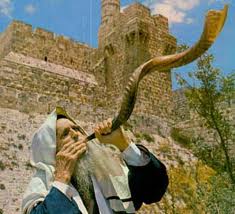 He continues, “The sentry need not be a valiant soldier himself. He is not called on to formulate the battle plans or co-ordinate the defence. His only responsibility is to stay awake, to see what is coming and to sound the alarm so that people can be ready and lives can be saved.”

Daniel Block also explains what is involved: “Persons chosen for sentry duty were generally stationed on lookout towers strategically placed on the walls of the city, the roofs of gatehouses (2 Sam. 18:24), or towers outside the city (2 K. 9:17). The watchman’s charge involved paying careful attention to the enemy’s movements. In the face of imminent attack, he would blow his horn (shophar), summoning the soldiers to arms, and civilians to take cover (Ezek. 33:3-6).”

But watchmen not only looked out for dangers from without, but warned God’s people of coming judgment if they abandoned their covenant relationship with Yahweh. Thus watchmen also called a rebellious people back to the law of Yahweh and the covenant obligations they had abandoned. That is certainly the message of Jeremiah 6:16-19:

“This is what the LORD says: ‘Stand at the crossroads and look; ask for the ancient paths, ask where the good way is, and walk in it, and you will find rest for your souls. But you said, “We will not walk in it.” I appointed watchmen over you and said, “Listen to the sound of the trumpet!” But you said, “We will not listen.” Therefore hear, O nations; observe, O witnesses, what will happen to them. Hear, O earth: I am bringing disaster on this people, the fruit of their schemes, because they have not listened to my words and have rejected my law.”

Thus one type of danger a good watchman would be on the lookout for was the chastising hand of God himself. A watchman must warn a rebellious people of coming divine judgment if they will not return from their wicked ways. As R.K. Harrison comments, “God had appointed His prophets as sentinels of the faith to give due warning of approaching spiritual disaster. The trumpet blast was the signal for taking refuge (cf. 6:1; Am. 3:6), but despite all warnings the people refused to flee from the wrath to come.”

But perhaps the most well-known – and extensive – passages on watchmen come from the book of Ezekiel. Ezek. 3:16-21 and 33:1-20 both contain lengthy – and somewhat similar – calls to the role of watchman. The main difference between the two passages seems to lie in the fact that the former deals with the private calling of Ezekiel, while the latter concerns his public calling.

Daniel Block explains, “A responsible watchman would blow the trumpet at first sight of danger, calling the warriors to take up defensive positions at strategic points of the wall, while the women and children retreated to refuges within the city. If the citizens failed to respond to his warning and were slaughtered in the attack, the watchman was absolved of responsibility for the lives of the victims. He had fulfilled his duty; their blood would be upon their own hands. But if they heeded the warning, they would escape with their lives.”

The emphasis here seems to be on the responsibility of the sentry to sound the alarm clearly and impartially. As Iain Duguid comments, “The focus of the present passage [3:16-21] is not so much on the change that may be wrought in individuals who hear his message, but on the responsibility laid on Ezekiel to preach to all, regardless of their response.” As Douglas Stuart reminds us, “The watchman is responsible to warn; the people are responsible to act for themselves after that.”

These passages from Ezekiel remind us that watchmen can fail in their duties. Indeed, there are good watchmen and bad watchmen. Some who are called to be watchmen are simply not up to the task. Consider what Isaiah says about Israel’s leaders: “Israel’s watchmen are blind, they all lack knowledge; they are all mute dogs, they cannot bark; they lie around and dream, they love to sleep. They are dogs with mighty appetites; they never have enough. They are shepherds who lack understanding; they all turn to their own way, each seeks his own gain” (Is 56:10-11).

The leaders were called to be two things at least: watchmen, who warn of impending external dangers, and shepherds, who internally care for the needs of the flock. The leaders were doing neither of these things. Instead, they were self-absorbed, only concerned about themselves. As Alec Motyer comments, “The eyes of the leaders, which should be turned outwards, whether in guardianship (10a-d) or in care (11c-f) are turned inwards to their own welfare.”

By failing to look out for the community, these blind leaders were leaving the people open to attack. Although it is less apparent in the English than in the Hebrew, three times in these two verses it is said of these watchmen that they “do not know”. They were clueless about what was happening around them, and what was about to happen, because of their indolence and self-centredness.

The need for watchmen today

Isaiah certainly used very strong language indeed as he rebuked these useless watchmen. And we must bear in mind that God’s leaders today also carry the responsibility of being watchmen, or sentries. We too must warn of danger from without and sin and judgement to come from within. But many leaders are not doing their prophetic task. They have fallen asleep, and have not seen the urgency of the hour.

It seems there are at least three areas in which watchmen are needed today. One concerns the various threats and attacks from without. These can come in the form of false religions, attacks by unbelievers, secularist crusades, cultic invasions, or different challenges to the Christian faith. There are plenty of such external threats which the church must be constantly alerted to.

A second need for sentry duty is to warn those who do not yet know Christ as Saviour and Lord. They are headed for a lost eternity, and we have the solemn obligation to warn them of wrath to come. As John Taylor mentions in his commentary on Ezekiel, “a man dying unwarned would be regarded virtually as the victim of a murder committed by the watchman who failed in his duty. It is of course put metaphorically, but it none the less emphasizes the overwhelming responsibility with which Ezekiel was entrusted. The Christian’s responsibility to warn a lost generation is surely no less terrifying.”

Iain Duguid offers a similar warning: “The seriousness of the message must never be obscured by the desire to make the medium more attractive. The preacher’s task is not to entertain or inform but to plead passionately with men and women to flee the wrath that is to come on account of sin. The preacher is commissioned to call clearly for repentance and turning to Christ, to be a watchman rather than an entertainer.”

The third duty of the contemporary Christian watchman is to warn of dangers from within: apostasy, heresy, moral failure and the like. Leaders must protect the flock, and that will involve warnings, rebuke, and a stern word at times. As Chris Wright remarks:

“The task of rebuke and warning is difficult to do in a way that is sensitive and yet effective. But to avoid it for fear of hurting people’s feelings is like a sentry failing to sound the alarm for fear of upsetting people by disturbing their sleep. Those of us called to pastoral ministry must not trifle with people’s spiritual health if we are aware that they are in spiritual danger.”

I conclude with a warning: The job of a watchman is not easy. It is a thankless and lonely task. Many will not like the sound of the sentinel, and will even fight against it. As John Taylor puts it, the calling to be a watchman is “an awful responsibility”. Like Ezekiel, a modern-day watchman will be “a lonely figure who is committed to the task of standing apart from his fellow-men in order that he can keep a constant vigil and warn his people of dangers that lie ahead.”

Difficult as it may be, Christian leaders today are called to be watchmen. With so many attacks on the Christian faith from both without and within, the church of Jesus Christ needs more than ever men and women who will stand on the towers, fight off the drowsiness, resist the criticisms, and stay alert, sounding the alarm. That is our calling and we dare not shrink back from it.

13 Replies to “On the Need for Watchmen”