The cultural and ideological battles raging around us do not exist in a vacuum, nor have they happened by accident. There are those who hate the West and want to destroy it and make it into their own image. Many groups and individuals are actively at work in this assault on the West.

Many movements and groups can be mentioned, but here I wish to focus on just one. It has been hugely influential in undermining the West and bringing about cultural Marxism. Even though Marxism as a political force is greatly diminished, it is still alive and well in its cultural form. I refer to the Frankfurt School. 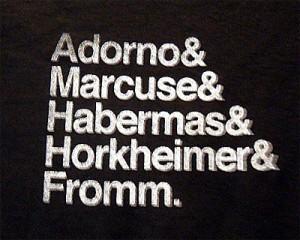 Much has been written on this revolutionary movement, and all that can be done here is to offer a brief summary of it and its influence. And given that very good write-ups already exist, I will not reinvent the wheel here. Instead I will draw upon a helpful recent summary article by Timothy Matthews.

Just what exactly is the Frankfurt School? “Well, in the days following the Bolshevik Revolution in Russia, it was believed that workers’ revolution would sweep into Europe and, eventually, into the United States. But it did not do so. Towards the end of 1922 the Communist International (Comintern) began to consider what were the reasons. On Lenin’s initiative a meeting was organised at the Marx-Engels Institute in Moscow.

“The aim of the meeting was to clarify the concept of, and give concrete effect to, a Marxist cultural revolution. Amongst those present were Georg Lukacs (a Hungarian Marxist theoretician he developed the idea of ‘Revolution and Eros’ – sexual instinct used as an instrument of destruction) and Willi Munzenberg (whose proposed solution was to ‘organise the intellectuals and use them to make Western civilisation stink. Only then, after they have corrupted all its values and made life impossible, can we impose the dictatorship of the proletariat’)”

The ‘School’ was started at the University of Frankfurt in 1923. “When Hitler came to power, the Institut was closed and its members, by various routes, fled to the United States and migrated to major US universities – Columbia, Princeton, Brandeis, and California at Berkeley.”

Many important names are associated with the School: “The School included among its members the 1960s guru of the New Left Herbert Marcuse, Max Horkheimer, Theodor Adorno, the popular writer Erich Fromm, Leo Lowenthal, and Jurgen Habermas – possibly the School’s most influential representative.”

So what was the aim of these men? “Basically, the Frankfurt School believed that as long as an individual had the belief – or even the hope of belief – that his divine gift of reason could solve the problems facing society, then that society would never reach the state of hopelessness and alienation that they considered necessary to provoke socialist revolution. Their task, therefore, was as swiftly as possible to undermine the Judaeo-Christian legacy. To do this they called for the most negative destructive criticism possible of every sphere of life which would be designed to de-stabilize society and bring down what they saw as the ‘oppressive’ order. Their policies, they hoped, would spread like a virus—‘continuing the work of the Western Marxists by other means’ as one of their members noted.”

They devised strategies by which the destruction of the West could quickly and effectively take place: “To further the advance of their ‘quiet’ cultural revolution – but giving us no ideas about their plans for the future – the School recommended (among other things):

“1. The creation of racism offences.
2. Continual change to create confusion.
3. The teaching of sex and homosexuality to children.
4. The undermining of schools’ and teachers’ authority.
5. Huge immigration to destroy identity.
6. The promotion of excessive drinking.
7. Emptying of churches.
8. An unreliable legal system with bias against victims of crime.
9. Dependency on the state or state benefits.
10. Control and dumbing down of media.
11. Encouraging the breakdown of the family.”

If anyone is wondering why the West is embarked upon sexual suicide, much of the answer can be found in the Frankfurt School: “One of the main ideas of the Frankfurt School was to exploit Freud’s idea of ‘pansexualism’ – the search for pleasure, the exploitation of the differences between the sexes, the overthrowing of traditional relationships between men and women. To further their aims they would:

“• attack the authority of the father, deny the specific roles of father and mother, and wrest away from families their rights as primary educators of their children.
• abolish differences in the education of boys and girls.
• abolish all forms of male dominance – hence the presence of women in the armed forces.
• declare women to be an ‘oppressed class’ and men as ‘oppressors’.
Munzenberg summed up the Frankfurt School’s long-term operation thus: ‘We will make the West so corrupt that it stinks’.”

Matthews explores each of these areas in more detail, and then makes this summary statement: “The School believed there were two types of revolution: (a) political and (b) cultural. Cultural revolution demolishes from within. ‘Modern forms of subjection are marked by mildness’. They saw it as a long-term project and kept their sights clearly focused on the family, education, media, sex and popular culture.”

Another detailed article, complete with references, is also worth reading (see second link below). But as this very brief introduction demonstrates, it is not by accident that we see the West in moral freefall, especially with sexual degradation leading the charge.

Sure, in a fallen world, human sinfulness will gravitate toward such a direction anyway. But when guided and prodded along by activists who seek to speed up the process of cultural decline, then things deteriorate really quickly indeed.

To engage in the culture wars effectively, one needs to know whom one is fighting against. The Frankfurt School is not the only aggressor we face, but it is one of them, and an important one at that. Being aware of such movements help us to make sense of the rapid degeneration of the West, and lets us know that we really are in a war. Now is not the time to opt out of this conflict. The stakes are far too high to choose non-involvement.