In the West today women have been reduced to sex objects and seem to exist only to titillate men. Our hyper-sexualised, pornified culture reduces women to pieces of meat on display. If the sexual revolution was meant to bring liberation, it sure did not liberate women – it simply turned them into sex slaves.

Some may think it is a bit of harmless fun, but it is not. But again, don’t take my word for it. Why not listen to what one of their former top models has to say about all this. I refer to Kylie Bisutti who walked off the sleaze catwalk two years ago. 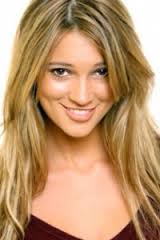 She was a rising star, right up there with all the other parading bodies, but she came to see that this was no life for a woman – or a human being. She recently had her story told to the New York Post, and it is worth sharing portions of it here.

The article begins: “Kylie Bisutti had reached the pinnacle of her career as a Victoria’s Secret Angel. But instead of feeling proud, she felt exploited. She tells why she turned to faith after the fashion industry put her through hell. ‘But I’m married! And completely in love with my husband,’ I replied, refusing to meet.

“During the Angel competition, I was encouraged to play down my marriage to Mike, because I was supposed to be flirting with everyone all the time. A lot of models don’t talk about their relationships unless they’re married to a celebrity, like Miranda Kerr and Orlando Bloom, which is more of a draw to the brand. [Kerr recently decided to hang up her Angel wings.]

“After winning the competition, I signed with the top modeling agency in the world, IMG. Mike and I got an apartment in California, because that’s where a lot of the photo shoots are, but I was also flying to New York every other week for shoots there, too.

“Kylie Bisutti made a stunning debut at the 2009 Victoria’s Secret fashion show. Two years later, she refused to pose provocatively. One of the first shoots I was sent on was at a photographer’s studio in Brooklyn to help build my portfolio. They raved about his artistic work.

“The day after that FHM shoot, I knew my life had to change. I told my agent that I wouldn’t model lingerie anymore. So, they sent me to bathing-suit shoots. Then, I got a call to do the famous Sports Illustrated swimsuit issue. But looking through the magazine, those bikinis are sometimes skimpier than lingerie. So I turned that down, too.

“Two years after I won the Angel Search, I realized I didn’t want to model anything that sold sex. At the time, a Victoria’s Secret lingerie show was airing on TV, and I was looking at Twitter and saw loads of tweets from women comparing themselves to the impossible image of the models.”

Her faith in God and her commitment to her marriage brought about the change: “I was traveling with my husband on a business trip and, from the hotel room, I sent out my own tweet. ‘I quit being a VS model to be a Proverbs 31 wife.’ (Proverbs 31 talks about being a virtuous and capable wife that a husband can trust. It says, ‘Charm is deceptive, and beauty does not last; but a woman who fears the Lord will be greatly praised.’)

“I hadn’t modeled lingerie in months, but it was the first time I’d gone public with my reason. Surprisingly, my agent, who I hadn’t warned about the tweet, was supportive of my decision. The only backlash I got was from some models I know who felt judged by my decision who commented on my tweets.

“Quitting modeling has probably cost me millions of dollars. Victoria’s Secret Angels have the longest careers in the business. Even after they stop modeling lingerie, they can go on to host TV shows, like Heidi Klum, or design clothes, like Gisele. But I’ve never been more content.”

Like anyone else with a sexual addiction, there is real hope and real healing available here. Kylie and many others have radically turned their lives around. Others can too. These folks certainly need our support and prayers.

9 Replies to “Sleaze Abandoned for Marriage and Family”