In an age where relativism and subjectivism reign, and moral absolutes and universal truths are deplored and denied, then the greatest evil becomes “judgmentalism” and “intolerance”. If there are no objective moral absolutes, then to make a moral judgment is seen as the height of intolerance and bigotry.

And if there are no ultimate truths, then to make any claim with certainty is to be guilty of the sin of arrogance and narrow-mindedness. But by now any rational and logical reader should be asking a few questions. That is because it is quite apparent that those relativists who are claiming there are no absolutes are of course making absolute claims. 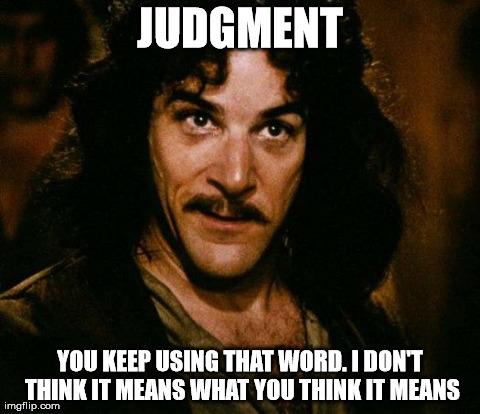 They are absolutely sure that there are no such things as absolutes. And they will get really upset with you if you disagree! Indeed, if you dare to question the conventional wisdom on anything – be it global warming or homosexuality – all hell will break loose as you are accused of ugly judgmentalism and hate-filled bigotry.

Yet when the other side trots out their angry agendas and biased beliefs, this is not hateful or intolerant. Go figure. And of course the side that screams the most about tolerance and acceptance and diversity is in fact the side that is most intolerant, un-accepting, and opposed to real diversity.

No wonder the usual response to anything we say is a tsunami of hate, name-calling and mud-slinging. I have actually started saving all the hate-mail I get, and it could easily be turned into a rather interesting book. Hardly a day goes by when I am not subjected to a barrage of hate, bile and abuse – all in the name of tolerance of course.

Let me just offer a few examples that have come in during the past few days:

“Since you’re too scared to email me directly, why don’t you follow on from Fred Phelps and just die? It would be so much easier for both of us. Rest assured, so long as you peddle your abuse I will expose you.”

“You sick little puppy, Bill – you’re no longer a threat. you do a public service – you gather the weirdos and the freaks and the nastiest people ever to your website. Bill, most people think of you as a freak and when they think more they realise how horrible and nasty and pointless you are. Seriously, you and all who are delude like you, there is a special place in hell reserved for you.”

“Christianity is a cult, and they belong in jail for breaking the law.”

So that is the intellectual climate we now find ourselves in. It is of course to be expected from angry atheists and hot-headed homosexuals. But so pervasive is this contaminated climate that the church has taken on board far too much of this.

Many Christians today are so conned by political correctness and the spirit of the age that they buy wholesale the foolishness about not judging anyone and not criticising anything. I constantly get misguided believers assuring me that I am a lousy Christian because I am “judgmental” and “narrow-minded”.

When I seek to explain to these biblically illiterate Christians that of course we are to judge, they will get very defensive and uptight. This is especially the case if they have issues in their own lives that need attention. “You can’t judge me!” they will shout. “Who are you to judge me?”

But if they are at all open to biblical realism, you can remind them of some home truths here. We are told throughout the New Testament to judge, to test, to discern, to assess, to rebuke, to hold one another to account, to make moral distinctions, and to pronounce judgment when and where it is due.

If they do concede any of this, they will likely still carry on with strict reservations: “Well, maybe we can judge things or ideas, but we are never to judge people”. Oh yeah? Sez who? Have these folks actually even read their Bibles? There we find people are being judged all the time.

The truth is, it is pretty hard to separate what a person does or says from who he is. A person who steals is called a thief. A person who lies is called a liar. Sure, the behaviour is sinful and must stop, but the person doing the sin is of course inseparable from the actions.

Paul does not just judge the activity, such as sexual immorality, but clearly judges the person doing it, such as the sexually immoral. They of necessity go together. And earlier in this epistle Paul specifically targets individuals for judgment, not just their actions.

In 5:1-5 we read, “It is actually reported that there is sexual immorality among you, and of a kind that even pagans do not tolerate: A man is sleeping with his father’s wife. And you are proud! Shouldn’t you rather have gone into mourning and have put out of your fellowship the man who has been doing this? For my part, even though I am not physically present, I am with you in spirit. As one who is present with you in this way, I have already passed judgment in the name of our Lord Jesus on the one who has been doing this. So when you are assembled and I am with you in spirit, and the power of our Lord Jesus is present, hand this man over to Satan for the destruction of the flesh, so that his spirit may be saved on the day of the Lord.”

Paul does not just judge this horrible sin of incest; he judges the individual doing it. Of course he had to deal specifically with this sinner in the Corinthian congregation. And they should have as well. And in 6:1-5 we find Paul saying this:

“If any of you has a dispute with another, do you dare to take it before the ungodly for judgment instead of before the Lord’s people? Or do you not know that the Lord’s people will judge the world? And if you are to judge the world, are you not competent to judge trivial cases? Do you not know that we will judge angels? How much more the things of this life! Therefore, if you have disputes about such matters, do you ask for a ruling from those whose way of life is scorned in the church? I say this to shame you. Is it possible that there is nobody among you wise enough to judge a dispute between believers?”

What a clarion call for believers to exercise discernment, make moral judgments, and engage in vitally important church discipline. All this is a lost art in most churches today. And Paul can be even more direct in his approach. Consider how he publicly rebuked Peter, as we read about in Galatians 2:11-14:

“When Cephas came to Antioch, I opposed him to his face, because he stood condemned. For before certain men came from James, he used to eat with the Gentiles. But when they arrived, he began to draw back and separate himself from the Gentiles because he was afraid of those who belonged to the circumcision group. The other Jews joined him in his hypocrisy, so that by their hypocrisy even Barnabas was led astray. When I saw that they were not acting in line with the truth of the gospel, I said to Cephas in front of them all, ‘You are a Jew, yet you live like a Gentile and not like a Jew. How is it, then, that you force Gentiles to follow Jewish customs?'”

‘Oh, but Jesus would never do that’ some of these invertebrate believers will claim. Poor Peter knows how bogus this is. Remember the episode as found in Matthew 16 where Peter rebukes Jesus and says he will not be killed. What does Jesus say in reply in v. 23? “Get behind me, Satan! You are a stumbling block to me; you do not have in mind the concerns of God, but merely human concerns.”

As I say, the secular world has declared moral pronouncements and truth claims to be anathema. Of course they would. But why in the world should the church of Jesus Christ follow suit? We are called at all times to stand for truth – privately and publicly.

And we are also to make moral pronouncements and judgments. Failure to do so means we are refusing to act as Jesus instructed us to act. Sure, we must do all such things in a prayerful, careful and timely fashion. And we must stay on our knees in an attitude of humility, aware of our own vulnerability.

But our refusal to make moral pronouncements and stand for truth is a damning indictment on a church which has lost its way, and has blindly succumbed to the ungodly world around it. No wonder we are so ineffective, and making no real difference in the world.