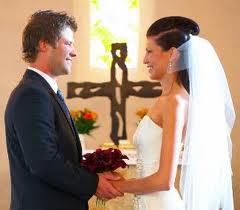 Today especially there are plenty of activist groups out there seeking to destroy marriage and family, chief of which being the radical homosexual lobby. But it is sadly true of course that we have done a pretty lousy job of preserving marriage ourselves.

Indeed, with easy divorce, rampant adultery and fornication, widespread promiscuity and debauched hedonism the norm throughout the West, we have done a pretty good job of making a mess out of marriage as well. Thus heterosexuals have a lot to answer for, and Christians especially need to do some heavy repenting here.

But still, when activist groups are telling us that they want to destroy marriage, we really need to pay attention to them, and act accordingly. And as my books and articles have demonstrated over the years, there are many such forthright activists. As but one example, lesbian journalist Masha Gessen is quite candid about what her side has in mind here:

It’s a no-brainer that (homosexual activists) should have the right to marry, but I also think equally that it’s a no-brainer that the institution of marriage should not exist. …(F)ighting for gay marriage generally involves lying about what we are going to do with marriage when we get there — because we lie that the institution of marriage is not going to change, and that is a lie.
The institution of marriage is going to change, and it should change. And again, I don’t think it should exist. And I don’t like taking part in creating fictions about my life. That’s sort of not what I had in mind when I came out thirty years ago.
I have three kids who have five parents, more or less, and I don’t see why they shouldn’t have five parents legally… I met my new partner, and she had just had a baby, and that baby’s biological father is my brother, and my daughter’s biological father is a man who lives in Russia, and my adopted son also considers him his father. So the five parents break down into two groups of three… And really, I would like to live in a legal system that is capable of reflecting that reality, and I don’t think that’s compatible with the institution of marriage.

In the light of all this, where is the church of Jesus Christ? Why are there not more Christian leaders speaking out about this and taking a stand? Why are most pulpits stone-cold silent about all the pressing social and moral issues of the day, such as the assault on marriage, the war on the unborn, and so on?

Some leaders are taking a stand, but far too few. Consider one US-based initiative:

Declaring that “God will not be mocked,” the American Pastors Network (APN) is calling upon clergy to preach in support of traditional marriage on Sunday, June 1st, in response to recent court rulings that overturned same-sex marriage bans in Oregon and Pennsylvania. “This flagrant and arrogant attack on God-ordained marriage and on the freedom of all Americans demands a response,” APN said in a press release Tuesday denouncing the rulings. Sam Rohrer, APN’s president and a former Pennsylvania state representative, urged pastors and other Americans to support traditional marriage, telling CNSNews.com that they have the “duty and…responsibility to teach their people about civic freedom…as well as the spiritual…as our founding pastors did in this country.”

Another initiative in the US is the 2014 March for Marriage in Washington DC. This is actually the 2nd Annual March for Marriage, and is now a very important event on the pro-faith and pro-family calendar. Please plan to attend. You can see more details about this key event here: www.marriagemarch.org/

Finally, one small but brave band of resistance fighters have been taking on the gaystapo for years in the US state of Massachusetts. MassResistance is now a veteran fighting unit, doing great things to protect marriage and to resist the homosexualist vandals.

One recent article describes the work of these brave troopers, and how they are now helping pro-marriage forces around the globe to grow some backbone and to resist the activists. The article begins:

The few workaholics at the pro-family MassResistance long have been fighting for traditional values, parental involvement in schools, and responsible education system decisions. Until now, they’ve focused much of their attention on Massachusetts, which has provided no lack of work. But now their outreach is touching those who want to pull the reins on “gay-straight” clubs, promotions of books like “King and King” to children, and other components of a strategy pursued by homosexuals to make those lifestyle choices mainstream in Estonia. And Hong Kong. And Finland. And more.
The organization created a straightforward video presentation a few months ago simply describing the changes in their state because of the advance of homosexual “marriage” and more. For example, people getting fired for their personal beliefs about lifestyle choices. Or that lawyers can fail their bar exam if they don’t know the proper way to deal with “gay marriage,” and its inevitable breakup. Or that the taxpayers, through their state and local health departments, are teaching children “how to perform sex acts on other males” and giving them a list of “bars in Boston where men can meet for anonymous sex.”
And taxpayers are distributing the “black book.” Word started spreading. Officials with Mass Resistance soon were contacted by activists in Australia, and now the group’s report is being produced on a DVD in order to provide to churches and other organizations trying to enlighten the nation about the impact of making the lifestyle choice mainstream.

So in the US some activities are taking place, some leaders are waking up to the war we are in, and some resistance is being raised against the militants. But when I look around a place like Australia I wonder where all the leaders are. Where are the brave Christian men and women who are taking a stand here?

There really are very few indeed who even have a clue as to the war we are in and who are doing something about it. I salute these few great saints. But where are all the rest? Why is the church as a whole asleep here? Who will awaken God’s people from their deadly trance?

We desperately need some champions here who will stand up for God’s institutions of marriage and family. What will it take to get some Christian leaders to snap out of their slumber, put on a bit of courage, and lead God’s people in this most important of battles?

Or will the church just sleep through this revolution as well? Time will tell.

20 Replies to “Who Will Stand For Marriage?”