Let me say at the outset, in order to avoid any misunderstandings, that I am a firm believer in wealth creation and the free market. Time and time again it has lifted the masses out of poverty like no other system. So I am certainly no socialist. Thus my concern here is how Christians use their wealth.

Sadly, far too many, as James 4:3 puts it, ‘consume it upon their lusts’. Instead of using these riches for the Kingdom, and to generously help others, too many have simply become lovers of money, which is the root of all evil (1 Timothy 6:10). And all this is made worse by wretched theologies, such as the health and wealth gospel. 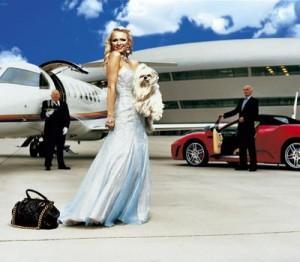 The heresy of the prosperity gospel should be obvious to anyone who actually reads their Bible. Scripture throughout warns about luxury, prosperity and material wealth. The dangers associated with wealth and materialism are stressed repeatedly.

The Old Testament prophets especially focus on this theme, with the use of one’s material possessions being a major topic of prophetic utterance. A number of key passages could be explored. Amos especially rails against the luxury and prosperity of his day, in the face of hardship and deprivation for so many.

As Douglas Stuart comments, “Yahweh’s concern for the plight of the poor and the decadence of the rich pervades the book. The misuse and abuse of economically weak people by those with economic power is condemned from the outset.”

Amos 6:1-7 is one very powerful denunciation of the wealthy and powerful. In their luxury and lavish lifestyle, they have forgotten about the poor and the oppressed. Indeed, they brought about the problem: their wealth is obtained at the expense of the poor. Thus strong words of judgment are pronounced through the prophet.

As one listens to the prosperity preachers of today, one wonders how different they actually are to the religious elite of Amos’ day. They seem to display the same smugness and arrogance: I am wealthy as a result of God’s favour, he must be pleased with me.

Yes, God can and does favour his people with wealth, but they must be very careful on various fronts. They must not let it become a snare to them, they must be generous with such wealth, and they must remember the source of these riches. Consider the many warnings found in Deuteronomy. A strong warning about all this comes in Deuteronomy 8:10-18 for example:

When you have eaten and are satisfied, praise the LORD your God for the good land he has given you. Be careful that you do not forget the LORD your God, failing to observe his commands, his laws and his decrees that I am giving you this day. Otherwise, when you eat and are satisfied, when you build fine houses and settle down, and when your herds and flocks grow large and your silver and gold increase and all you have is multiplied, then your heart will become proud and you will forget the LORD your God, who brought you out of Egypt, out of the land of slavery. He led you through the vast and dreadful desert, that thirsty and waterless land, with its venomous snakes and scorpions. He brought you water out of hard rock. He gave you manna to eat in the desert, something your fathers had never known, to humble and to test you so that in the end it might go well with you. You may say to yourself, “My power and the strength of my hands have produced this wealth for me.” But remember the LORD your God, for it is he who gives you the ability to produce wealth, and so confirms his covenant, which he swore to your forefathers, as it is today.

Praise and obedience was to be the result of God’s hand of blessing on Israel. Yet pride and the sense of personal achievement, not Yahweh’s blessing, could easily emerge instead. Thus there is a need to find the balance between enjoying God’s provision without making it a god. This was a dilemma Wesley recognised. When a man becomes a Christian, he tends to become more responsible, diligent, hard working. This results in wealth creation. But after a while the wealth becomes a snare and a pitfall that leads many away from God.

Commenting on this passage, Chris Wright notes that “there seems to be a balancing truth – which is fairly characteristic of OT thinking on economic matters and is well illustrated in Israelite history – that sufficiency generates praise (vv. 7-10), but surplus generates pride (vv. 12-14).”

Indeed, as J. G. McConville notes, the central theme of Deut. 8 is the “temptation to self-sufficiency”. He continues, “Deut. 8 is perhaps the greatest statement of human dependence on God for everything. . . . The line of thought in the chapter brilliantly portrays the moral dangers of plenty”.

Daniel Block speaks about “the idolatry of success” and says “success may not be proof of either personal well-being or divine favor. Failure to acknowledge God in success proves that we are at root Canaanites, and that our faith is just a modern version of ancient fertility religion. Nothing provokes the ire of God like ingratitude for his grace.”

There are other such warnings found in Deuteronomy, as in Deut. 6:10-12 and Deut. 11:15-16. And the prophets refer to this often. Jeremiah for example makes this charge against Israel: “Why should I forgive you? Your children have forsaken me and sworn by gods that are not gods. I supplied all their needs, yet they committed adultery and thronged to the houses of prostitutes” (5:7).

Again we find the theme of God’s provision met with not just indifference and forgetfulness, but outright rebellion. They committed adultery (probably both physical and spiritual) even though, as J. A. Thompson puts it, “Yahweh satisfied them and gave them all they needed. One is reminded of the picture of Hos. 2 in which Gomer, wife of Hosea, went after lovers, refusing to recognize that her husband had provided her with all she needed.”

Hosea also picks up this theme: “The more the priests increased, the more they sinned against me; they exchanged their Glory for something disgraceful” (4:7). Once again we see the warnings of Moses coming to pass. As Stuart notes, “The words of the verse reflect Deut 32:15-16 closely. Abundance produces an accrued wealth, which in turn results in false security and the temptation to abandon God for some competing divinity. The resulting religion is degenerate.”

More of the same is found in Hosea 13:6: “When I fed them, they were satisfied; when they were satisfied, they became proud; then they forgot me”. Again, instead of acknowledging their dependence on God, they became proud and boasted of their own abilities. Thus they ‘forgot’ Yahweh. As David Hubbard notes, “Self-reliance – including reliance on their self-adopted and self-sustained religion (cf. 2:13) – lay at the heart of the crime.”

The graphic imagery is among the strongest in the entire OT. However, a good competitor would be Ezekiel 16. This too is a very strong passage using very powerful imagery to describe the wretched condition Israel had fallen to. Again the images of harlotry and unfaithfulness are used. Again the idea of God’s spurned blessings is emphasised.

Raymond Ortlund remarks, “With a repetitive directness pounding with intensity, in verses 16-21, Yahweh lists the generous gifts which he had bestowed upon his bride and which she in turn parlayed into the worship of other gods, betraying her lawful husband.”

The warning of Deut. 6:10-12 is again tragically played out in Israel’s history. As Ralph Alexander puts it, “The very gifts God had given to Jerusalem had become the means of her downfall, for she loved the gifts rather than the giver.” This entire amazing chapter deserves comment, but suffice it to say that the prosperity preachers should have gotten the message by now.

Wealth and success can easily become a curse instead of a blessing. As Wright comments, “The temptation to make the gifts of God the object of trust instead of trusting in the giver himself is one that has never failed to snare God’s people through history, and is still a deadly trap for many of us today.”

Much of this can be summarised in this important passage: “And he gave them their request; but sent leanness into their soul” (Ps. 106:15 KJV). While the context of this verse has to do with the period in the wilderness, it in a sense conveys much of Israel’s history in the OT. Israel got all that she longed for, but in the end it did her no good – it really did become a curse, not a blessing.

The blessings of God should not be treated lightly. They should not be taken for granted. Nor should they be the main focus of our Christianity. God deserves to be worshipped and obeyed for who He is, not for what he provides. Warren Wiersbe said, “We must love the Giver and not just the gifts; for to love the gifts and not the Giver is the essence of idolatry.” Or as G. K. Chesterton once put it, “The gift without the giver is bare”.

Let me close with Psalm 73, where Asaph nearly loses his faith because of the prosperity of the wicked. Calvin Beisner makes this observation: “Just as one who marries for money is contemptible, so also is one who serves God for money, or comfort, or safety, or health, or power. Whoever serves God only to gain a reward from Him actually holds the reward more precious than God. The sole reward we should seek in serving God is God Himself. . . . God Himself must be our ultimate satisfaction.”

Part Two of this article can be found here: billmuehlenberg.com/2014/06/10/warnings-about-riches-new-testament/