Speaking the truth is always risky for the simple reason that most people don’t want to hear the truth. In a fallen world full of selfish and sinful people, the truth is the last thing most folks want to hear. To actually receive truth – especially spiritual truth – means you may need to admit you are wrong and in need of some big changes in your life.

But most people prefer living their selfish, sinful lives. Jesus nailed it 2000 years ago when he said this very thing: “This is the verdict: Light has come into the world, but people loved darkness instead of light because their deeds were evil. Everyone who does evil hates the light, and will not come into the light for fear that their deeds will be exposed. But whoever lives by the truth comes into the light, so that it may be seen plainly that what they have done has been done in the sight of God.” (John 3:19-21) 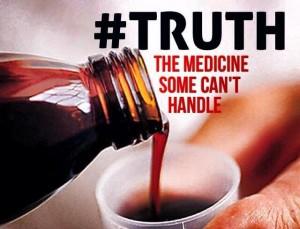 Christians of all people are called to speak truth, even if it may be risky and costly. But for that very reason, far too few Christians actually will stand up and speak truth. They have learned that they can live a quiet and peaceful life if they simply stay silent about the things that matter.

So truth speaking is rather rare today. But then again, it always has been. And we can find plenty of biblical examples of those who did dare to speak truth getting into really big trouble for doing so. In my regular reading I came upon two more such cases, both in 2 Chronicles. In 2 Chronicles 16 we learn about the king of Judah who imprisoned a prophet for simply telling him that he needed to rely on God alone! Check out verses 7-10:

At that time Hanani the seer came to Asa king of Judah and said to him: “Because you relied on the king of Aram and not on the Lord your God, the army of the king of Aram has escaped from your hand. Were not the Cushites and Libyans a mighty army with great numbers of chariots and horsemen? Yet when you relied on the Lord, he delivered them into your hand. For the eyes of the Lord range throughout the earth to strengthen those whose hearts are fully committed to him. You have done a foolish thing, and from now on you will be at war.” Asa was angry with the seer because of this; he was so enraged that he put him in prison.

Yep, speaking truth will get you into trouble. Two chapters later we find a very similar situation. King Ahab asked 400 [false] prophets if he would succeed in battle, and they all said yes. He then asked the one true prophet, Micaiah. He told him he would be defeated.

This of course was not well received, and he was rebuked for saying this. Yet Micaiah could only reply, “As surely as the Lord lives, I can tell him only what my God says.” (2 Chronicles 18:13) And the result? Yep, he too was thrown into prison (v. 26).

So speaking biblical truth will always get some people mad. Jesus certainly knew all about this, so why should we be surprised if it happens to us? And it will indeed happen. It happens to me all the time. For example, I might with the best of intentions share a passage of Scripture or a neat quote from some saint of old, and I will actually be rebuked for doing this – by other Christians!

I once posted what was seemingly an innocuous and perfectly true post elsewhere about the need for Christians to be as concerned about the believers being slaughtered in Iraq right now as they are about their favourite sporting event. Is there anything there that is biblically untrue, or was this in any way an unloving and unChristlike thing to say?

I wouldn’t have thought so, as wouldn’t have most Christians. Yet incredibly, I actually had believers get very upset with me about this and attack me! Go figure! The very fact that they reacted in such an angry and passionate fashion may tell us a bit about where they are coming from.

Normally, if something touches a raw nerve, the biblical response is to go before God on your knees and spend some time with Him, searching your heart. The biblical response is certainly not to get mad, lash out at the person saying these things, and actually shoot the messenger. So truth telling is always something that can result in plenty of angry reactions from others – even fellow believers.

On another occasion I simply posted a quote about the need for God’s people to stay humble, stay on their knees, and stay in a habit of repentance. But this too got some other believers all bent out of shape. I am left reeling whenever this happens. Simply trying to encourage others in the faith and to urge them on in Christ is actually met with angry reactions!

I guess that is something I will never fathom. All Christians should love God’s truth. And an obvious sign of godliness and true humility is to accept biblical truths, and not lash out at those who present them. It was the Pharisees of course who did this constantly.

They hated what Jesus said, demonstrating that they were none of his. Indeed, Scripture is full of hundreds of exhortations, rebukes, corrections, warnings and chastisements to the people of God. Judgment must begin at the household of God as Peter tells us. God is preparing a bride, and we must do our bit to weed out sin and seek his grace to be pure and spotless.

Those believers who think they need none of this are actually the ones who need it the most. To walk with God means to walk in humility, knowing just how far short we are. It means being willing to let him do his cleansing work in our lives. If we think we have no need of this, we are likely none of his. The church is desperately in need of getting on its knees, and staying in an attitude of humility and repentance – beginning with myself of course.

Again, I can see why so very few believers speak out. The pain and rejection and hate really can be overwhelming at times, when fellow believers actually get mad at you for sharing biblical truth. Let me tell you, it can be a real kick in the guts. Yet Jesus never stopped speaking truth, despite all the rejection, opposition, hatred and abuse he faced. So we must do the same.

It goes without saying that we must speak the truth in love, and sometimes waiting for the right time to say something is important. But to simply post a general Bible verse, or a great quote from a man or woman of God, and to get angry reactions to it – well, that tells me there might be something wrong with those lashing out, and not with those seeking to share biblical truth.

Spurgeon had it right when he said, “Truth seldom goes without a scratched face, for men love her not.”

12 Replies to “The Risk of Truth Speaking”